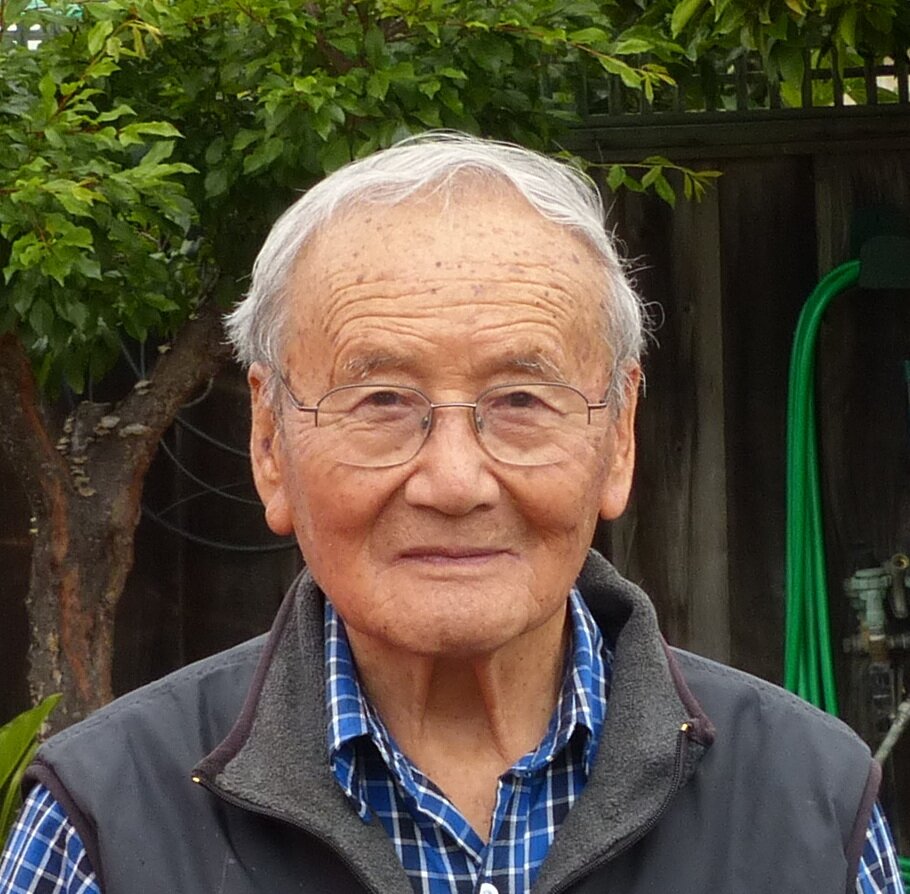 Please share a memory of Stanley to include in a keepsake book for family and friends.
View Tribute Book
Stanley Pei Chen of Santa Cruz, CA, passed away peacefully in his home on October 3rd, 2022. He lived to 102 years old. Stanley was born in 1920 in China and grew up with his two brothers and three sisters. He emigrated to the United States in 1948, working as a houseboy for a couple of years for the family who had sponsored him. His first job was at a wood shop on Soquel Drive; he specialized on the wood lathe. At night, he attended classes to become a journeyman electrician, using a Chinese/English dictionary to translate the class material. By 1954, he was able to get his license to be an electrician. Stanley retired in 1985. He became a U.S. citizen in 1962. He met May in Santa Cruz where she worked at her family’s laundry. They married in 1963 and had two sons. Stanley was better known to his friends as “Pei.” He loved talking to people and sharing his opinions and advice to anyone willing to listen. It did not bother him if they had trouble understanding his broken English. He had a wit and sense of humor that lit up the room, and he was generous to his friends. In his retirement years, Stanley loved spending time in his backyard garden, planting and tending to an amazing variety of plants. He was always curious about the latest tech gadgets as well. He is survived by his wife, May, his two sons, Michael and Steven, as well as two granddaughters, Kathryn and Kimberly. Stanley will be missed by his family and friends. His funeral will be held in the Mission Chapel at Santa Cruz Memorial Park on Friday, October 21 at 1 PM. It will be followed by a brief graveside ceremony.
To send flowers to the family or plant a tree in memory of Stanley Chen, please visit Tribute Store
Friday
21
October

Share Your Memory of
Stanley
Upload Your Memory View All Memories
Be the first to upload a memory!
Share A Memory
Send Flowers
Plant a Tree