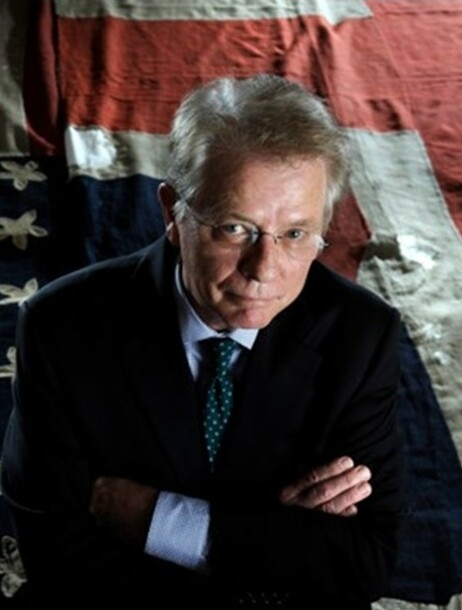 Please share a memory of Benjamin to include in a keepsake book for family and friends.
View Tribute Book
Ben Zaricor, age 74, passed away at his home in Soquel, CA, attended by his family on June 8, 2022. He was born on November 10, 1947 in Shelby, TN, to Carl E. Zaricor and Patricia C. (nee Malone) Zaricor. Ben was raised in Tennessee, attending schools locally. He graduated in 1965 from Memphis, Tennessee’s Overton High School, where he exhibited a fondness for economics before enrolling as a sociology major at Washington University in St. Louis. While in Missouri, 1966-1970, Ben worked in the library at Washington University; became interested in progressive movements, the anti-war cause and active in university politics, eventually becoming president of the WASHU Student Union. In 1969 he witnessed a young man being beaten by plainclothes police for wearing an American flag vest. This moment changed his life and initiated his passion for flags; the power of symbol and the injustices inherent in power. It was also during his tenure in St. Louis that he met and courted Louise Veninga. Shortly before their 1971 marriage, the Zaricors began a company, Fmali Inc., with an idea to import bicycles from Asia. They pursued this plan for nearly a year, aiming to import container loads of bikes from China. Unfortunately, their supplier did not come through, so the Zaricors began planning to go directly to China, envisioning a promising future for those who made the first contacts with the Chinese as their economy began to open up. For the next three decades, Ben and his wife were involved in the importation, processing and distribution of teas, herbs and spices to food and beverage companies all over the world. Their first success was with the Chinese analgesic ointment Tiger Balm. This blossomed in to connections in San Francisco’s, Chinatown that led to ginseng; another success story – that also expanded into publishing. The Zaricor’s moved to Santa Cruz, California, and in 1972 and Ben founded the Good Earth Tea Company under the Fmail brand. In 1976 they received approval from the Chinese government, the 1st granted since 1949, to export containers of herbs and botanicals, and became a primary source of botanicals and spices for a then-developing U.S. herbal market. Over the next decade, they became the leading supplier to Celestial Seasonings, Thomas J. Lipton and many other tea, herb and spice companies. Ben continued as the CEO of this expanding and growing successful national brand until the company was sold in 2005. Ben never lost sight of his progressive ideals and in 2000, against formidable odds, Ben led a grass-roots effort to obtain a presidential pardon for a friend from his anti-war days in St. Louis. The friend had been wrongly convicted of violating the 1968 federal anti-riot act during an anti-war protest after the Kent State incident in May 1970. Although the pardon campaign was a difficult, complicated, emotionally charged, and daunting process, with an outcome that many politically experienced people thought was unlikely to occur, the almost yearlong project was ultimately successful, resulting in a full pardon for Howard Mechanic on the last day of the William Clinton presidency. Concurrently, Ben had been gradually amassing an enormous collection of flags and flag-related items. The legendary collector, vexillologist and first Chief Curator of the Zaricor Flag Collection (ZFC), Howard Michael Madaus "one of the best, if not the best, American flag collections in the country." Anne Crump of American Spirit Magazine once described Ben Zaricor as "the owner of a collection of American flags that makes vexillologists' hearts flutter." The book entitled "The American Flag: Two Centuries of Concord & Conflict" is drawn from an incredible ZFC of over 3,700 flags, and related items, the largest private collection in the nation. Ben also co-founded the landmark 2003 exhibition at the Presidio of San Francisco on the history of the American flag. which was described by the San Francisco Chronicle "one of the top 10 pop culture events of the year". The Zaricor Flag Collection, however, is not just about U.S. flags, it is also a home to flags from all over the world; from Renaissance Italy to Communist China. Ben and Louise also produced a PBS documentary, also entitled, 'The American Flag: Two Centuries of Concord and Conflict' that ran for 5 years. Together, in-between herbs, tea and flags, he and Louise raised three children, and built a home in Soquel, CA. Ben liked good books, old movies, short cigars, and eclectic gatherings of friends and family. He is survived by his three children; Tanya Marie Veninga-Zaricor, Carl Frederick Veninga-Zaricor, Karen Lesley Veninga-Zaricor, his older brother David Veninga, his 1st cousin Larry Raspberry and his wife Louise. Services will be held on June 14, Flag Day at the Santa Cruz Memorial's Oakwood Chapel, 3301 Paul Sweet Road, Santa Cruz, CA 95065
To plant a beautiful memorial tree in memory of Benjamin Zaricor, please visit our Tree Store

Look inside to read what others have shared
Family and friends are coming together online to create a special keepsake. Every memory left on the online obituary will be automatically included in this book.
View Tribute Book
Services for Benjamin Zaricor
There are no events scheduled. You can still show your support by planting a tree in memory of Benjamin Zaricor.
Plant a tree in memory of Benjamin

Share Your Memory of
Benjamin
Upload Your Memory View All Memories
Be the first to upload a memory!
Share A Memory
Plant a Tree