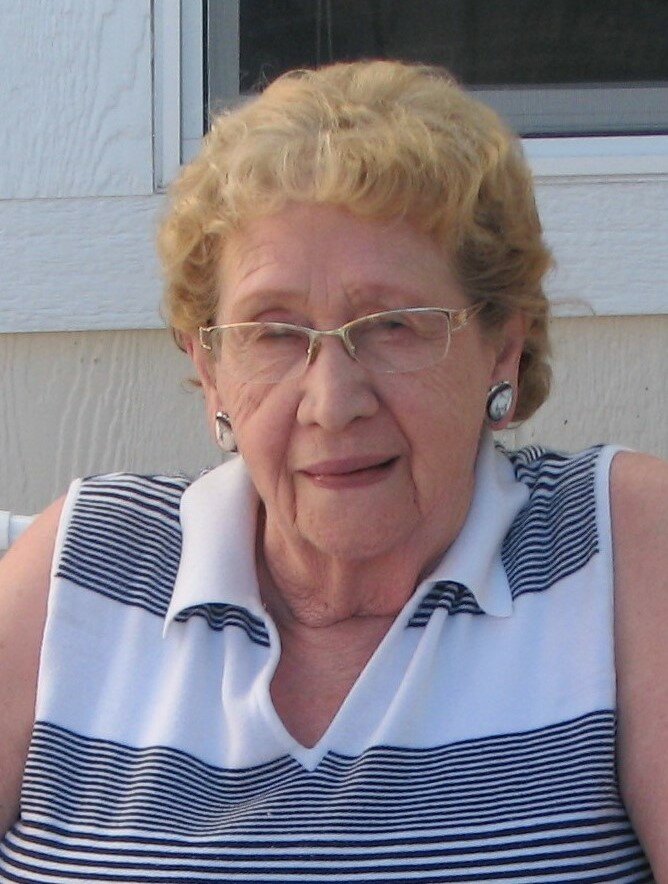 Please share a memory of Harriett to include in a keepsake book for family and friends.
View Tribute Book
Harriett Palmer passed away at her home in Gardnerville, Nevada on December 28, 2022. Harriett was a fourth generation Santa Cruzan, born on October 22, 1924 to Edna and Henry Frey. In addition, Harriett had three siblings, Sue, Jimmy and Bobby. Harriett is preceded in death by her husband Norman Palmer who passed in 1997. She will be laid to rest with Norman at Oakwood Memorial Park in Santa Cruz at a later date. She is survived by her three children Pat Locatelli, Tom Keck and Gary Keck; eight grandchildren and seventeen great grandchildren. Harriett was an active participant at Douglas County Senior Centers for the past eighteen years. She enjoyed end of life living at Carson Valley Care in Gardnerville where she was a strong enthusiast of both fitness activities and all social offerings.
To plant a beautiful memorial tree in memory of Harriett Palmer, please visit our Tree Store

Look inside to read what others have shared
Family and friends are coming together online to create a special keepsake. Every memory left on the online obituary will be automatically included in this book.
View Tribute Book
Services for Harriett Palmer
There are no events scheduled. You can still show your support by planting a tree in memory of Harriett Palmer.
Plant a tree in memory of Harriett

Share Your Memory of
Harriett
Upload Your Memory View All Memories
Be the first to upload a memory!
Share A Memory
Plant a Tree