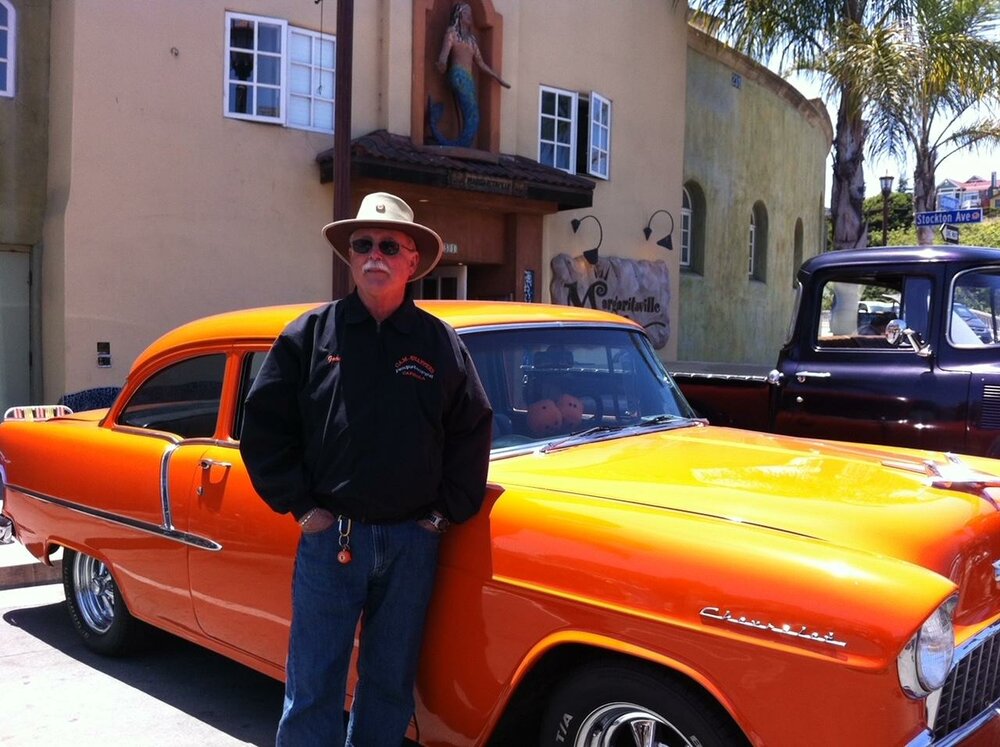 Please share a memory of Gary to include in a keepsake book for family and friends.
View Tribute Book
On November 27th, a kind and gentle soul left us. Gary Kinney passed away at his home surrounded by his loved ones. Gary was born in 1948 in Santa Cruz, California. He grew up in Sunnyvale, where he graduated from Homestead High. Gary went on to earn a degree in art from De Anza College. After being drafted and serving his stint in the army during the Vietnam War, Gary studied electronics and then went on to work for Atari during its heyday. Later, Gary worked in customer service for several years, as well as various other positions. Gary was a longtime resident of Santa Cruz. One of the many things Gary will be remembered for is his brilliant orange ‘55 Chevy, which was his pride and joy. He particularly enjoyed being a member of the Cam Snappers Car Club. Gary is survived by Darla, his loving wife of 52 years, daughter, Tamera Kinney, and sons, Brett Kinney and Ryan Kinney. He is also survived by his brother, Neal Kinney, and numerous other family members who will always remember his sweet, gentle smile, wry sense of humor, and twinkling blue eyes. He will be greatly missed. A celebration of Gary’s life will be held on January 5, 2023, at 1:00 pm at Monschke Hall, Twin Lakes Church, 2701 Cabrillo College Drive, Aptos, CA 95003. A reception will immediately follow. In lieu of flowers, the family requests donations to UCSF Diabetes Center at www.makeagift.ucsf.edu or Juvenile Diabetes Research Foundation (JDRF) at www.2.jdrf.org.
To send flowers to the family or plant a tree in memory of Gary Kinney, please visit Tribute Store
Thursday
5
January