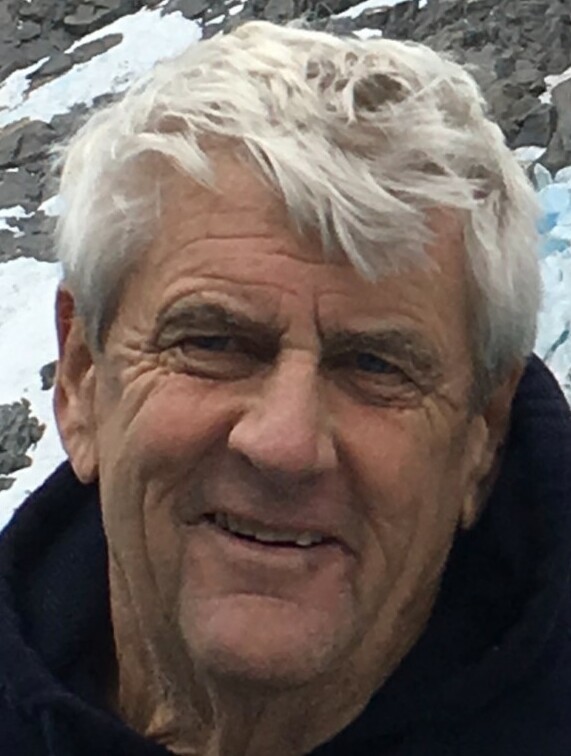 Please share a memory of Peter to include in a keepsake book for family and friends.
View Tribute Book
Peter Joseph Orr passed away peacefully on Sunday November 20th, 2022, surrounded by his loving wife of 49 years, Mary Ann, his two daughters, Elizabeth and Sarah, and his dear brother, David. He was a happy and generous person who lived a busy life full of love, adventure, and friendship. Peter was born on May 21st, 1947 in Los Angeles, California to his parents Allyn Fike and William G. Orr. After losing his mother as a child, Peter was fortunate to be legally adopted by Jean Orr when he was 10. His childhood included visits to his grandparents' farm in Pasadena, fishing with his mother in Mammoth, and testing his parents' patience. His freewheeling ways landed him quickly in and out of Occidental College and then on to Arizona State University where he majored in Economics. His six-foot 6-inch stature and youthful confidence charmed his future wife, Mary Ann, who he met while dealing cards in Lake Tahoe. He followed her across the country as they moved to Atlanta and then to Boston where he attended Harvard Business School. Peter graduated at the top of his class as a Baker Scholar with an MBA and a specialty in agricultural business. The smell of the ocean, the beauty of the Salinas Valley, and his business education led him to accept a job at a large lettuce company, J.R. Norton. At Norton he met Larry Eddings with whom he later partnered to open Pacific Gold Farms, a strawberry company. Peter, Larry, and their faithful team worked together for over 35 years operating Pacific Gold Farms and participating in other exciting entrepreneurial ventures. Peter, Mary Ann, and their two daughters shared many adventures including travels to Europe and the Middle East, weekend ski trips, daily boogie boarding, and camping in Big Sur. Peter's competitive spirit and strong work ethic inspired his children to follow their own passions in life – one as a respected Math teacher and the other as a successful restauranteur. Together they owned and operated Margaritaville in Capitola and Stokes Adobe in Monterey. Peter was also blessed with two lively grandsons, Jack O'Shea, and his namesake, Peter O'Shea, whom he loved dearly. Peter gave generously to his community throughout his life. He served as President of the Board of the Santa Cruz Museum of Art & History and was instrumental in the creation of Abbott Square. He also served on the board of the Monterey Jazz Festival as a financial advisor and supported his wife's long-standing participation on the Board of the Santa Cruz Symphony. Peter lived a full, rich life surrounded by family and friends who will miss him deeply. He accomplished great things but never lost his love of simple pleasures - watching his beloved Warriors, taking fishing trips with friends, taking Spanish lessons, playing golf at Monterey Peninsula Country Club with his sons-in-law, and swimming with his grandsons. Some of his happiest days were spent driving through the fields, talking on the phone, and counting boxes of strawberries. A service to celebrate the life of Peter Orr will be held at 11:00 AM December 17, 2022 at Calvary Episcopal Church in Santa Cruz followed by a reception. In lieu of flowers the family wishes memorial contributions be made to the Santa Cruz Museum of Art & History or to a charitable cause about which you are passionate.
To send flowers to the family or plant a tree in memory of Peter Orr, please visit Tribute Store
Saturday
17
December

Share Your Memory of
Peter
Upload Your Memory View All Memories
Be the first to upload a memory!
Share A Memory
Send Flowers
Plant a Tree