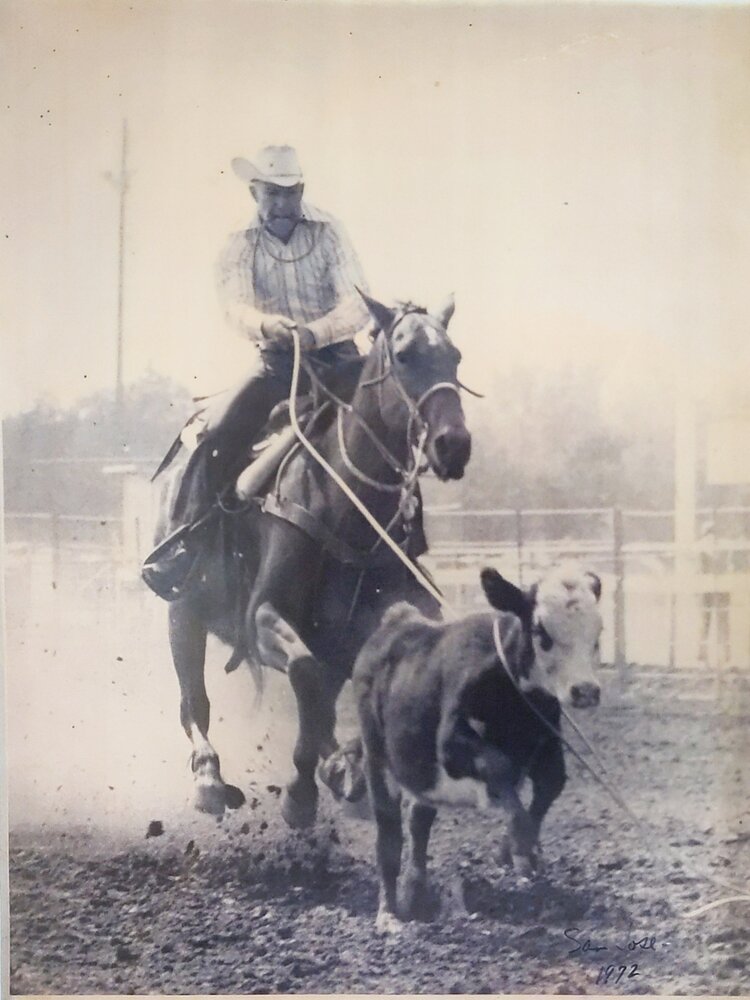 Please share a memory of Todd to include in a keepsake book for family and friends.
View Tribute Book
Todd Alonzo Brown, son of Worth and Jane Brown, passed away Monday, November 7th, at home surrounded by his family. His life was spent in service to his family and his fellow man with many notable accomplishments along the way. Todd was born in Santa Cruz, California, graduating from Santa Cruz High School then attending California State Polytechnic University Pomona and San Luis Obispo where he majored in Animal Husbandry and Ornamental Horticulture. He began working in the family business, The Brown Bulb Ranch of Capitola, California, as a young man, growing the largest crop of tuberous begonias in the world and founding the calla ranch in Marina, California, which grew to world recognition. Although he sailed many years as a young man with his father, the sport of rodeo became a lifelong love of his, riding bulls and broncs beginning at age 14. In his 20’s he began team roping and later added calf roping to his repertoire. He bred and raised quarter horses and studied the art of horsemanship with enthusiasm. He used both his professional and personal interests to mentor and support others throughout his life. Todd also touched and inspired many as the Chairman of the Red Cross Disaster Committee of Santa Cruz for 11 years. Survived by his former wife, Abigail Seaman and his five devoted children Kathryn (Kaupert), Kirk, Nolan, Worth, and Lance, 15 grandchildren and 27 great-grandchildren, he will be remembered as a loving and supportive father and grandfather. He is preceded in death by his only brother, Barclay Kirk Brown. Many others will remember his charismatic personality, his gifted interpersonal style and his generous and caring nature. Friends and family are invited to a memorial service on Tuesday, November 22nd at 11 AM at The Church of Jesus Christ of Latter-day Saints at 220 Elk Street, Santa Cruz, California.
To send flowers to the family or plant a tree in memory of Todd Brown, please visit Tribute Store
Tuesday
22
November

Share Your Memory of
Todd
Upload Your Memory View All Memories
Be the first to upload a memory!
Share A Memory
Send Flowers
Plant a Tree