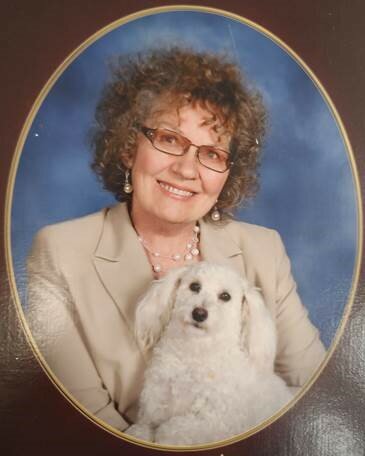 Please share a memory of Nancy to include in a keepsake book for family and friends.
View Tribute Book
Nancy Alice (Flann) Shephard, age 83, died peacefully in her sleep Wednesday, September 28th, 2022, at Dominican Hospital in Santa Cruz, California after a 12-year battle against cancer. Nancy was born July 23rd, 1939, in Minnesota to Ellsworth Johnson Flann and Ruth Marrielgien (Hunter) Flann. She married three times, Bob Louden, Karl Hoffman, and Paul Shephard. While in Minnesota, Nancy attended Augsburg College, worked as a secretary, waitress, and as an officer in the Salvation Army. After moving to Corning, California in 1978, for one year, she moved to Aptos, California. The educational opportunities in California for her children were one of Nancy’s motivations for moving and she was very proud that all of her children obtained college degrees. Nancy worked in Watsonville at the KOA Campground, at the Santa Cruz Library driving the bookmobile, and at Safeway in Aptos for over 20 years before retiring with a full pension. Even after retiring, Nancy continued to work, first as the manager at the Blue Pacific Mobile Home Park and later she enjoyed volunteering at the Helpful Shop. She loved to tend to her flourishing rose garden which she took great pleasure in. She also loved to travel with her family and friends. Her faithful companion for the last years of her life was her dog Einstein. Nancy’s faith was strong and she was a member of the Grace Lutheran Church in Lake Lillian, Minnesota, Christ Lutheran Church in Aptos, California, and later at the Episcopal Church of St. John the Baptist in Aptos, California, where she was a beloved friend and member. She also attended the Cowboy Church in Aptos, California. Nancy is survived by three children (Pamela Jo Wilden, Kalle David Hoffman, and Kristofer Duncan Hoffman), six grandchildren: Griffin Hoffman, Quinn Hoffman, Sagan Hoffman, Tytonidae Wilden, Neal Wilden, and Kirk Wilden, two great grandchildren: Connor Wilden and Amelia Wilden, and two brothers: Douglas Ellsworth Flann and Dallas Boyd Flann. She is preceded in death by her parents, sisters: Marrielgien Ellen Gaul and Sharon Charlene Seehusen and brothers: Duncan Davis Flann and Cyrus Ullssyes Alfonso Johnson Flann. Nancy was honored to have 85+ members of her family and closest friends attend her 80th birthday party in Aptos, California in July 2019, which she considered the true celebration of her life. A memorial service in her honor will be held at the Episcopal Church of St. John the Baptist in Aptos, CA on Saturday, October 8th at 1pm. The interment will follow in the Spring of 2023 at the Lake Lillian Community Cemetery, MN.
To send flowers to the family or plant a tree in memory of Nancy Shephard, please visit Tribute Store
Saturday
8
October

Share Your Memory of
Nancy
Upload Your Memory View All Memories
Be the first to upload a memory!
Share A Memory
Send Flowers
Plant a Tree