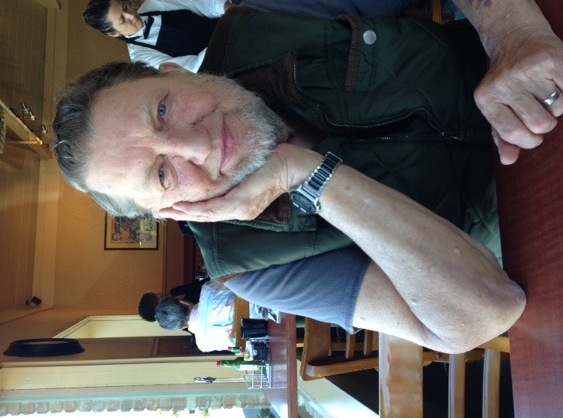 Please share a memory of George to include in a keepsake book for family and friends.
View Tribute Book
George Wayne Hofford was born in Two Harbors, Minnesota to Josephine Hofford (Weigel) and Nicholas Ignacious Hofford. At the age of seven, he moved with his parents and siblings Leon, Vivian and Donald to Portland, Oregon. He attended Powel Hurst Elementary School and graduated in 1953 from Gresham High School. He worked as a dispensing optitian for 30 years. After relocating to SJ, CA. George married Sharilyn Hofford. Together they had a son, Phillip Nicholas Hofford, affectionately called Ned. For the past 45 years George has been the husband of Sondramae (Sandy) Couser. They resided in Bonny Doon, CA. where he worked tirelessly preserving the redwoods as well as planting many flowers, fruit trees, hedges, and flowering bushes. Gardening was his hobby and passion. He left the land rustic but beautiful. Always an intellectual and learned man, George received a BA degree in Social Sciences at St. Mary’s College, an MA in Education at SJ State University, and worked at Castillaro Middle School as a Resource Specialist with Special Education students. George’s value for learning and education was further expressed through his establishment of a Trust with UCSC. This trust, originally initiated through the donation of his house and added to with other funding, supports Nano and Robotic Technology research. George is remembered by many for his gentle, friendly nature and ability to mentor and teach others. Following retirement, he and Sandy explored the world through ocean cruises. Unable to walk in his latter years he proudly rode his scooter all over the ships exploring many of their features. When at home, he listened to music nightly, played with his favorite dogs, Whopper and Dante, and continued to read books and scientific articles for pleasure. For many years he was a season ticket holder for the 49ers. George is survived by his wife and her daughter, his son Phillip and Phillip’s spouse Bob Reed. Donations in George’s memory can be made to a charity of your choice.
To plant a beautiful memorial tree in memory of George Hofford, please visit our Tree Store

Look inside to read what others have shared
Family and friends are coming together online to create a special keepsake. Every memory left on the online obituary will be automatically included in this book.
View Tribute Book
Services for George Hofford
There are no events scheduled. You can still show your support by planting a tree in memory of George Hofford.
Plant a tree in memory of George

Share Your Memory of
George
Upload Your Memory View All Memories
Be the first to upload a memory!
Share A Memory
Plant a Tree