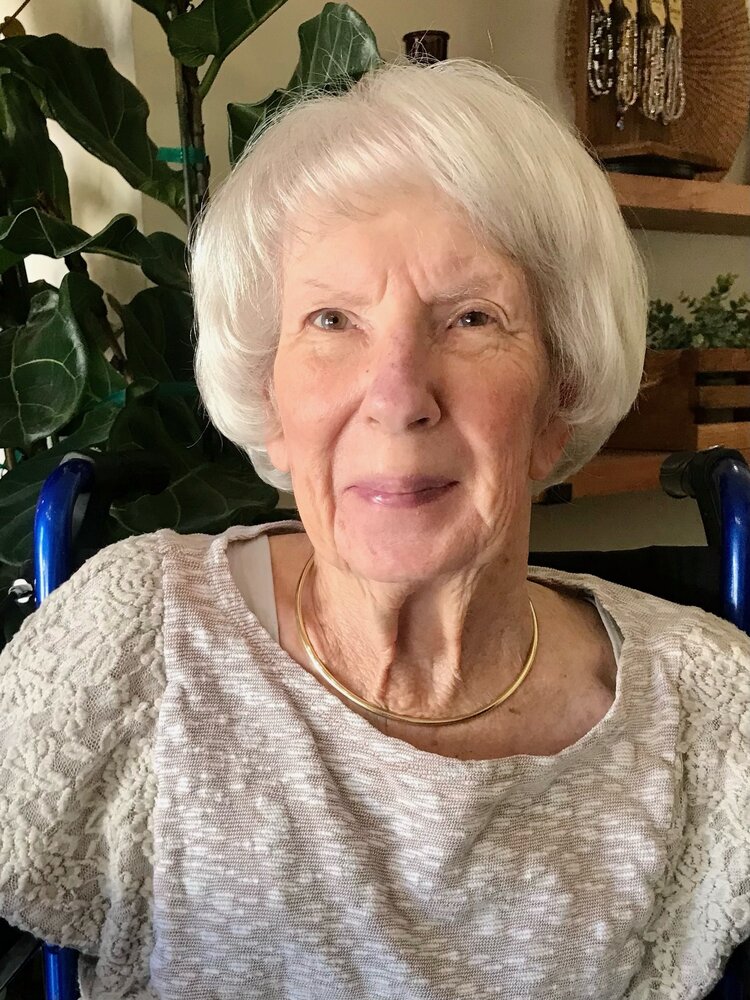 Please share a memory of Diane to include in a keepsake book for family and friends.
View Tribute Book
It is with a sad heart but a sense of peace that we share of the passing of Diane Margaret Meyer Wolfsen age 82 on Friday, September 9th after a multi-year battle with Parkinson’s. Diane was a loving wife, caring mother and grandmother, and exceptionally civic minded volunteer for all things Santa Cruz. Her boundless energy and positivity will be greatly missed by her family and community. Diane was born in Los Banos, CA and shared stories of growing up and getting her first job at the Los Banos Drug Store which her father founded. She attended the University of California, Berkeley for two years before taking a break to get married in 1961. Education was always a top priority for Diane and she returned to the University of California, Santa Cruz and graduated with Honors in Economics in 1990. Diane was preceded in death by her parents Harry Edwin Meyer and Alyce Ellen Hayes Meyer. She is survived by her loving husband of 61 years, Larry, their three children Lawrence (wife Sarah), Taylor, and Ann (husband Pete Montgomery), and five grandchildren: Zoe and Sasha Wolfsen and Grace, Meredith, and John “JT” Montgomery. Her zest for planning elaborate family dinners and holidays, complete with thematic tablescapes, will be dearly missed by her family. Outside of raising her family, Diane was committed to making the world a better place through her countless volunteer efforts. She was involved in P.E.O., Omega Nu, Genealogical Society of Santa Cruz, Shakespeare Santa Cruz, UCSC Foundation, Rainbow Girls, Daughters of the American Revolution, and pretty much any activity in which one of her children was a participant (Santa Cruz Gymnastics, SCHS Band Boosters, Boy and Girl Scouts of America). Not only did Diane participate and dedicate several years to these organizations, she held leadership roles, oftentimes President, in most of them. Volunteer efforts aside, the lifelong friendships she made through many of these organizations were the greatest gift of her participation. In addition to Diane’s charitable work, she had an endless thirst for knowledge. She spent over 40 years researching her family’s genealogy; tracing the family lineage all the way back to the signing of the Magna Carta. In addition, she spent years working towards and achieving the status of Life Master Bridge Player competing in several different bridge clubs throughout the county. One of the happiest roles Diane played in her lifetime was co-pilot to husband Larry Wolfsen. Together, they traveled to all 50 states, almost all of them in Larry’s airplane. Bi-annual gatherings in Sunriver, OR with the grandchildren and her “Yes, let’s go!” travel attitude will be missed by her entire family. The absence of Diane’s quick wit, party planning abilities, and “Let’s celebrate the little things” attitude will be felt by all who knew her. In lieu of flowers, donations can be made to the Omega Nu Scholarship Fund or the Genealogical Society of Santa Cruz County. Friends and family are invited to a Celebration of Life on October 14th, 2:00 p.m. at Hollins House in Santa Cruz.
To send flowers to the family or plant a tree in memory of Diane Wolfsen, please visit Tribute Store
Friday
14
October

Share Your Memory of
Diane
Upload Your Memory View All Memories
Be the first to upload a memory!
Share A Memory
Send Flowers
Plant a Tree