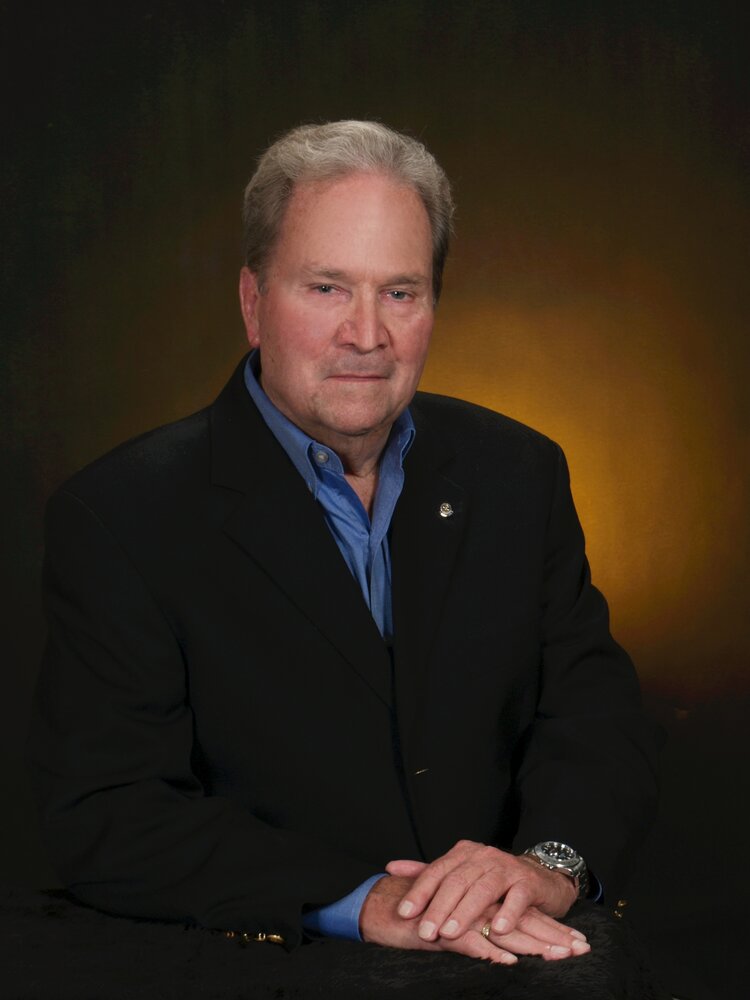 Please share a memory of Stephen to include in a keepsake book for family and friends.
View Tribute Book
Steve Spragens entered his heavenly home on August 10, 2022 after a lengthy decline in health from Parkinson’s. He had an incredible full 88 years. Born in Cincinnati Ohio to Laura Vinetta (Robinson) and Stanley Taylor Spragens on December 8, 1933. He loved the family atmosphere in Terrace Park and visiting with both sets of grandparents. Later in 1945, the family moved to Cocoa Florida. Until his mid-twenties, everyone called him Jerry. He graduated from Bolles School in Jacksonville Florida which was a military boarding school where he met many lifelong friends. Later he attended Duke University and enlisted in the United States Airforce where he served for 4 years. While in the USAF, he married Ramona Hostman and they had a son, Clifford Mitchell Spragens. After moving to Santa Cruz, California, they were divorced. Initially when Steve moved to Santa Cruz, he worked for Sylvania Electronics and in 1962 he joined the founding group of Plantronics, Inc. as that company’s first Marketing/Sales Manager and Employee #5. His successful career there spanned over 17 years including being VP Marketing and International and working with NASA in Houston and Cape Canaveral where Plantronics equipment and headphones were used for space and ground applications and where he personally worked with Wally Schirra, Gordon Cooper, Buzz Aldrin, Alan Shepard, Gus Grissom, Neil Armstrong and John Glenn. The famous words uttered by Neil Armstrong from the surface of the moon were heard over Plantronics’ mics. Those times were a highlight of Steve’s life. After retiring from Plantronics in 1980 he became active in real estate development and sales both in Santa Cruz and Oregon. During his time in Santa Cruz, he married Gillian Reid who was a Pan Am Stewardess. They traveled extensively and took many memorable trips during their 33 years of marriage. Later they moved to Oregon (Sun River and Portland) until their divorce. They had a daughter, Samantha Ann, who has been a great joy in Steve’s life and now lives with her husband Tom in Sherwood Oregon. Through the years, Steve had many interests like photography, travel and golf but flying and sailing were his favorites. He was an instrument rated private pilot and co-owned a A36 Bonanza Airplane and owned a sailboard in the Santa Cruz Yacht Harbor. In 2005, he married Carol Manson and they have had many wonderful years together sharing memorable family events and lots of travel. Sharing their faith and attending High Street Community Church and enjoying the many friends they made there have been highlights of their lives. He was always active in community matters….especially Rotary in Lake Oswego and Bend Oregon and Santa Cruz. An interesting fact is that he was in the first graduating class of Cabrillo College in 1960. He had been a board member of the Second Harvest Food Bank as well as Delta School. The last 3 years, he resided at Westwind Memory Care Community. His family thanks the excellent care he received there and from Continuum Hospice. He is survived by beloved spouse Carol, loving Daughter Samantha, Granddaughter Lexie Hodges and Great Granddaughter Sklyee Anderson of Mobile Alabama, caring Sister Holly Spragens of Foster City and Step- Daughter, Lisa Thiebout and Step-Son, Scott Thiebout. He was preceded in death by his son, Clifford Spragens of Mobile Alabama. Steve was man who always strived to do the right thing, no matter the circumstance. He was a true Gentleman and will be greatly missed by us all.
To plant a beautiful memorial tree in memory of Stephen Spragens, please visit our Tree Store

Look inside to read what others have shared
Family and friends are coming together online to create a special keepsake. Every memory left on the online obituary will be automatically included in this book.
View Tribute Book
Services for Stephen Spragens
There are no events scheduled. You can still show your support by planting a tree in memory of Stephen Spragens.
Plant a tree in memory of Stephen

Share Your Memory of
Stephen
Upload Your Memory View All Memories
Be the first to upload a memory!
Share A Memory
Plant a Tree