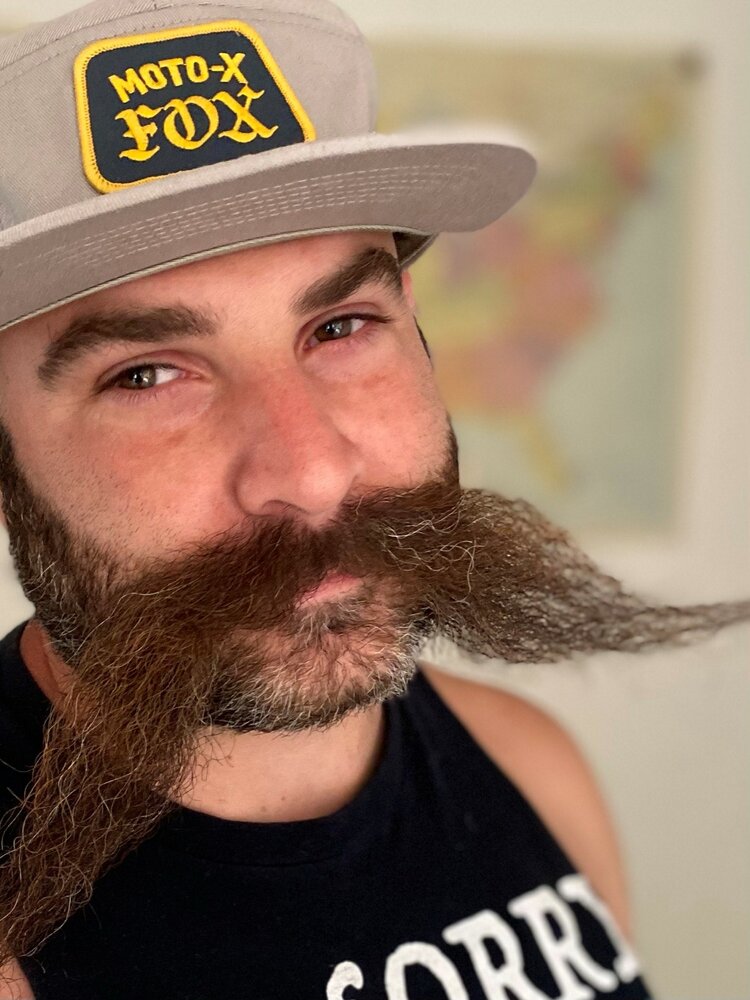 Please share a memory of Damian to include in a keepsake book for family and friends.
View Tribute Book
On July 23, 2022, our loving friend and lifelong Scotts Valley and San Lorenzo Valley resident, Damian Lanctot, died in a motor vehicle accident in the Santa Cruz mountains. Damian was one week shy of his 39th birthday. This untimely tragedy took place as Damian was coming home from work at Lockheed. He was riding his motorcycle along the familiar country roads that he loved, to get home to his best friend and beloved wife, Melissa. The impact of this sudden and unimaginable loss is felt deeply by all who knew and loved him. Damian was born in Santa Cruz at the old Community Hospital on August 1, 1983, to Mr. and Mrs. Paul Arthur Lanctot. Surrounded by his 5 sisters, Damian enjoyed a vibrantly active childhood. His life was greatly shaped by his father’s creativity and kindness, nurturing Damian’s passion for tinkering and building, as could be seen in the many tree houses Damian took pride in building as a young child. As Damian grew, his enjoyment in activities involved welding, building and remodeling his home. He felt the freest at heart when riding any of his motorcycles, especially his dirt bikes. Damian attended schools in Santa Cruz and Scotts Valley, ultimately graduating from Harbor High School in 2002. Working in the manufacturing industry most of his early career, Damian ultimately landed at Lockheed, where he enjoyed more than fifteen years of employment. At Lockheed, Damian was awarded for his teamwork. His coworkers respected and adored him. Damian valued the many true friendships he built at Lockheed over the years. Damian’s heart was filled with a sincere kindness that shone brightly. He selflessly gave his time and energy, finding great satisfaction in helping loved ones, friends, and neighbors. He was a genuine soul who was caring and thoughtful. He brought light to those around him with his great sense of humor. And he shared his playful spirit and joy not only with his wonderful friends, but also with his dogs—dear companions he loved greatly. He also had a special knack for mentorship. He was proud to be evolving from a learner to a teacher. Patient and kind, he was happy to share his skills and his time with everyone. But Damian’s greatest pride and source of true joy was the deep love he shared with his amazing wife, Melissa. Childhood sweethearts and the best of friends, they first met while attending Scotts Valley Middle School and started dating the summer after high school graduation. Their love truly “sparked”—first falling in love while welding together. They accepted each other as they were—no expectations to be any different—and allowed each person to be who they were meant to be. He was the best partner a woman could dream of, dedicating himself each day to finding new ways to make her happy. They married and grew a beautiful and loving life together in the Santa Cruz mountains that lasted on Earth for nineteen years. Their love will continue to live forever in Melissa’s heart. Damian, your giving spirit has taught us what is truly important. Once again, you lead the way. Or as you would say, “You ready? Let’s ride.” A Celebration of Life will be held for Damian on Sunday, September 18th, 1–4 p.m., at Highlands Park, Ben Lomond, CA.
To send flowers to the family or plant a tree in memory of Damian Lanctot, please visit Tribute Store
Sunday
18
September

Share Your Memory of
Damian
Upload Your Memory View All Memories
Be the first to upload a memory!
Share A Memory
Send Flowers
Plant a Tree