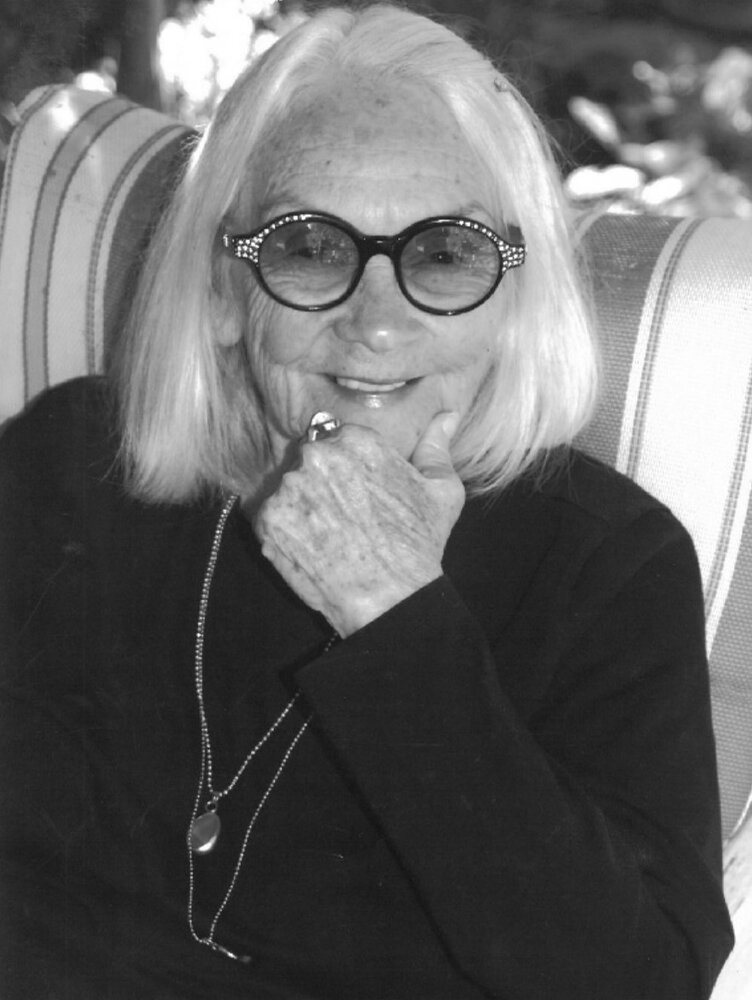 Please share a memory of Marta to include in a keepsake book for family and friends.
View Tribute Book
Well known regional watercolor artist, Marta Gaines, passed away on August 13th. She was raised in Fort Worth, Texas and studied art at both Texas State College for Women in Denton and as an exchange student in Saltillo, Mexico. In early 1946, she became a flight attendant for American Airlines and flew in DC-3s. After her children were born, she continued her studies in art at McMurray College in Abilene, Texas. In 1968, Marta moved to Santa Cruz where she resumed her education at both UCSC and Cabrillo College. Gaines painted murals for the Tarrant County Hospital in Fort Worth and the Hall of Texas History at the Fort Worth Museum of Science and History. She also painted murals for the Salz Tannery, the Branciforte Plaza in Santa Cruz, and a 10’x40’ mural for the Lettunich building in Watsonville, CA. Gaines’ art also showed at many local galleries including Cupola Gallery, Cedar Street Gallery, and Nido Gallery in Moss Landing. She is well known for life drawings and portraits, as well as watercolors of the slough and wetlands. She is survived by her son, Andrew Gaines of Santa Cruz, daughters, Amy McCrimmon Jackson of Santa Fe, NM & Catherine McCrimmon Goggans of Camden, ME, four grandchildren and two great grandchildren.
To plant a beautiful memorial tree in memory of Marta Gaines, please visit our Tree Store

Look inside to read what others have shared
Family and friends are coming together online to create a special keepsake. Every memory left on the online obituary will be automatically included in this book.
View Tribute Book
Services for Marta Gaines
There are no events scheduled. You can still show your support by planting a tree in memory of Marta Gaines.
Plant a tree in memory of Marta

Share Your Memory of
Marta
Upload Your Memory View All Memories
Be the first to upload a memory!
Share A Memory
Plant a Tree