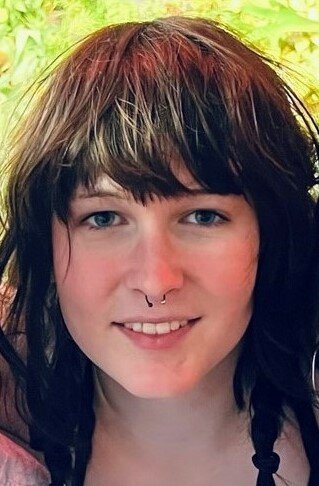 Please share a memory of Naomi to include in a keepsake book for family and friends.
View Tribute Book
Naomi Fleig passed away suddenly on May 26th in Felton, California. She was 21 years old. Naomi was born on September 6th, 2000 in Bellevue, Washington. Her first 11 years were spent in Washington state where she developed a life-long affinity for animals. She was always known for spotting and “rescuing” tiny creatures around her home and while on vacation. Her favorite toy was a bug capture kit which she put to regular use. Naomi was a very compassionate child, often reaching out to help others in need. In 2011 Naomi moved with her family to San Jose, California where she graduated from High School and first developed her musical talents by learning piano, guitar, voice and even the synthesizer. She performed at a local coffee shop and would “jam” with friends. Naomi always surrounded herself with a diverse array of friends - many of whom she would develop deep relationships with and who would remain in her circle for years to come. Naomi’s witty humor was widely recognized by family, friends and teachers. She was the center of attention wherever she went. In the Fall of 2021 Naomi made a huge step toward independence when she moved to the Santa Cruz area to attend Cabrillo Community College toward a career in phlebotomy. It was in Santa Cruz that Naomi found her stride and began making concrete plans for her future. She worked several jobs but found her home at Woodstock Pizza. Her love for animals never abated. She rescued three rats, a squirrel and a rabbit in those eight short months living away from home. Naomi is survived by her mom, Amanda, dad, Roger, and three younger siblings: Grady, Asher and Scarlett. A ceremony will be held on Thursday June 9th at 1:30 PM at Oakwood Memorial Chapel in Santa Cruz. If Naomi touched your life, we invite you to attend. In lieu of flowers, we ask that you honor Naomi’s passion for animals by donating to Native Animal Rescue of Santa Cruz (https://nativeanimalrescue.networkforgood.com/).
To send flowers to the family or plant a tree in memory of Naomi Fleig, please visit Tribute Store
Thursday
9
June

Share Your Memory of
Naomi
Upload Your Memory View All Memories
Be the first to upload a memory!
Share A Memory
Send Flowers
Plant a Tree