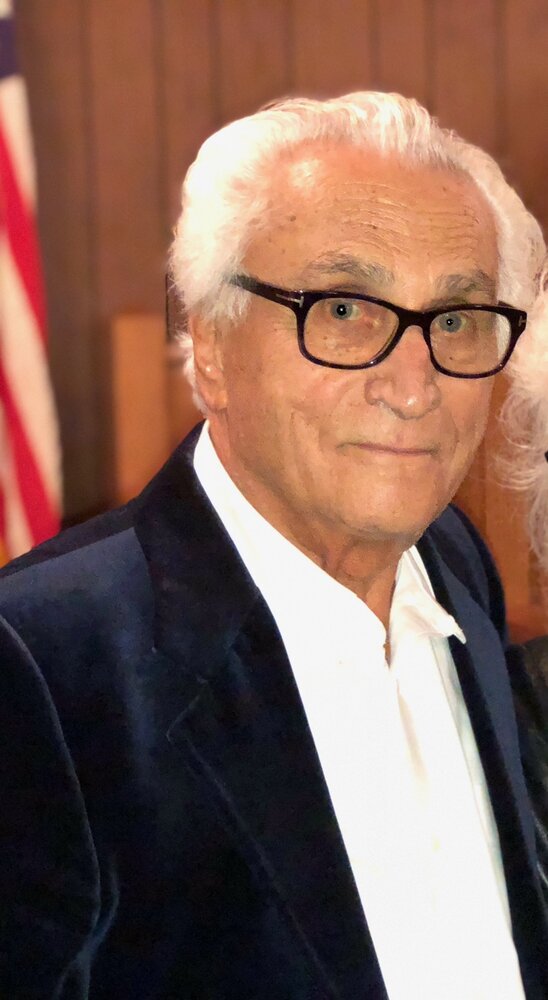 Please share a memory of Dimitris to include in a keepsake book for family and friends.
View Tribute Book
Legacy, Patriarch, Mentor, Friend to All James G. Petroutsas, a Watsonville resident for 60 years passed away on May 17, surrounded by his loving family. He was 88 years old. “Jimmy” was born in 1934 in the small village of Richeia in the Peloponnese region of mainland Greece. He was the eldest of five boys, nicknamed the “Sons of Dorva.” His parents, Anna and George, raised their family despite the extreme hardship brought on by the Greek civil war, ultimately leaving him and his brothers orphaned as children. In classic Petroutsas and Spartan style, they fought through adversity and learned to survive at a young age. Jimmy first immigrated to the U.S. in 1952 with his brother Tony. Their two surviving younger brothers, Panagiotis and Tasos, joined them shortly after. Reunited and beginning a new life, they forged ahead never losing their unbreakable bond. Jimmy began working at multiple restaurants in the Bay Area and attended night classes to learn English. In 1956, he was drafted into the U.S. Army and embraced his early assignments on kitchen patrol, manifesting his life-long passion for cooking. In 1963, Jimmy returned to Greece to marry the love of his life and wife of 59 years, Eleni. Together, they raised two daughters, Anna and Sophie, and fostered a loving and connected family deeply embedded in the Greek Orthodox Faith. Inspired by the desire to establish a church closer to Watsonville, he became one of the original founders of the Prophet Elias Greek Orthodox Church in Santa Cruz. This is where he spent endless hours, cooking for the Greek Festivals and making his signature rizogalo. Fueled by grit and resilience, Jimmy further established himself as a successful business owner in real estate and restaurants. His remarkable determination and hard work made the American Dream a reality. He is the embodiment of a life well lived with integrity and respect. He will be remembered as a true Patriarch who always put his family first. One of his proudest moments was becoming a Papou of “twins twice,” a role he wholeheartedly embraced, never missing a horse show, swim meet, recital, or game. He was both honorable and straightforward, qualities which he instilled in his children and grandchildren. Jimmy was a pillar in the community and a rock for his family, headstrong with a heart of gold. His legacy lives on through his wife Eleni, daughters Anna Petroutsas and Sophie Petroutsas-Pateras (Panagos), and grandchildren Costas Hadjipateras (Shawna), Calliopi Hadjipateras, Irini and Eleni Pateras, whom he loved unconditionally. He is also survived by his many nieces and nephews whom he adored greatly, Anna Babiolakis, Bessie and George Petroutsas, Stelios and Tasos Doukas. The time has come for the Petroutsas Boys to welcome their big brother home. The Last of the Titans. Services will be held at the Prophet Elias Greek Orthodox Church, 223 Church Street, Santa Cruz. The Trisagion Service will be at 7:00pm Wednesday evening, May 25th. Funeral services will be Thursday, May 26th at 11:00.am. Graveside services will follow at the Santa Cruz Memorial Park at 1927 Ocean Street Santa Cruz, CA, 95060. In lieu of flowers, a donation may be made in his honor to the Prophet Elias Greek Orthodox Church For more on Jimmy’s incredible life and legacy, please visit: https://www.livelikeagreek.com/greek-life/greek-profiles/meet-jimmy-the-greek
To send flowers to the family or plant a tree in memory of Dimitris Petroutsas "Jimmy", please visit Tribute Store
Wednesday
25
May

In lieu of flowers, a donation may be made in his honor to the Prophet Elias Greek Orthodox Church. https://www.propheteliassc.org/about-things-to-know/donate DONATE BY CHECK Send check to: Prophet Elias Greek Orthodox Church 223 Church Street Santa Cruz, CA 95060 – Noting “ Donation in Memory of Dimitris Petroutsas” on the check memo line. DONATE BY PAYPAL Click the Make a Donation button below to begin your transaction. PayPal will send a receipt to your email address once the transaction has been completed. You will receive an acknowledgement from us with our thanks.
Online Memory & Photo Sharing Event
Online Event
About this Event

Share Your Memory of
Dimitris
Upload Your Memory View All Memories
Be the first to upload a memory!
Share A Memory
Send Flowers
Plant a Tree