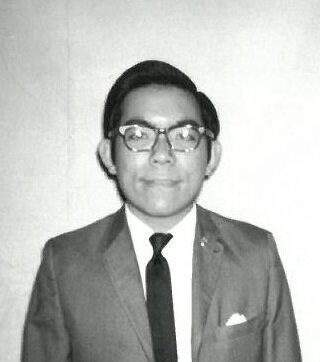 Please share a memory of Thomas to include in a keepsake book for family and friends.
View Tribute Book
Thomas passed away in Santa Cruz on March 30, 2022, he was 72 years old. Thomas was a lifelong resident of Santa Cruz. Thomas had earned a degree in Commercial Art and Advertising. He worked as a graphic artist and production coordinator for newspapers and printing companies in San Jose, Monterey, Salinas, and Santa Cruz. During his four-year tenure with the Salinas Californian, he won several top state and national awards for newspaper graphics. Thomas worked at the Santa Cruz County Sentinel from 1979 to 1990 when his career was cut short to care for his mother who was in poor health. Thomas was a man of modesty, decency, thrift, and courage. He worked hard and persevered. He believed that acts of kindness and love are more important than fame and wealth. He believed that multiplicity kills the soul and simplicity feeds it. He felt that simplicity gives life focus and meaning and that too many things, of any sort, causes one to lose sight of the meaning of life. Thomas was a simple person who tried his best to live a good and decent life. He enjoyed good food, beautiful beaches, sunsets, strolls by the yacht harbor, watching the sailboats, fine cars, and living in the fabulous Monterey Bay area. Thomas felt that Santa Cruz was one of the most beautiful places on earth. Thomas wanted those who knew him to remember only the good times and to know that he is in heaven with no more pain. He will be buried close to his father, Henry Lam and his mother, Kay Chew Lam at Oakwood Memorial Park in Santa Cruz, CA.
To plant a beautiful memorial tree in memory of Thomas Lam, please visit our Tree Store

Look inside to read what others have shared
Family and friends are coming together online to create a special keepsake. Every memory left on the online obituary will be automatically included in this book.
View Tribute Book
Services for Thomas Lam
There are no events scheduled. You can still show your support by planting a tree in memory of Thomas Lam.
Plant a tree in memory of Thomas

Share Your Memory of
Thomas
Upload Your Memory View All Memories
Be the first to upload a memory!
Share A Memory
Plant a Tree