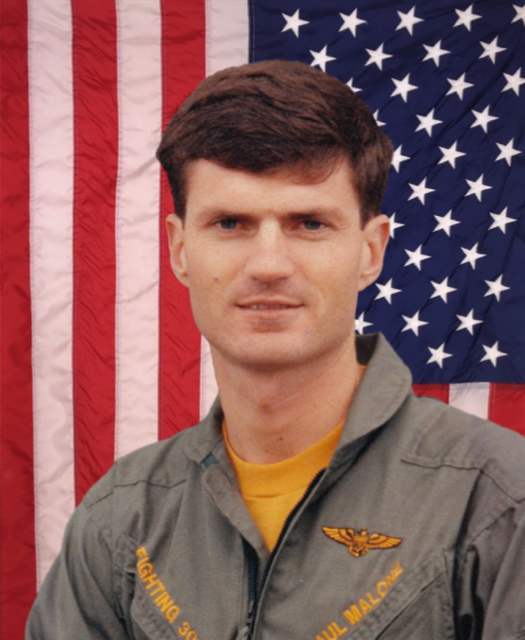 Please share a memory of Paul Bernard to include in a keepsake book for family and friends.
View Tribute Book
Paul was born July 10, 1963, in San Jose and raised in Santa Clara, California. Paul is survived by his fiancé, Christina Kemper of Santa Cruz, CA; his sons, Charlie (wife Emily) of Houston, Texas, and Ben, of College Station, TX; his parents, Richard and Mary Malone of Petaluma, CA; and his brother, Michael Malone of Carson City, NV. His older sisters, Mary and Catherine, preceded him in death. He attended Archbishop Mitty High School in San Jose, CA where he implemented their first computerized attendance record keeping program on a Radio Shack TRS-80 computer. Paul received a BSEE in Electrical Engineering from Santa Clara University in 1985. He then worked at Northrop Aircraft for a short time. Paul entered the Navy as an Aviation Officer Candidate in January of 1987. After successfully completing Officer Candidate School he was commissioned as an Ensign, USNR and assigned to flight training. After graduating consistently at the top of his classes in basic ground, primary flight, and advanced jet training, Paul earned his wings as a Naval Aviator at Naval Station Beeville Texas, and was assigned to fly the F-14A, the Navy’s Air Superiority Fighter attached to the Pacific fighter wing. He then graduated advanced fighter training at the top of that class and was assigned to Fighter Squadron VF-111, “The Sundowners,” part of Carrier Air Wing Fifteen, deployed aboard the USS Kitty Hawk. As Navy Lieutenant Paul Malone, he distinguished himself and built a strong reputation in the fleet as “a good stick” and was consistently recognized in the “Top Ten” for outstanding carrier landing performance. He was twice decorated for individual combat action, awarded the Navy Commendation, and individual action Air Medal, both times citing his bravery, judgement, and extraordinary coolness in combat. His individual action as an on-scene commander and lead fighter cover was instrumental in the daring rescue of a downed helicopter crew in Somalia. Following a successful combat deployment with VF-111 aboard USS Kitty Hawk, Paul’s excellent reputation earned him an assignment to VF-302, “The Stallions,” as a Selected Reserve Officer where he continued to fly the Tomcat in support of fleet readiness. Paul left the Navy in 1995 to continue to pursue his career in commercial aviation. He flew briefly with American Eagle, before being hired by United Airlines. At United he was type rated in the B-727 and Airbus A320 and flew out of the Denver and San Francisco bases. His last assignment was as an Airbus A320 Captain flying out of the San Francisco base. Paul loved the outdoors and was an avid mountaineer. He kept himself in top physical shape, competing in marathons, climbing mountains, hiking, swimming, paddle boarding, and sailing. His love of the outdoors was infectious, and he enjoyed sharing those experiences with a wide circle of friends and his family. His first major climb was Mt. Baker with his brother Mike. Paul went on to summit a number of America’s notable glacial peaks such as Shasta, Hood, Whitney, and Rainier. He climbed almost all of Colorado’s 53 peaks over 14,000 ft. Paul’s friends and family will remember him as kindhearted, friendly, unflappably cool, remarkably intelligent, and dryly, hilariously funny (also a bit of a prankster). Paul passed away after a battle with cancer on March 31, 2022, he will be greatly missed by his family and friends. Military Honors and Services will be on the grounds of The San Francisco National Cemetery, The Presidio, May 6, 2022, at 1400 Hours (2PM).
To send flowers to the family or plant a tree in memory of Paul Bernard Malone, please visit Tribute Store
Friday
6
May

Share Your Memory of
Paul Bernard
Upload Your Memory View All Memories
Be the first to upload a memory!
Share A Memory
Send Flowers
Plant a Tree