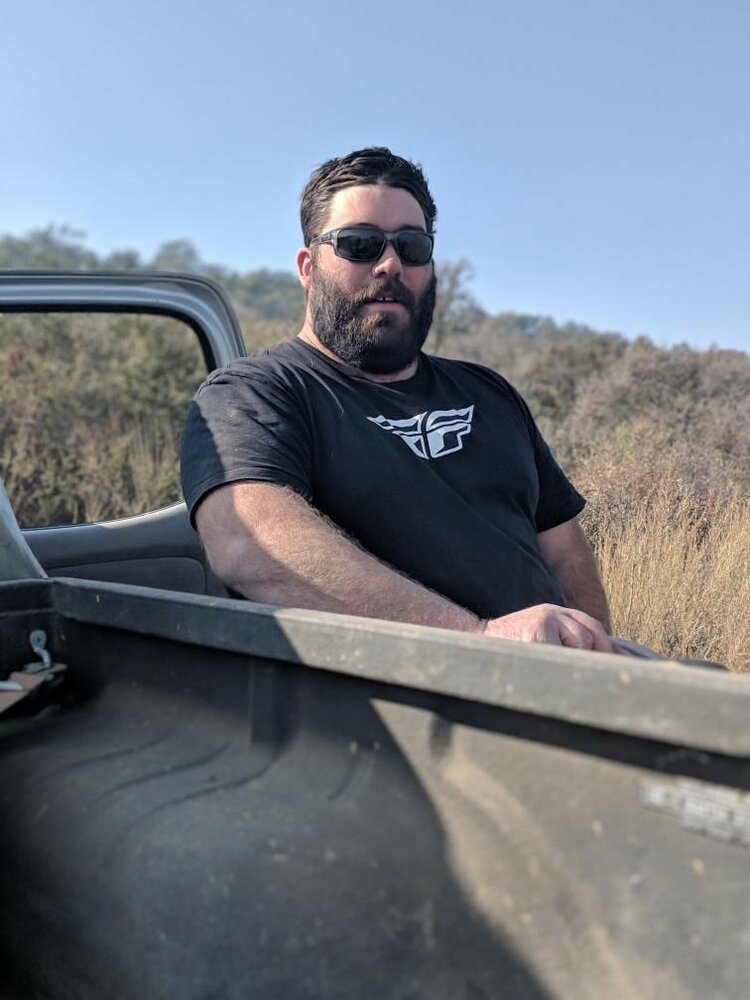 Please share a memory of Doug to include in a keepsake book for family and friends.
View Tribute Book
It has been written that there is no fair in life. If there were, no good men would die young. All of our hearts broke when our loved one Doug Nestor Alves died unexpectedly on March 7 2022, just shy of his 32nd birthday. Doug was happy to call the San Lorenzo Valley home all his life. He attended SLV schools K-12. He played baseball and football and was good at both, though ultimately organized sports weren’t his thing. More to his liking were Alves family treks to the dunes of Pismo Beach with sandrails and motorcycles in tow, and family camping trips to Kennedy Meadows. And the many shared times at wonderful Easter, Thanksgiving, Christmas, graduation, birthday, and wedding celebrations at Gramma Gail’s Reason Ranch. Though not formally trained in mechanics, he inherently understood how stuff works. If it had a motor, Doug could fix it. Need something fabricated? Doug had the tools (some shared with his best friend Scott) and the ability to create it. It was particularly gratifying to watch him develop into an excellent welder as was his grandfather Clark before him. Many family members’ autos have Doug’s fingerprints on them from every variety of repairs. He always seemed pleased to be of help, and his help was always appreciated. Doug was part of a large and loving family including the Reasons, Browns, Walkers, Slaughters and Hunts. His close-knit circle of friends often congregated at the Zayante shop to chat, tinker, and perhaps sip a few Coors Lights. The object of Doug’s love and devotion was his girlfriend Alli. Their heartfelt love for one another was obvious to all. Two of his smallest, yet biggest, fans were nephew Brody and niece Madison whom he treated with particular love and gentleness. Doug was a big strong man. Imposing, even. Yes, he really was the size of an NFL lineman. But this was a façade. His true strengths were kindness, generosity, and his big heart. He liked to laugh and to make others laugh. If Doug gave you grief, you knew you were his friend. Doug is survived by Alli Wilkinson; his mother Colleen Reason Alves; father Nestor Alves; sister Megan Bridges and her husband John and children Brody and Madison; brother Rick Alves and his fiancée Sage Turner; Grandmother Gail Reason; lifelong friend Scott Price, and many loving aunts, uncles and cousins. The sadness of Doug’s passing will diminish in time. Our cherished memories of him most certainly will not. Doug's friends and family will hold a celebration of his life at 1pm on Friday, March 18th at 8201 W Zayante Road in Felton, CA.
To send flowers to the family or plant a tree in memory of Doug Alves, please visit Tribute Store
Friday
18
March

Share Your Memory of
Doug
Upload Your Memory View All Memories
Be the first to upload a memory!
Share A Memory
Send Flowers
Plant a Tree