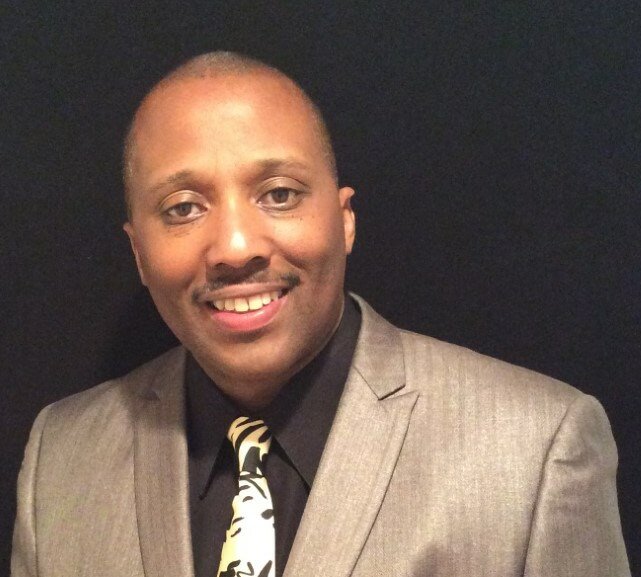 Please share a memory of Rodney to include in a keepsake book for family and friends.
View Tribute Book
Rodney Kirk Fitzpatrick a resident of Santa Cruz, CA, passed away on Monday February 21, 2022. He was a man who lived his life with no regrets. In our studies of the Bible we appreciate the thoughts of Jesus recorded at Matthew 5:14-16 which says... ”You are the light of the world. A city cannot be hid when situated upon a mountain. People light a lamp and sit it, not under the measuring basket, but upon the lamp stand, and it shines upon all those in the house. Likewise let your light shine before men that they may give glory to your father who is in the heavens.” Well, Rodney was a wonderful example of one who could light up a room. Both spiritually and physically. Rodney was born in Saint Louis, Missouri September 23, 1963. He was affectionately known by his siblings as number six, because he was the baby of the family. Rodney was introduced to the Bible by his older sister Vickie back in the mid 70’s. He loved what was he was learning and in time became one of Jehovah’s Witnesses. As such he became an elder in the West Cliff congregation and served for over 30 years. He attended Oklahoma State University, graduating with a degree in Broadcast Journalism. After graduation, Rodney moved to California choosing Santa Cruz as his new home, where he met and married Michelle in December of 1985. Tainisha, their little bundle of joy, was born in 1987. This new role as dad was one that he embraced and took very seriously. Everyone in the congregation and our community, were privileged to get to know him and Tai because they were always together on their bikes. Rodney was fastidious about his diet, exercise, and health. He wouldn’t hesitate to go to the doctor and was very in tune with his body. That’s why his fatal heart attack at 58 was a complete shock and surprise to all of us. Rodney chose to not pursue work in sports journalism because the jobs would require him being away from home for long periods of time. Therefore, he chose to find work that allowed him to provide for, and be available to the family and congregation. The choice between spiritual and material riches was clear to him. The spiritual decision that he chose, was never regretted. Rodney volunteered to be the rooming overseer for our annual regional conventions. This assignment required a great deal of time before, during, and, after the convention. He gladly volunteered his time so that the delegates would have comfortable accommodations when attending the conventions. His understanding of the scriptures and application of God’s word brought spiritual direction and comfort to all in need. He was a source of refuge, strength and comfort to all in the congregation and community, always letting everyone knows how much he loved them. He had a big heart, smile, and beautiful sense of humor and wit, that will remain a part of our lives into eternity. As a family, Rodney and Michelle regularly pioneered together for 26 years. To Rodney an important part of his pioneering, or full time ministry, was his prison ministry. There he provided help and direction to many prisoners over the years. We all intensely loved and miss Rodney, now, but, more than all else, we look forward to seeing him in the new world to come as promised in John 5:28, 29: “Do not be amazed at this, for the hour is coming in which all in the memorial tombs will hear his voice and come out, those who did good things to a resurrection of life........” That was the hope he entertained for himself and of all us gathered here who knew him! Rodney was preceded in death by his parents Sidney and Janie Fitzpatrick. He is survived by his wife, Michelle and daughter, Tainisha Aguirre and, SIL, Arthur Aguirre. Older siblings and spouses: Micheal Caldwell (Marsha), Vickie Hargrove (Michael), Trina Carter, Cathy Hudson (Byron), and Sidney Keith Fitzpatrick. Many nephews, nieces, great-nephews, great-nieces, aunts, uncles, and cousins. Memorial services being held: March 19, [email protected] 1:00pm, (Pacific Standard Time) Zoom ID: 832 3861 7770 Passcode: 5995 OR KHCONF 415-494-4855 Pin. 415996 Or KHCON video player http://stream.khconf.com/player/#/token/Mik2-YmM2 Cards and donations may be sent to: 237 Forest Ave Santa Cruz, CA 95062.
To send flowers to the family or plant a tree in memory of Rodney Fitzpatrick, please visit Tribute Store
Saturday
19
March

Share Your Memory of
Rodney
Upload Your Memory View All Memories
Be the first to upload a memory!
Share A Memory
Send Flowers
Plant a Tree