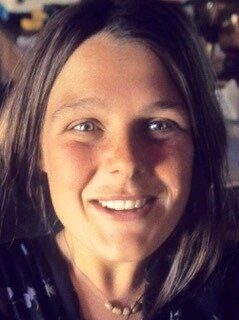 Please share a memory of Dohna to include in a keepsake book for family and friends.
View Tribute Book
Dohna Lee Dunderdale, a trailblazer in many ways, founded Made in Santa Cruz in 1996, and passed away in her home on Wednesday January 19, 2022 with family and friends at her side. Dohna was diagnosed with cancer at the beginning of 2021 and lived fully until the day she died. Even as the disease took its toll on her vitality, Dohna still woke up happy to see each new day and hoping to see another. Dohna was born in Hoboken, New Jersey on December 15, 1950 to Harry and Rita Dunderdale. Dohna was the youngest of 6 children. Her family moved to Illinois and in 1969 Dohna graduated from high school in Arlington Heights. Dohna made the big move to California where she joined friends who had moved to Southern California. The group of friends moved to Mountain View and shortly after, found their way to “The Land”, an intentional community in the hills above Palo Alto. While at The Land, Dohna was deeply influenced by the home births she witnessed and when she was expecting her first child, she moved to Santa Cruz to be with her then partner John Peck, to have better access to midwifery care. Both her daughters were subsequently born at home in Santa Cruz: Genesis in 1974 and Rita Rose in 1976, Dohna’s work experience in Santa Cruz could definitely be described as “diverse,” including creative flea market sales and cheerful waitressing at the Cash Store in Davenport and at Gilda’s on the wharf. Dohna was a gifted musician: guitar player, singer and song writer, and performer with several bands during the ‘80s including Siren, Rubidotz, and Colorform. She loved to share music with others and make up songs for many occasions. In the mid ‘80s Dohna became a realtor with Jim Lee and Coldwell Banker. She enjoyed that work for ten years, but then had the inspired idea of starting a new business of her own— Made in Santa Cruz. She launched the venture by creating a catalog, and soon added a store on the wharf to showcase the creativity of county artists, craftspeople and designers. In doing so, she supported many individual artists and contributed to the local economy. Now in its 26th year, the store thrives by appealing to local residents and visitors alike and it was a tremendous source of pride and joy for Dohna. She was thrilled to receive a proclamation from the mayor of Santa Cruz that proclaimed Dec. 15, 2021 as “Dohna Lee Dunderdale and Made in Santa Cruz Day” in the City of Santa Cruz. Dohna loved developing relationships with local people and organizations, sharing generously with community groups and supporting new ideas. Her own line of ZaZen Recovery Pillows – a small rice-filled pillow applied either hot or cold to relieve a tired or sore body – became a consistently popular product over the years. At the time of Dohna’s death her business had sold over 72,000 pillows and donated over 800 to veterans, working with organizations like Operation Surf and Holistic Veterans. Dohna lived her life fully, with enthusiasm, playfulness and mischief. She created a home for her family and enjoyed having her daughters and grandchildren close by. Many old friends from The Land, as well as some who live locally, reconnected to support Dohna throughout her cancer treatment and during her final months while on Hospice care. Dohna was an inspiring example of loving each day and was fortunate to find solace in her reconnection with old friends and in her deeply felt spiritual beliefs. Dohna was predeceased by her parents, sister Mary Lou Rynott, and niece Allison Dunderdale. She is survived by her daughters Genesis Peck (Phil Sapiens) and Rita Peck; grandchildren John Parker Sapiens and Damian James Sapiens; brothers Peter, Paul and Michael Dunderdale and sister Elizabeth Dunderdale, along with their partners, children and grandchildren. John Peck was especially helpful as a caring friend and source of steady support during Dohna’s last few months. A memorial service for Dohna will be planned in the springtime. The family suggests that to continue Dohna’s support for local artists and the creativity in our community, donations be made to fund future public art at the Municipal Wharf. Checks may be made to the Santa Cruz City Public Art Fund noting in honor of Dohna Dunderdale in the memo and mailed to 809 Center St, Room 101, Santa Cruz, CA 95060.
To plant a beautiful memorial tree in memory of Dohna Dunderdale, please visit our Tree Store

Look inside to read what others have shared
Family and friends are coming together online to create a special keepsake. Every memory left on the online obituary will be automatically included in this book.
View Tribute Book
Services for Dohna Dunderdale
There are no events scheduled. You can still show your support by planting a tree in memory of Dohna Dunderdale.
Plant a tree in memory of Dohna

Share Your Memory of
Dohna
Upload Your Memory View All Memories
Be the first to upload a memory!
Share A Memory
Plant a Tree