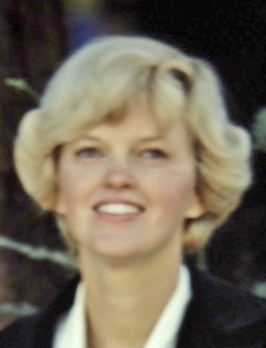 Please share a memory of Phyllis to include in a keepsake book for family and friends.
View Tribute Book
Phyllis Francis Albritton was born June 22, 1940 in Ravenswood Hospital, Chicago, Illinois. She grew up in Lombard, Illinois, and attended Northwestern University, where she was a member of Gamma Phi Beta sorority, majored in biology, and met her future husband in the first year. They were married the day after graduation. After a honeymoon in Hawaii, they settled in West Los Angeles where he attended medical school at UCLA and she supported the family as a research laboratory technician in the UCLA Brain Research Institute. Six years later, they moved to Kodiak, Alaska, where her husband served as a navy doctor at the US Naval Station Hospital during the Vietnam War. Subsequently, the family, now with a baby son, returned to Los Angeles where her next two children were born. In 1974, the family moved to Santa Cruz, her home for the rest of her life. Some of her favorite activities included sports and taking excursions into nature. Having been an avid White Sox fan as a little girl and a Wildcat football fan at Northwestern, in Westwood she became an enthusiastic Bruin basketball fan during the legendary John Wooden era, attending many UCLA games with her father-in-law, while her husband completed his surgical residency. Similarly, Phyllis' father had imbued in her his love of fishing, and while in Alaska, she often could be found with a salmon rod. Later, she shared her love of sports and outdoor activities with her own family. During her years in Santa Cruz, she accompanied her family on trips to Alaska for salmon and halibut and took backpacking trips to the Sierras, setting up camp under the stars and fishing for trout. When the kids were big enough, she took them skiing and sometimes even ice skating, something she had loved doing as a child in Illinois. This led to the acquisition of a second home in the mountains at Kirkwood, where she skied in the winter and hiked and canoed in the summer with the family for many years. She eagerly participated in family activities and encouraged everyone to perform at a higher level. Her influence showed in the kids' sports, from Little League through high school, where both boys excelled in several sports. She was thrilled to accompany them on an all-star Little League trip to Santa Cruz's sister city, Shengu, Japan as their chaperone to play baseball with the Japanese team. Both boys also attended John Wooden Basketball camps. When her daughter became interested in horses, she committed to learning about a whole new sport, supporting her through many years of equestrian training and successful show jumping events throughout California and Arizona. Phyllis' life was always marked by devotion to her family, but as the kids left home, she became more and more involved in travel. She accompanied her husband to professional conferences across the country. They then roamed farther afield, taking numerous trips to Europe and Asia, which she usually instigated and planned. Her love of reading both literature and history greatly enriched her passion for travel. Inspired by the beautiful architecture and design she encountered while traveling, she turned her energy and imagination to several major home remodeling projects at home. She was so determined that the carpenters, in good humor, would call her "Mrs. Foreman" when she diligently inspected their work and noted any out-of-plumb doorjambs. Her other hobbies and interests included the study of orchids, inspired by many family trips to Hawaii, and the cultivation of them in her hexagonal greenhouse, as well as backyard bird watching. Above all, she loved her cats, who clearly returned the love. Her faithful cat Ollie stayed with her until the very end. She is survived by her husband of 60 years, David, her sons James (Melissa) Albritton of Belmont, Calif., David (Katie) Albritton, M.D., of Inverness, Illinois, and daughter Victoria (Fredrik) Albritton, Ph.D., of Ogden Dunes, Indiana. Four grandchildren also survive her: Avery, Andrew, David, and Collin Albritton. She was predeceased by three days by her beloved brother, Michael R. Francis, D.D.S. A private family service was held at Oakwood Memorial on January 15th. In lieu of flowers, please send donations to The Santa Cruz County Animal Shelter, 1001 Rodriguez St, Santa Cruz, CA 95062 (www.scanimalshelter.org/donate)
To plant a beautiful memorial tree in memory of Phyllis Albritton, please visit our Tree Store

Look inside to read what others have shared
Family and friends are coming together online to create a special keepsake. Every memory left on the online obituary will be automatically included in this book.
View Tribute Book
Services for Phyllis Albritton
There are no events scheduled. You can still show your support by planting a tree in memory of Phyllis Albritton.
Plant a tree in memory of Phyllis