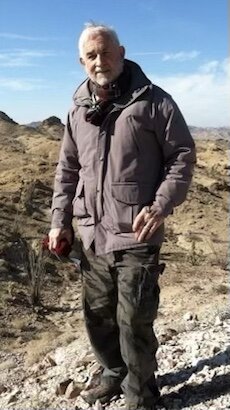 Please share a memory of Hugh to include in a keepsake book for family and friends.
View Tribute Book
Hugh peacefully passed in his home in Scotts Valley CA. while being cared for by his partner of 40 years, Charlie Williamson, who he loved deeply and was blessed to be loved by. Hugh was born in Martinez CA. but raised in the Fresno/Clovis area. Hugh graduated high school in 1957 from Clovis High School where he was an All American athlete, he held the pole vault record at the time and was the captain of his track team his senior year. He later went on to marry Marian Lee Beattie (who preceded him in death) and have three children together. Kerry Susan Horton (who preceded him in death) Karen Lee Horton of Soquel CA. Kenneth Hugh Horton of Royal Oaks CA. He was a devoted, loving, and caring son to Mary Corona Horton and Hugh Horton who also preceded him in death. Hugh worked for the City of Santa Cruz as a mechanic and later retired from the Metropolitan Transit District. As a second career after retirement, he discovered his passion as an incredible jeweler. Hugh was a big hearted, loving, caring, generous, grateful person who was considered a father a friend a mentor to some and who was loved respected and even envied for his love of everyone and everything. Hugh loved to give nicknames and you may have one from him! He was an incredible cook which earned him the nickname “Mother” after feeding and caring for so many. He also loved hunting, fishing, riding ATV’s rock hunting in the desert, shopping, spending time boating with his son and doing anything with him. Hugh was the life of the party often getting himself into trouble which earned him another nickname of “Wiley coyote”. He is survived by partner Charles Williamson, daughter Karen Horton her partner Matt Jones, granddaughter Crystal Lopez, her husband Adam Lopez, son Ken Horton his wife Kathrine Horton and granddaughter’s Savannah Horton and Sophia Horton. There will be a graveside service at Santa Cruz Memorial Tuesday January 11, 2022 at 1:30. In lieu of flowers, contributions could be made to Hospice of Santa Cruz county https://www.hospicesantacruz.org/donate-now/
To send flowers to the family or plant a tree in memory of Hugh Horton, please visit Tribute Store
Print
Tuesday
11
January

Look inside to read what others have shared
Family and friends are coming together online to create a special keepsake. Every memory left on the online obituary will be automatically included in this book.
View Tribute Book
Share A Memory
Send Flowers
Plant a Tree