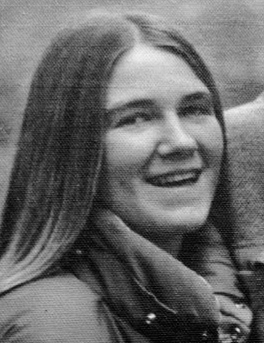 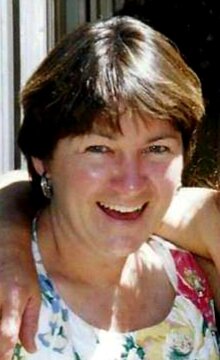 Please share a memory of Sandi to include in a keepsake book for family and friends.
View Tribute Book
Sandi Pensinger, 65, passed on Sunday, Sept. 19th 2021 at home in Capitola after a long battle with lung cancer. Her loving husband of 42 years, Edwin Mabie, was at her side. Sandi was born Aug. 3rd, 1956 in Champaign, Illinois to Cynthia (Pratt) & Dr. Robert Pensinger. The family moved frequently as her Dad's heart research projects concluded. The family lived in Narberth, Pennsylvania; Rye, New York; Morristown, New Jersey; Cohasset, Massachusetts; Carlsbad, California; and finally Santa Cruz, California where she graduated from Harbor High School in 1974. She was married to Edwin on January 31, 1979 on a 50' sailing yacht with the family Golden Retriever at their side. A graduate of Cabrillo College and then San Jose State University School of Business with Distinction in 1989. Sandi embraced the PC revolution and was an early web developer, but she hit her stride with the establishment of her dog training business, Living with Dogs in the year 2000. Sandi lead many causes over the years, usually to an epic scale, that touched many lives. Her Jack Russell Terrier "Capitola Jack" (Capi) was a champion in agility competing in events nationwide. She worked tirelessly to help eliminate genetic defects specific to Jack Russel Terriers. She took the lead in forming the non-profit Coastal Dog Owners Group - organizing huge events that raised more than $100,000 for the welfare of local dogs. She was a founder and Emeritus Board Member of the National Association of Treibball Enthusiasts and authored books, instructional videos and taught workshops on the engaging game for dogs. Sandi loved animals, backpacking, fishing and camping in the Sierra and after being diagnosed with cancer, Sandi took up birding and visited every county in California to augment her bird life list. Sandi is survived by her husband Edwin Mabie of Capitola, her mother Cynthia Pensinger of Aptos, her brother Doug Pensinger of San Jose, her sister Carol Martone of Corralitos, her niece Christina Smiley of Santa Clara, her nephew Gregory Pensinger of Modesto, her niece Kait Martone of Santa Cruz and her nephew Thomas Martone of Alma, Missouri as well as her beloved Jack Russell Terriers Piper and Pilot.♡ Sandi's celebration of life will be held Sunday October 10th at the Living with Dogs Training center field at 8022 Soquel Drive in Aptos at 2pm. BYOB, please bring a dish to share and a mask to wear. In lieu of flowers, Sandi asked that donations be made to Cornell Lab of Ornithology. [email protected] 1-800-843-BIRD.
To send flowers to the family or plant a tree in memory of Sandi Pensinger, please visit Tribute Store
Sunday
10
October

Share Your Memory of
Sandi
Upload Your Memory View All Memories
Be the first to upload a memory!
Share A Memory
Send Flowers
Plant a Tree