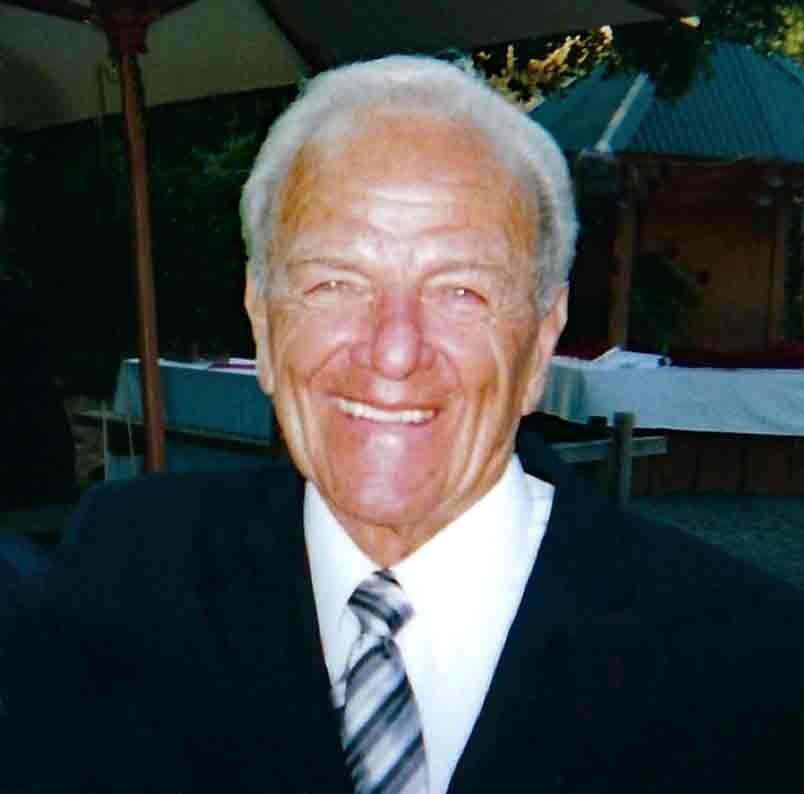 Please share a memory of Nichola "Nick" to include in a keepsake book for family and friends.
View Tribute Book
Stubborn and tenacious, Nichola “Nick” Vomvolakis breathed his last breath at midnight on September 19, 2021. He leaves behind his son, Chris Vomvolakis, daughter-in-law, Shelly Fitzsimmons, and 3 grandchildren, Kaya, Nayelli, and Nikos, of Santa Rosa, CA. Nick was preceded in death by his son, Joe, and his wife, Norma. Outgoing and social, generous, and big-hearted, Nick was a dedicated father and family man. He loved his wife, sons, and grandchildren beyond measure. Hailing from a large Greek-Italian family, his mother Ellen and father Antonio “Tony” Vomvolakis, sisters, Kaye Pfyffer, Penelope Vomvolakis, Alpeda Rampone, Maria Steiner, and Irene Bogiatto, and brothers, George, Jim, and Michael Vomvolakis preceded him in death. True to form, Nick was the last man standing in the second generation of Vomvolakis’ born in Davenport and raised in Santa Cruz. The Vomvolakis family relocated to the westside of Santa Cruz in 1944, where Nick attended school at Mission Hill Middle School followed by Santa Cruz High School excelling at football, basketball, and baseball. Following graduation in 1950, he enlisted in the US Airforce and served as a stateside senior aircraft mechanic during the Korean War at Luke Air Force Base near Phoenix, AZ. Nick also played semi-pro football after his time in the service. Nick returned to Santa Cruz in 1954 and worked for the Bell Telephone Company for the next 32 years. While attending a house party in 1954, overlooking the Santa Cruz Beach Boardwalk and San Lorenzo River, Nick fell in love with, and married the woman that would be his partner for the next 65 years, Norma Vomvolakis. On their first date, Nick took Norma to a movie at the Del Mar Theater in Downtown Santa Cruz. Unbeknownst to Norma, earlier that evening, Nick had suffered a concussion during a football game. Immediately after sitting down at the theater Nick passed out and remained that way until the movie ended. Norma had to gently shake him to get him to wake up when the house light came on. According to Norma, she thought he was a very strange guy. Fortunately, things worked out and they went on to happily raise two sons on the Eastside of Santa Cruz. In retirement, Nick thoroughly enjoyed long distance running and could be found several mornings a week traversing the trails from West Cliff Drive to the Forest of Nisene Marks to Manresa Beach with a dedicated group of running friends. He boasted that he had run every Wharf-to-Wharf Race since its beginning in 1973 until he was disabled by a stroke in 2010. He ran races all over Northern California and kept every medal and t-shirt he ever won. He leaves behind a large collection of men’s size 8.5 running shoes. Nick’s greatest tragedy came when his son Joe was murdered on Mother’s Day in May 1986. He remained heartbroken the remainder of his life and distance running was his only form of therapy and relief. In lieu of flowers, a donation can be made in Nick’s memory to the Joe Vomvolakis Cabrillo College Athlete-Scholar Scholarship Fund, 6500 Soquel Dr, Aptos, CA 95003
To plant a beautiful memorial tree in memory of Nichola "Nick" Vomvolakis, please visit our Tree Store