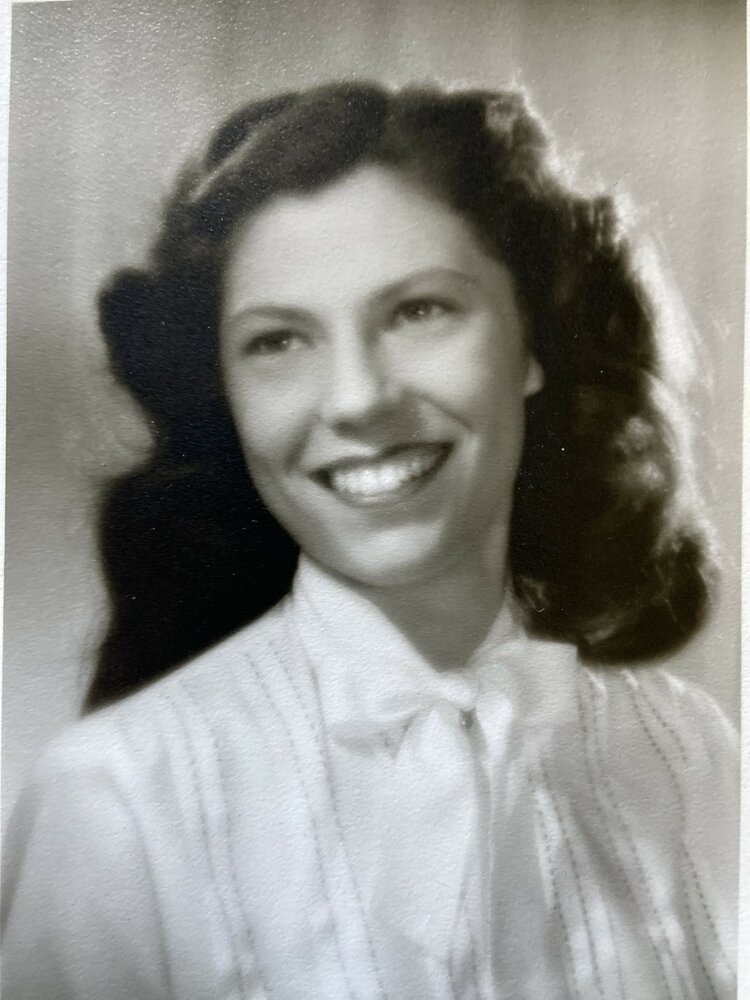 Please share a memory of Virginia Dorothea to include in a keepsake book for family and friends.
View Tribute Book
Virginia Wardle entered into the Kingdom of Heaven on September 2nd at the age of 91. She was born on June 24, 1930 in Pacific Grove, CA to Howard and Wilhelmina Mumford. Virginia attended Pacific Grove grammar school and Pacific Grove high school where she made many lifelong friends. She worked in one of the sardine factories on Cannery Row (for just one smelly day!) as well as working in a local bank and teaching at the preschool near the Naval Postgraduate School in Monterey. She was also a telephone operator and worked in the toy department of Holman’s Department Store where she was introduced to the love of her life, Ronald Wardle. After attending San Jose State University for one year, she and Ronald were married in 1950 at Mayflower Church in Pacific Grove. They celebrated 58 years of marriage before Ron passed away in 2008. After they were married, they moved to their first home in Oak Grove where their first child, Lori, was born. Several years later they moved to Carmel where their second child, Randy, was born. Virginia and Ron were members of Mayflower Church in Pacific Grove for many years. She sang in the choir, played the piano, and taught Sunday school as well. Over the years, they maintained many friendships from Mayflower Church and the Monterey Peninsula and would meet regularly for “Young-at-Heart” dinners. After several years of raising her children, Virginia went back to college to become a registered nurse. She and her family moved to Soquel in 1967 where she became one of the first nurses to work at the newly built Dominican Hospital. Later, Virginia worked at the Santa Cruz Medical Clinic for several wonderful doctors. Virginia was a member of Twin Lakes Church in Aptos for 54 years where she served on the missions committee and played the piano for her Sunday school class. She was a very compassionate and caring person who always thought of others first. She volunteered at the March of Dimes and was a member of the Red Cross. Virginia and Ron and several others spent many years initiating and creating Anna Jean Cummings (“Blue Ball”) Park in Soquel. Virginia enjoyed trips with her family almost every year to Pine Mountain Lake in Groveland, CA. She also loved going to the Rio Del Mar beach with her grandchildren and great grandchildren. Virginia is survived by her daughter Lori Dueck and her husband Leonard Dueck of Aptos, her son Randy Wardle and his wife Karen Wardle also of Aptos, her much loved grandchildren Jennifer Williams and her husband Matthew Williams of Auburn, CA, Christina McHale and her husband Sterling McHale of Alexandria, VA, and Andrew Dueck of Aptos. Virginia also adored her great grandchildren Emily and Wyatt Williams as well as numerous nieces and nephews. Memorial Contributions may be made to Twin Lakes Church Missions Department, 2701 Cabrillo College Dr., Aptos, California 95003 or to Mount Hermon Association Inc., P.O. Box 413, Mount Hermon, CA 95041.
To plant a beautiful memorial tree in memory of Virginia Dorothea Wardle, please visit our Tree Store

Share Your Memory of
Virginia Dorothea
Upload Your Memory View All Memories
Be the first to upload a memory!
Share A Memory
Plant a Tree