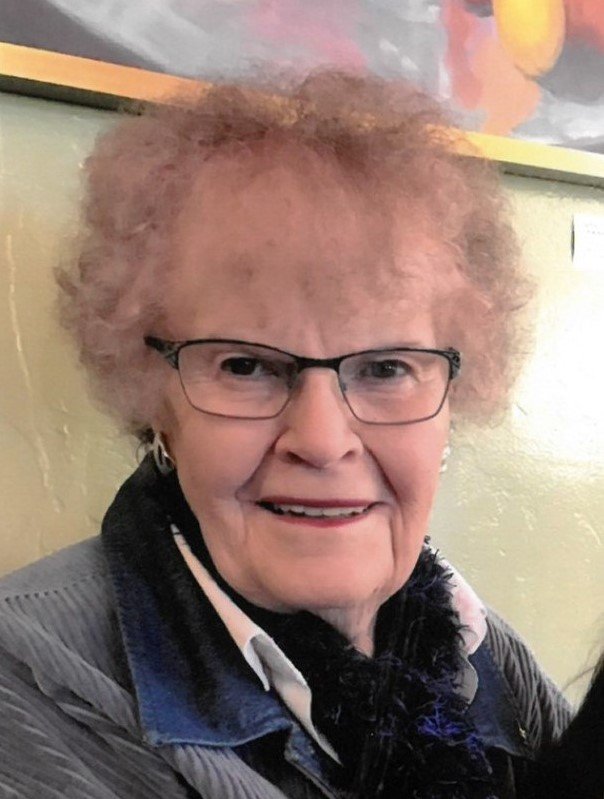 Please share a memory of Beverly to include in a keepsake book for family and friends.
View Tribute Book
Beverly died on July 19, 2021 in Santa Cruz, CA, she was 93 years old. Beverly was born on December 17, 1927 in Los Angeles, CA. She was the second child of Chester and Marjorie Olson. The family moved to Santa Cruz in 1939. Beverly attended local schools and graduated from Santa Cruz High School in 1945. She married Jack Scofield and raised three children. Beverly’s passions were playing piano for the Native Daughters, golfing, bowling, swimming, and playing cards. Later she loved spending time and traveling with her longtime companion, Bill Gray. Beverly retired from the University of California Santa Cruz where she worked for 20 years. Beverly is survived by her three children, Diane Scofield, Ken Scofield, and Jon Scofield; her beloved grandchildren, Tyler Scofield, Grant Scofield, Jim Ferguson, Phil Ferguson, and Felix Sterling; 11 great grandchildren; and her nephew, Don Olson. She was preceded in death by her granddaughter, Dawnetta Ferguson; her brother, Donald Olson; and her longtime companion, Bill Gray. She was also a very important part of the lives of Bill Gray’s children and grandchildren. At Beverly’s request, no services will be held. In lieu of flowers, please consider a donation in Beverly’s name to the charity of your choice.
To plant a beautiful memorial tree in memory of Beverly Scofield, please visit our Tree Store

Look inside to read what others have shared
Family and friends are coming together online to create a special keepsake. Every memory left on the online obituary will be automatically included in this book.
View Tribute Book
Services for Beverly Scofield
There are no events scheduled. You can still show your support by planting a tree in memory of Beverly Scofield.
Plant a tree in memory of Beverly

Share Your Memory of
Beverly
Upload Your Memory View All Memories
Be the first to upload a memory!
Share A Memory
Plant a Tree