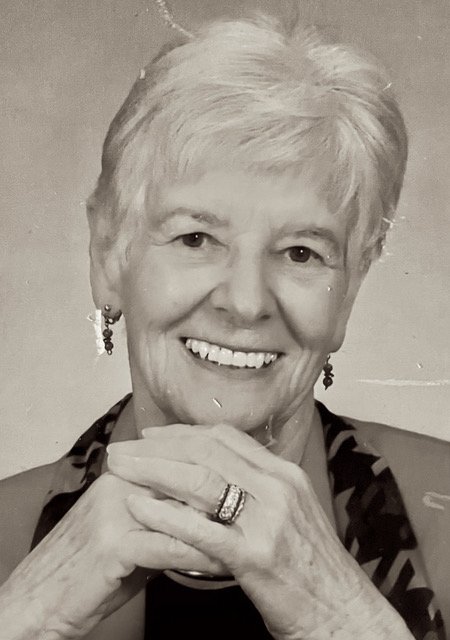 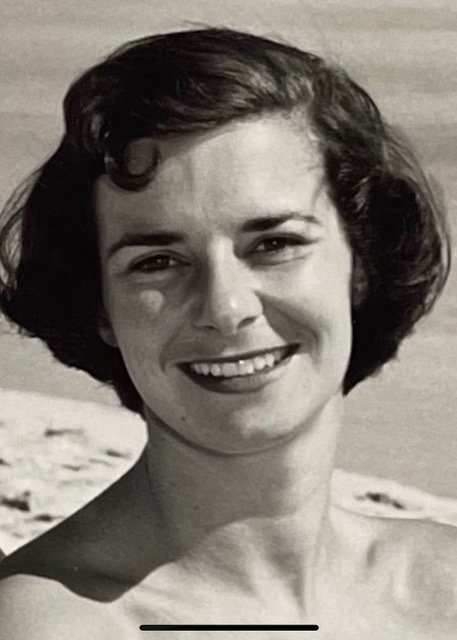 Please share a memory of Adriana to include in a keepsake book for family and friends.
View Tribute Book
Adriana On July 5th Santa Cruz and the world said a final farewell to a very special woman when Adriana “Cherry” Maybeck Nittler, passed away peacefully at home at the age of 92. Cherry lived as though her mission was to improve life for all. With cups of tea, backrubs, kind penetrating questions, quiet thoughtful insights, encouraging ideas and thousands of other small, calm, caring touches Cherry delivered a positive force to every person, group, and organization she touched, and each one was the better for it. Adriana “Cherry” deGraaf Maybeck was born March 10, 1929, along with her identical twin and lifelong best friend Sheila, to Wallen and Jacomena Maybeck in Ross California. Cherry grew up embraced by two very different worlds - the artistic, intellectual, and stimulating Berkeley life of the Maybeck family as granddaughter of noted Bay Area architect Bernard Maybeck; and the bucolic country life of summers at the peaceful Mendocino County ranch of her mother’s Dutch family the Van Huizens. Cherry became an “army brat” with the advent of WWII as the family accompanied her father to various posts around the country. When her father shipped out to the war in Europe, Cherry returned to Berkeley and had a swell time as a proud member of Berkeley Highschool’s class of 1946. After high school the family traveled to Europe to rejoin her father in postwar Germany. Upon her return, Cherry enrolled at UC Berkeley, graduating in 1952 with a degree in physical therapy from UCSF. After college, Cherry began a career as a registered physical therapist in Sacramento where she met her future husband Wade Nittler of Santa Cruz. The blind date, arranged by a friend, turned into true love and they married in 1954 and had 60 wonderful years together. Cherry and Wade moved to Santa Cruz in 1956 where Cherry continued her physical therapy practice while adding motherhood, philanthropy and assisting Wade at Nittler & Nittler Realty. Cherry was actively involved in all of life’s layers. As a mom she served as both a Cub Scout and a Girl Scout leader, and as president of the Harbor High Parents Club. As a health care professional, she volunteered her time as an advisory board member of the Cabrillo College Stroke Center and as an exercise therapy instructor at the Scotts Valley Senior Center. In her adopted hometown of Santa Cruz, she served as president of Jay-C-Ettes and Rotary Inner Wheel and was instrumental in setting up the Santa Cruz County Museum of Art. Beyond Santa Cruz, Cherry became the California State President of Omega Nu; was named the first female director of the Miss California Pageant and became the Maybeck family historian leading to the restoration of the Palace of Fine Arts in San Francisco. In her lifelong relationship with the University of California she worked on the very first staff at The Lair of the Bear Cal alumni camp at Lake Shasta; served on the board of the Cal Alumni Association; and as president of the Santa Cruz Cal Alumni chapter, and of The UCSC Affiliates. She also rolled a mean bocci ball! But as active as she was; Cherry’s first passion was family which brought her a lifetime of joy and pride. She was preceded in death by her loving husband Wade and her twin Sheila and is survived by her three children and their spouses, Mark and Katie Nittler of Alamo CA, Scott and Sue Nittler of Lafayette CA, Sheila and Ray Connelly of Santa Cruz; her grandchildren Breanna, Scott, Stephen, Allison, Bryan, Adam, Ell, Peter, his wife Katie and their son, great-grandson Mason. It was her wish that there be no public services. But feel free to have a glass of cold crisp sauvignon blanc in her memory – she would like that. In lieu of flowers donations may be sent to one of Cherry’s favorite involvements – The Scotts Valley Senior Center 370 Kings Village Rd, Scotts Valley CA 95066
To plant a beautiful memorial tree in memory of Adriana Nittler, please visit our Tree Store

Look inside to read what others have shared
Family and friends are coming together online to create a special keepsake. Every memory left on the online obituary will be automatically included in this book.
View Tribute Book
Services for Adriana Nittler
There are no events scheduled. You can still show your support by planting a tree in memory of Adriana Nittler.
Plant a tree in memory of Adriana

Share Your Memory of
Adriana
Upload Your Memory View All Memories
Be the first to upload a memory!
Share A Memory
Plant a Tree