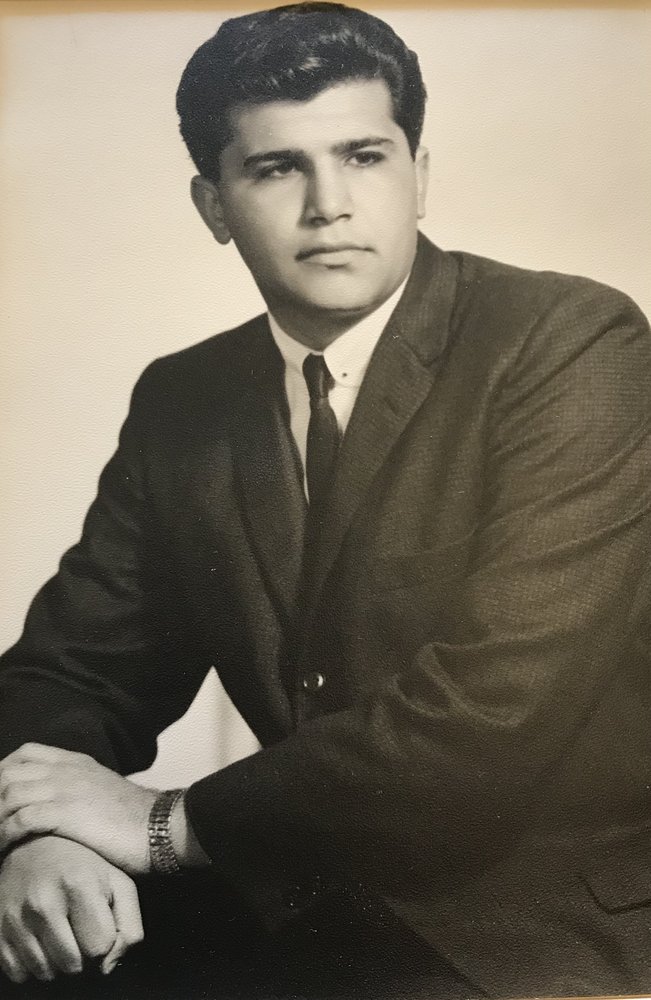 Please share a memory of Hugo to include in a keepsake book for family and friends.
View Tribute Book
Hugo Richard Noroyan passed away at the age of 77 the morning of June 30th, 2021. The world has lost a larger-than-life person who loved having a good time and making sure anyone around him was as well. Once he knew your name, he never forgot it and within minutes of meeting you, he would know your life’s story. Hugo was born to Hrant and Zevart (Sharkarian) Noroyan on August 18th, 1943 in Detroit, Michigan. He spent part of his growing up years in an immigrant neighborhood with families who earned their living at the Ford Motor Plant. The harsh winters of Detroit prompted the family to move to Fresno in the mid-1950’s. One of Hugo’s fondest memories was the road trip taken by his family along Route 66 when they moved to California. He played football at Bullard High School in Fresno and graduated in 1961. He and his brothers formed an Armenian band that would play at weddings or other occasions. He grew up working at Grant’s, a bar in downtown Fresno owned by his father. This led to a long career in bartending. He enlisted in the Air Force and was an Airman Basic stationed at George Air Force Base in Victorville, CA in the mid-1960’s. In 1967 he eloped, marrying Nyla Machado in Santa Cruz, CA at the El Palomar Hotel. They had one daughter, Richelle, and moved to Santa Cruz in 1973. For several years they owned and worked at a 7-11 franchise store on the west side of Santa Cruz. They later opened Hugo’s Armenian Restaurant where Hugo would play dumbeg (Armenian drum) with other musicians and teach patrons traditional Armenian folk dances. One of Hugo’s bigger adventures was applying as an extra in Sudden Impact and ending up with a small part, playing a gangster who is killed by Dirty Harry aka Clint Eastwood during the movie. He enjoyed doing the film shoots in both Santa Cruz and San Francisco and had a great time playing this role. After his first marriage ended, Hugo eventually moved back to Fresno and continued bartending. It was fun to watch him hold court with his regular customer. His ability to sound like an expert on a variety of subjects along with a completely goofy and irreverent sense of humor, made him an extremely popular bartender. He fulfilled a dream to move back to Santa Cruz and with his second wife, Sally Noroyan, managed the Ramada on West Cliff Drive for more than a decade. Hugo and Sally loved the wharf and became friends with everyone who worked in the restaurants as well as the city’s wharf crew. When Sally passed away, he retired and moved to Fresno upon discovering the near impossible task of finding someone willing to rent to a senior on a fixed income in Santa Cruz. Through the HUD VASH program for veterans, he managed to move back to Santa Cruz the last two years of his life to be near his daughter. He was preceded in death by his parents, sister Sonia Shakar(ian), brother Andy Noroyan and his son Richard Noroyan. He is survived by his brother, Mike Noroyan of Detroit, MI, daughter, Richelle Noroyan and son-in-law, Jim Jensen of Santa Cruz and numerous nieces and nephews in Detroit, MI, Goodyear, AZ and Escalon, CA. If you would like to contact Hugo’s family and be notified when a celebration of his life takes place, please email [email protected], If you would like to make a donation in his name, please give to the Grey Bears of Santa Cruz County.
To plant a beautiful memorial tree in memory of Hugo Noroyan, please visit our Tree Store

Look inside to read what others have shared
Family and friends are coming together online to create a special keepsake. Every memory left on the online obituary will be automatically included in this book.
View Tribute Book
Services for Hugo Noroyan
There are no events scheduled. You can still show your support by planting a tree in memory of Hugo Noroyan.
Plant a tree in memory of Hugo

Share Your Memory of
Hugo
Upload Your Memory View All Memories
Be the first to upload a memory!
Share A Memory
Plant a Tree