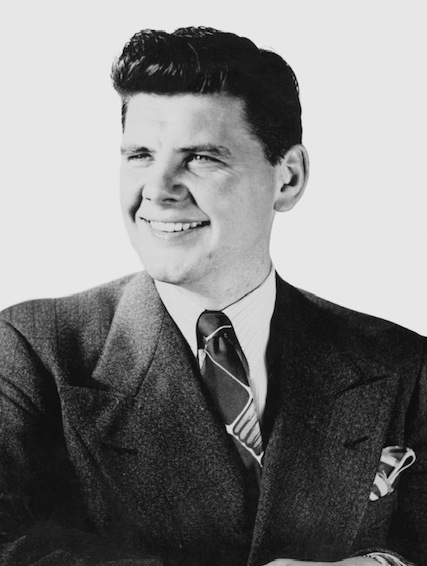 Please share a memory of Charles to include in a keepsake book for family and friends.
View Tribute Book
On Monday, April 12, 2021, Charles William Bush, loving husband and father of four children, passed away at the age of 98. Charles “Chuck” was born on March 19, 1923 in Cherokee, Iowa to Marion Geraldine and Elmer Leroy Bush. Chuck spent the next eighteen years in Cherokee attending Immaculate Conception High School, working with his father in their butcher store and developing a fondness for the lovely town of Cherokee which would last a lifetime. He enlisted in the Marine Corps in 1943 and trained as a radar operator for the 155mm canon. During World War II he was attached to the 3rd Amphibious Corps of the 3rd Marine Division and spent most of his active duty on Guam in the Pacific. At the war’s end, the Marines “Chuck’s unit” were sent to China for peacekeeping purposes. Unfortunately, this led to his contracting malaria and being hospitalized for several months delaying his return to the U.S. On April 14, 1946, Dad married his sweetheart of nearly five years, Isabelle Claire Canton. Within a year they had their first born son Michael Gregory. Chuck and Iz went on to have three more boys, each two years apart. While growing his family Dad kept busy by completing a Bachelor’s Degree in Economics at the University of California at Santa Barbara and starting his own business in southern California “Fairway Lumber Company.” Chuck was an amazing father. He genuinely listened and never judged. He was the funniest man I have ever met. His wit was unmatched. His smile made your heart feel good. Although he was a pretty rugged Marine, he was caring, sympathetic and giving. He had honor. He had humor. He had it all. “Charles Wonderful” my Mom would call him. And, although he commanded respect he exuded warmth and benevolence. He taught four young men what it means to be a man. Fishing, family, friends and fixing things that’s where my Dad’s interest lay. Having moved to Soquel in 1970, my Dad spent close to forty years fishing the Santa Cruz/Monterey Bay. In the beginning, not so successful but he persevered. Before long he was offering salmon to the neighborhood. Dad worked most of his life as a salesman. Not your typical run-of-the-mill salesman that we all shy away from. Dad was trustworthy and fun. His magical communication skills turned potential customers into, not only buyers, but lifelong friends. Chuck was preceded in life by his father, Elmer; and his mother, Marion; his wife, Isabelle; three of his sons, Michael, Thomas and Paul; his sister, Mary Lou Hamilton; his brother, John. He is survived by his son, Steven; and his daughters-in-law Julie, Colleen, Cindy and Andrea. Chuck will also be remembered by his numerous grandchildren, great-grandchildren, extended family and dear friends. Dad has chosen to be cremated and will be buried along with his beautiful wife in Oakwood Memorial Park, 3301 Paul Sweet Rd., Santa Cruz, CA 95065 on Tuesday, April 27, 2021 at 2:00 PM. Reception to follow at Chaminade, 1 Chaminade Ln., Santa Cruz, CA 95065.
To send flowers to the family or plant a tree in memory of Charles Bush, please visit Tribute Store
Tuesday
27
April

Share Your Memory of
Charles
Upload Your Memory View All Memories
Be the first to upload a memory!
Share A Memory
Send Flowers
Plant a Tree