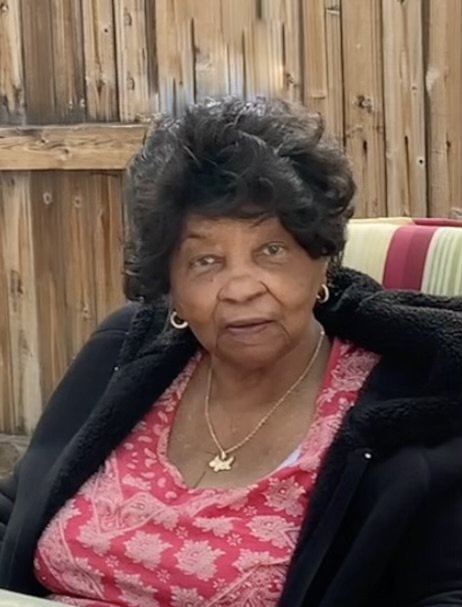 Please share a memory of Roberta to include in a keepsake book for family and friends.
View Tribute Book
Roberta passed away peacefully in her sleep on 5 April 2021. She was born in Live Oak, Florida to Henry and Emma Straughter. She moved to Youngstown, Ohio in 1948. While in Youngstown she met her husband Clyde H. Brown Jr. and they moved to Watsonville, California in 1963 and had a son Clyde III who was born in 1964. Job opportunities eventually led Roberta and her husband to settle in Santa Cruz, California where they raised their son Clyde III. While living in Santa Cruz Roberta had countless friends and enjoyed the beautiful weather. She worked at the John W. Inglis Company, and at the Del Mar Company in Watsonville. In 1991 she left Santa Cruz to live with her son who was stationed in Germany with the United States Army. During her two separate tenures in Germany she worked at the Alpine Community Club in Giessen where many of the Soldiers called her “Mom” and at the Post Exchange (PX) in Baumholder. While living in Germany she enjoyed traveling to the Netherlands, Czechoslovakia, France and went to numerous German Volksfests. She would tell anyone who asked that she enjoyed her time living in Germany. She also lived with her son in Lawton, Oklahoma when he was stationed at Fort Sill, Oklahoma. She made numerous friends in Oklahoma and worked for the Post Billeting Office. Roberta spent the last seventeen years of her life retired in Colorado Springs, Colorado living with her son and his family. She loved being a Grandmother, traveling to Cripple Creek Casinos and was known for her upbeat infectious personality. She made people laugh and smile when they encountered her and had a reputation for telling it like it is whether you wanted to hear it or not. She was a positive person who cared about people and was always ready to have a good time. In her 92 years of life Roberta gathered a multitude of loving friends and family from around the world. Roberta is survived by her son Clyde III daughter in law Andrea, granddaughter Malia and grandson Clyde IV. Roberta was proceeded in death by her husband Clyde Jr. A memorial service will be held Friday, 14 May 2021 at 2:00 P.M at Oakwood Memorial Park & Cemetery, 3301 Paul Sweet Rd, Santa Cruz, CA, 95065.
To plant a beautiful memorial tree in memory of Roberta Brown, please visit our Tree Store

Look inside to read what others have shared
Family and friends are coming together online to create a special keepsake. Every memory left on the online obituary will be automatically included in this book.
View Tribute Book
Services for Roberta Brown
There are no events scheduled. You can still show your support by planting a tree in memory of Roberta Brown.
Plant a tree in memory of Roberta

Share Your Memory of
Roberta
Upload Your Memory View All Memories
Be the first to upload a memory!
Share A Memory
Plant a Tree