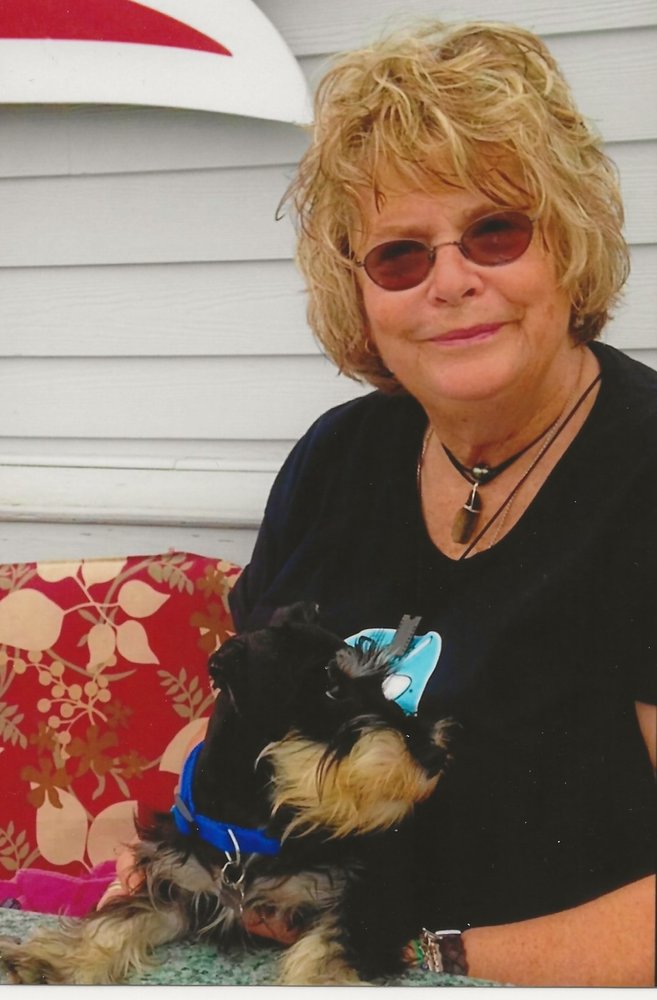 Please share a memory of Judith to include in a keepsake book for family and friends.
View Tribute Book
Judith, a creative & energetic spirit, passed away on February 5 with loving family members at her side. Despite an exhausting 3+ year struggle with metastatic breast cancer, she never stopped planning future projects and adventures. Jude, first born daughter of Doris and Jack Waage, grew up in New York and New Jersey. Her early years were filled with developing and expanding her artistic talents (drawing, painting, photography); enjoying year-round sports (horseback riding, field hockey, sledding, golf); and delighting in family vacations on New Jersey’s Long Beach Island (body surfing, sailing, biking, fishing). Year-round she produced, directed, starred in and provided costumes and set design for seasonal puppet shows and ‘dramatic’ productions, casting her 2 younger sisters & the family dog in multiple supporting roles. After graduating with a B.A. in Education from Montclair (New Jersey) State University, Jude and her husband travelled cross country looking for their new home. They chose L.A. and lived there for a few years before moving north to Los Gatos in the mid-70s. They were divorced soon after and Jude moved to Santa Cruz. In the early 1980s Jude attended an Ansel Adams workshop in Yosemite that was a highlight of her life. It inspired her tremendously and fueled her life-long passion for photography. Later she added video productions to her artistic repertoire. Jude’s love of all things Hollywood inspired her to find a way to be involved in almost every movie that was filmed on the Monterey Peninsula in the 1980s, including The Lost Boys and Star Trek 4: The Voyage. As an accredited teacher, she tutored young actors, contributed photographs, and/or was an extra. In the 1990s, she started hosting lively annual Oscar Parties (formal attire required) with golden awards for attendees whose ballots had the most winning actors/movies. She loved exploring the world and especially enjoyed her multiple trips to Tahiti. In addition to traveling, she had a wide variety of other interests: ice hockey (Go Sharks!); kayaking; the annual Iditarod Trail Sled Dog Race; rock n’ roll (attending/photographing concerts); reading; jewelry making; and Schnauzers. Jude was extremely involved in and committed to her recovery program. She and Brodie (her third beloved Schnauzer wingman and support dog) developed many strong friendships in that community while actively volunteering/participating for more than 20 years. She was a unique strong-willed woman with Puritan & Viking blood in her veins—a true force to be reckoned with. Her intelligence, generosity, creative ideas and sharp sense of humor will be greatly missed. Happy Trails dear Jude! XOX
To plant a beautiful memorial tree in memory of Judith Waage, please visit our Tree Store

Look inside to read what others have shared
Family and friends are coming together online to create a special keepsake. Every memory left on the online obituary will be automatically included in this book.
View Tribute Book
Services for Judith Waage
There are no events scheduled. You can still show your support by planting a tree in memory of Judith Waage.
Plant a tree in memory of Judith

Share Your Memory of
Judith
Upload Your Memory View All Memories
Be the first to upload a memory!
Share A Memory
Plant a Tree