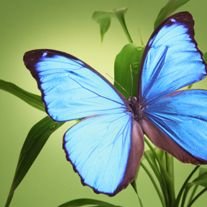 Please share a memory of Barbara to include in a keepsake book for family and friends.
View Tribute Book
Barbara Jean Childs (Tobey) died peacefully with her children beside her in Lakeland, Florida on February 21, 2021 at the age of 84. Barbara was the wife of the late Robert S. Childs and the mother of Joe Childs (Kimberly) of Lakeland, FL, Madelaine Childs of Kannapolis, NC, Nancy Duarte (Mark) of Mountain View, CA, and Norma Jean Childs (Laura) of Santa Cruz, CA. She is survived by her brother Robert Tobey (Rae) of Santa Cruz, CA and Judy Tobey Yoder of San Francisco, CA, 13 grandchildren and 20 great-grandchildren. She is preceded in death by her husband, Robert S. Childs, her sister, Marcia Tobey Hannon (Jerry) of Lubbock, TX. and her great granddaughter Nora Sage Stafford. Barbara was born on July 26, 1936 in Santa Cruz, CA to Fern C. Tobey and Alton E. Tobey. She graduated from Santa Cruz High School in 1954 and attended Mills College before beginning work as a flight attendant for American Airlines. She also worked a variety of service-oriented jobs including in her father’s business, Tobey’s Rasp Service. She married Robert S. Childs in 1959 where they initially resided in Oakland, CA. Barbara also lived in Piedmont, CA, Santa Cruz, CA, Chico, CA, Tyler, TX, and Hattiesburg, MS, until moving to Lakeland, FL in 2014. Barbara was known to many as one who lived for the causes she was passionate about. She celebrated over 57 years of sobriety and helped countless others find serenity through Alcoholics Anonymous (AA). She loved reading Eugene Peterson’s The Message and marked up several Bibles. Barbara followed politics closely and was appointed to serve on the City Planning Commission in Chico, CA in the 1970s. She loved gardening and bird watching with her late husband and was an engaging storyteller. She participated in Chaparral Poets of Santa Cruz, CA and was an award-winning poet. In her youth she played the Cello and was active in Girl Scouts. A private, virtual memorial service is scheduled for March 27th. Her remains will be buried at Santa Cruz Memorial Cemetery in a private ceremony. In lieu of flowers, please send donations to Alcoholics Anonymous or Hearts Need Art. The family would like to thank Janai Miller, Becky Bigelow, and the staff from Compassionate Care Hospice for their care and assistance in her last months.
To plant a beautiful memorial tree in memory of Barbara Childs, please visit our Tree Store

A Memorial Tree was planted for Barbara
We are deeply sorry for your loss ~ the staff at Santa Cruz Mission Chapel
Join in honoring their life - plant a memorial tree
Services for Barbara Childs
There are no events scheduled. You can still show your support by planting a tree in memory of Barbara Childs.
Plant a tree in memory of Barbara
Print
Online Memory & Photo Sharing Event
Online Event
About this Event