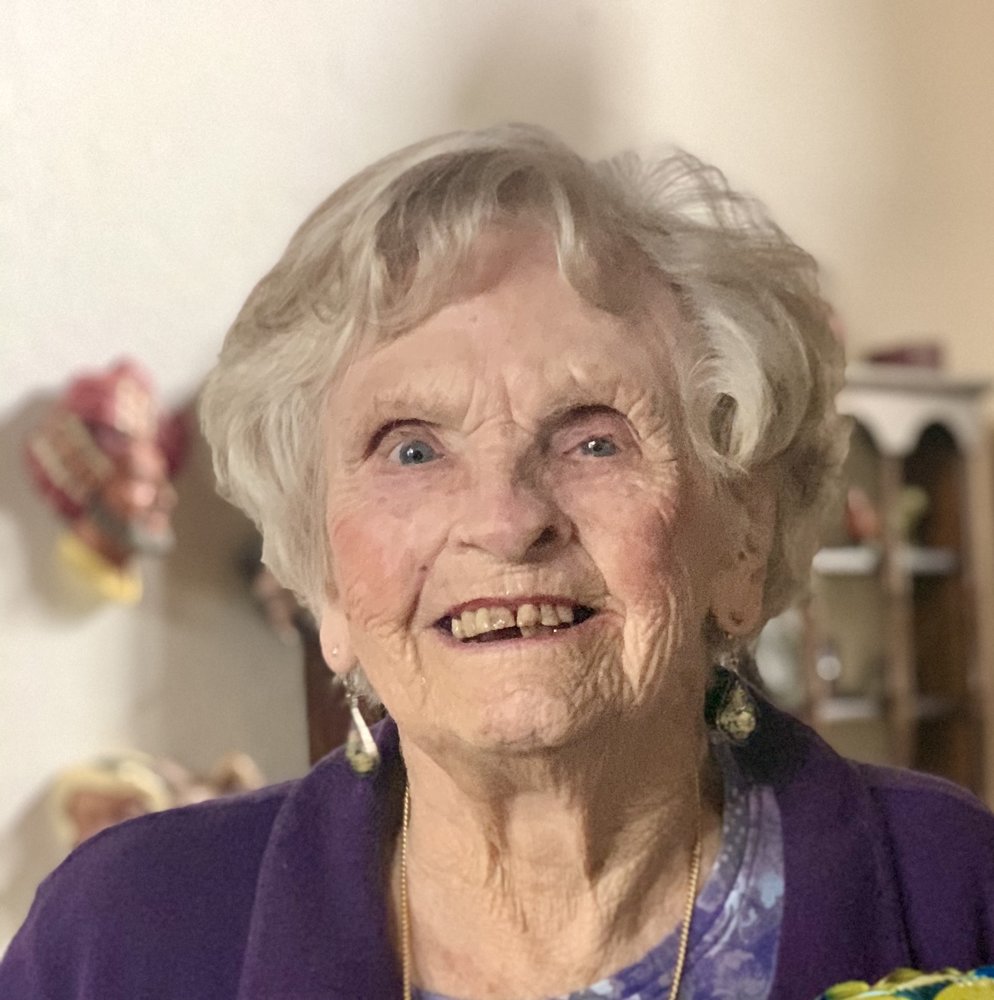 Please share a memory of Lavern to include in a keepsake book for family and friends.
View Tribute Book
Lavern Cummings passed away at home in Aptos on February 12th, due to complications from Covid. She was 96. Born and raised in Chicago, she was the third daughter born to Myrtle (Johnson) and Oscar Nelson. Lavern graduated from North Park College as a Registered Nurse. Her 33-year nursing career allowed her to work as often as she wanted while dedicating herself to raising a family. She served patients at the Chicago TB Sanitarium, West Suburban and Highland Park hospitals. She also served as a school nurse, industrial nurse and contract nurse. Lavern married Hubert (Hub) Cummings, her high school sweetheart in 1949 and raised a family in Northbrook, IL. In 1985 they moved to Aptos, CA to be near their kids. In retirement, Lavern enjoyed spending time with family and the six grandchildren, going to the beach, bicycling along West Cliff Drive, playing bridge, and traveling extensively around the world with her loving husband Hub. Lavern had many talents and interests, such as flower gardening, organic vegetable gardening, sewing, knitting, stained glass, cooking and baking. She relished new challenges and became competent on her Apple computer. Vern always owned a dog (sometimes two), usually a black lab. Lavern is survived by sons Craig (Joan), Glenn (Cathy), daughters Carol (Graham) Ketteridge, and Nancy. Lavern has six grandchildren: Michael (Nishita), Justin, Katie, Kevin (Katrina), Sarah, and Christopher; and two great grandchildren: Calder and Sayre with another on the way. She was preceded in death by Hub, her husband of 55 years; her parents; and infant twin sisters who died in the 1918 Flu Pandemic. A private Celebration of Life will be held at a later date.
To plant a beautiful memorial tree in memory of Lavern Cummings, please visit our Tree Store

Look inside to read what others have shared
Family and friends are coming together online to create a special keepsake. Every memory left on the online obituary will be automatically included in this book.
View Tribute Book
Services for Lavern Cummings
There are no events scheduled. You can still show your support by planting a tree in memory of Lavern Cummings.
Plant a tree in memory of Lavern

Share Your Memory of
Lavern
Upload Your Memory View All Memories
Be the first to upload a memory!
Share A Memory
Plant a Tree