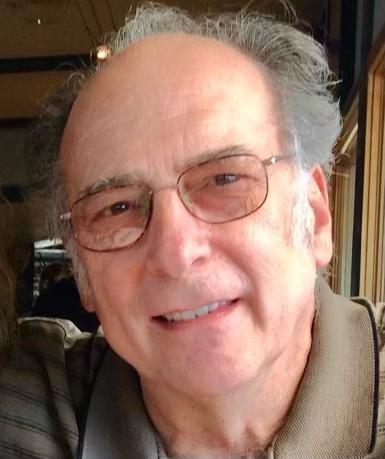 Please share a memory of Robert to include in a keepsake book for family and friends.
View Tribute Book
Robert Alexander Buonasera (Bob), 72, passed away unexpectedly on January 16, 2021, at his home in Boulder Creek, California. Bob was a kind and generous man with an enduring intellectual curiosity. He will be deeply missed by his wife and life-long partner Jennifer Bloom, his many friends, and his family. Bob was born September 18, 1948, in Queens, New York to Thomas William Buonasera and Mary Elizabeth Buonasera, née Smith. He lived in Malverne, New York throughout his early years and attended Corona Avenue Elementary School in Valley Stream. The family moved to Sands Point, New York and he went to Eastern Military Academy during his middle school years. Bob attended Paul D. Schreiber High School in Port Washington, New York, and graduated in 1966. He went on to study Philosophy at CW Post College on Long Island. Bob and Jennifer met in Ithaca, New York and were together for 48 years. After Ithaca, Bob and Jennifer spent two years living in Key West, FL. In 1976 they headed west and settled in Boulder Creek, a small mountain town nestled in the Santa Cruz Mountains surrounded by giant Redwoods. Bob was union proud. He was part of the Sign, Pictorial & Display Industry, Local 510 Union, where he worked as a rigging expert for trade shows and convention exhibit installations in San Francisco and Silicon Valley from 1977 until retiring in 2017. He often taught classes for the JATC (Joint Apprentice Training Committee) to certify union workers in rigging and also served on the union rigging committee for several years. Bob was a drummer in the band, Hummingbird, out of Ithaca in the early 70s and continued to drum until his passing. Bob’s enthusiasm for collecting books, music, and movies transcended genre and his personal collection is one to be admired for its vastness as well as its rarity. Bob’s love of history and media was shared with all who knew him as he was often quick with a recommendation or conversation pertaining to any era of music, movies, or history. Bob also enjoyed watching sports, especially basketball and his beloved Warriors. Bob is survived by his wife, Jennifer Bloom; brothers, Garland and Thomas Buonasera; nieces, Tammy Buonasera, Jacquelyn Olson, Allison Bloom, and Shannon Tesoro; and nephews, John, Troy, and Todd Buonasera, and Tracy and Daniel Bloom. A memorial service will be planned for early fall 2021. Bob gave regularly to many charities and his family requests that, in lieu of flowers, donations be made to one that he favored: Doctors without Borders, Southern Poverty Law Center, or any local food bank.
To plant a beautiful memorial tree in memory of Robert Buonasera, please visit our Tree Store

Look inside to read what others have shared
Family and friends are coming together online to create a special keepsake. Every memory left on the online obituary will be automatically included in this book.
View Tribute Book
Services for Robert Buonasera
There are no events scheduled. You can still show your support by planting a tree in memory of Robert Buonasera.
Plant a tree in memory of Robert

Share Your Memory of
Robert
Upload Your Memory View All Memories
Be the first to upload a memory!
Share A Memory
Plant a Tree