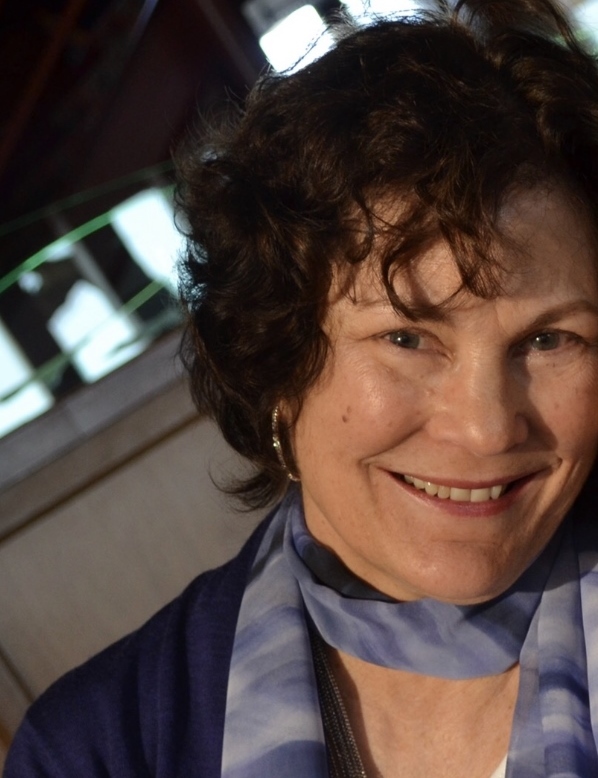 Please share a memory of Helen to include in a keepsake book for family and friends.
View Tribute Book
Dinny passed away December 7th, 2020 after an 11 year battle with ovarian cancer. Dinny was born in Des Moines, IA on September 8th, 1945 to Richard C. Barshell and Helen V Barshell. Both parents preceded Dinny in death. Dinny is survived by her loving husband, Ned, her loving son, Michael, and daughter-in-law, Anchalee Nemacheck from Missoula, MT, and her loving daughter, Karin, and son-in-law, Joe Fiorenza from Santa Cruz, CA. She was blessed with three beautiful grandchildren, Kylie Nemacheck (Missoula, MT), Lexie and Jacob Fiorenza (Santa Cruz, CA). She is also survived by her loving sister, Jane Coleman (Michael) from Lakewood, CO, and their children, Sarah and Adam. Dinny grew up in Des Moines, IA where she graduated from Abraham Lincoln High School in 1963. She graduated from Lawrence University in Appleton, WI in 1967 with a B.A. in French. She met Ned, the love of her life, at Lawrence and they married as soon as she graduated. Dinny and Ned spent most of their married years in Wisconsin where she became a Packer fan. Dinny spent most of her early years as a stay at home mom. During that time, she also volunteered in many different organizations. One organization was COPE Services, a crisis hotline for Ozaukee County in Wisconsin. Eventually, she became the executive director at COPE and was proud of some of her achievements there. In recent years, she volunteered for Caroline's Thrift Shop in Aptos, CA where she maintained the volunteer schedule for several years. Dinny loved playing tennis, traveling, and treasured her time spent with family and friends. She was a gift to all who knew her. She was a true friend to many and a treasure to her family. She had an incredibly big heart and an amazing talent of finding the good in other people. She will be sorely missed but always carried in our hearts. Memorial donations can be made to the charity of your choice.
To plant a beautiful memorial tree in memory of Helen Nemacheck, please visit our Tree Store

Look inside to read what others have shared
Family and friends are coming together online to create a special keepsake. Every memory left on the online obituary will be automatically included in this book.
View Tribute Book
Services for Helen Nemacheck
There are no events scheduled. You can still show your support by planting a tree in memory of Helen Nemacheck.
Plant a tree in memory of Helen