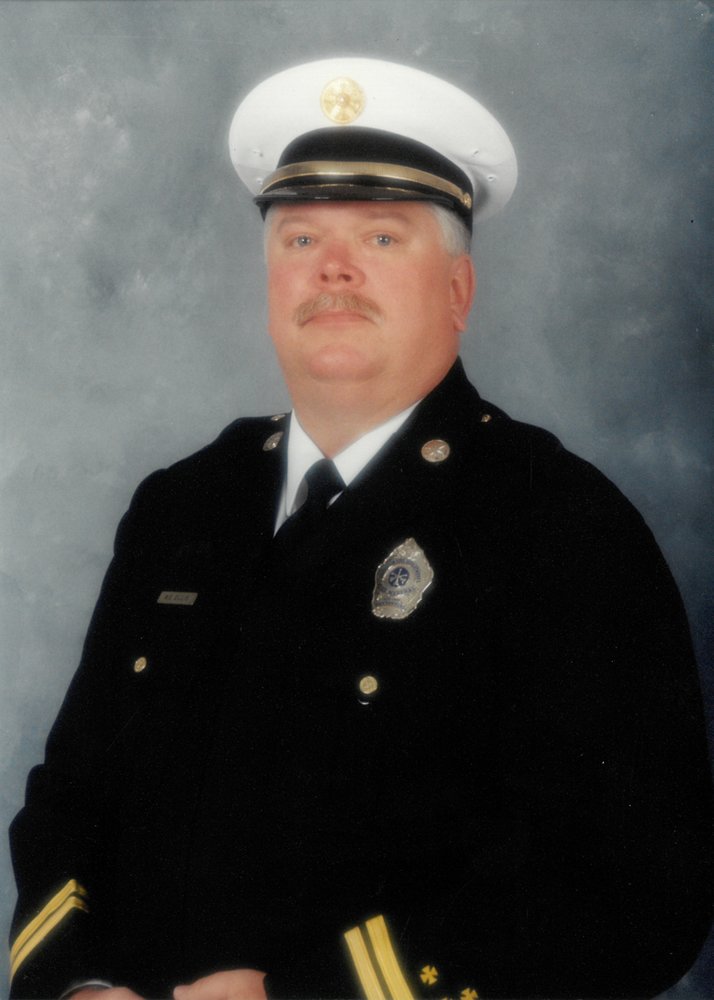 “I HAD THINGS I NEEDED TO DO BEFORE I LEFT”

William Gareth Gillis, “Gary”, 69, Retired Stockton Fire Chief and philanthropist died peacefully with his family by his side shortly after midnight on his 47th wedding anniversary.

Gary lived a life marked by devotion, the pursuit of service to others and an instinctual ability to pass from one grand adventure to the next- when the time was just right. First and foremost he was devoted to his beautiful wife, Cheryl. The sun rose and the moon set on her. He encouraged her to seek an education and a career that would build independence and purpose in her life. At the time of her retirement she had dedicated 44 years to nursing. They married August 26, 1972 at St. Luke’s Catholic Church. He joined the Stockton Fire Department October 2nd of that same year. And so his public life began.  During his time with the Department he was active in the Firefighters Local 456 and took charge of the Widows and Orphans Division. He acted as an Honor Guard serving to celebrate the lives of service men and women as they passed. Apart from his life as a fireman and husband Gary found service to his community pulling him further. In particular he was drawn to the suffering of children. He was a founding board member of the SJC Child Abuse Prevention Counsel-a board and foundation he served on for seventeen years. He sat on the SJC YMCA Board for six years and dedicated five years of membership to the Board of St. Mary’s Dining Hall. He gave four years to the Advisory Board of the San Joaquin County Safety Council, seven years on the United Way Board and was an active Rotarian for seventeen years.

Along the way Gary had three children, Nathan, Erin and Leah- all of whom have followed his example and found lives of service. His oldest Nathan served in the Army overseas during the Iraq War. Erin is an emergency room physician and has participated in volunteer international medical aid. Leah is an indigent defense attorney and has followed in Gary’s footsteps in philanthropic board membership.

As Gary often assumed positions of leadership in his philanthropy he also rose through the ranks of the Stockton Fire Department. He became a Fire Captain in 1982, Battalion Chief in 1992 and he was appointed Fire Chief in 2000. During this time in office as Fire Chief the Department fought some hard fights. They won some and they lost some but he never shied away from the work. Gary retired after 35 years of service in 2006. In his letter to the City Council announcing his retirement Gary noted that he had qualified for retirement three years prior but pointed to the September 11th  terror attacks in 2001 as the reason he had stayed on. “The nation had just been viciously attacked by a foreign enemy and was in a time of uncertainty… (and) our department was in the middle of a massive turnover of personal and the department needed stability at the top.” It was always second nature for Gary to turn towards a challenge not away from it and did things according to duty not convenience for himself. He told his family at the time “I had things I needed to do before I left.” His retirement party at the Stockton Civic Auditorium was a full house. He had the unwavering support of those who served under his command and was often called “the Union’s Chief”- an honor he cherished.

Not one to sit back and take it easy in his retirement instead he dove deeper into charity shifting his focus to international causes. He did trips with Rotary International to Ethiopia, South Africa, India, Laos, Cambodia, Vietnam and Malawi to provide polio vaccinations. He traveled to the Philippines to deliver vital equipment for the treatment of malaria. He went to Bolivia to coordinate a delivery of wheelchairs to disabled adults and children; to Mexicali to deliver playground equipment; and to Honduras to provide assistance to doctors at a children’s clinic. A few of these trips he was accompanied by his daughter Erin.

But the largest testimony to Gary’s strength and dedication would come in 2017 when he suffered a massive stroke that he never should have survived. But he and his wife’s undying determination, countless hours of therapy and the best team of doctors delivered him through. He was able to regain his ability to walk and speak and remember his life before. He saw his seventh grandchild born. And in retrospect, he was able to ease his family into the idea of ever living without him. Two and a half years later he had a second stroke after which he never regained consciousness. But he wasn’t ready to leave. Although his mind was lost to the stroke his heart beat strong and loud for four days until shortly after midnight on his 47th wedding anniversary. His wife having sat vigil by his side for eighty four hours. Their devotion to each other was as vivid in these last worldly acts of love as it has been all fifty one years of their life together. And as he had done his entire life- on his time, when he had done what he needed to do, Gary left.

At the end of the day Gary lived by a very simple moral code. Tell the truth. Honor your commitments. Give more than you take. Finish the job. In his name may all who read this go into the world and do good works.

He is survived by his wife Cheryl; his three children Nathan, Erin and Leah; his daughter- in-law Samdi; his son-in-law Shane and his seven grandchildren- Quincy, Rocky, Lilinoe, Kalai, Sofia, Monroe and Aiden.

Services are as follows: Viewing on September 3rd 4pm to 8pm at Santa Cruz Memorial Mission  Chapel with Rosary beginning at 7pm. Funeral Mass on September 4th at 11:00am at St Joseph’s Catholic Church in Capitola procession to Santa Cruz Memorial Mission Chapel to follow. A Celebration of Life at 2pm at Gary’s Aptos family home. In lieu of flowers donations can be made to San Joaquin County Child Abuse Prevention Council 540 N California St, Stockton, CA 95202 in Gary’s memory.

To send flowers to the family or plant a tree in memory of William Gillis, please visit Tribute Store
Tuesday
3
September

Share Your Memory of
William
Upload Your Memory View All Memories
Be the first to upload a memory!
Share A Memory
Send Flowers