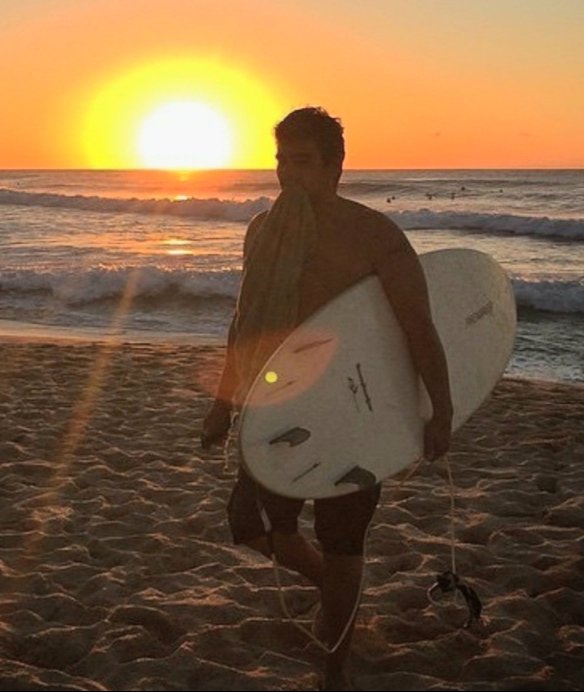 With much sadness in our hearts, the parents of David Michael Vaz regret to inform you of the untimely passing of their beloved son, David. David's biggest pleasure in life was anything to do with his love of water, surfing being the first. Most of his life as a local boy was spent at the beach; he grew up involved in the Manresa Jr. Guard program, from age 7 to 17, when he became one of the youngest California State Lifeguards. He loved his job as a California State Lifeguard in Monterey, and over his ten years of service, he was involved in many life saving rescues. David was also involved in the running of the Monterey Jr. Lifeguard program. He attended Rio del Mar school and graduated from Aptos High School, class of 2001. While attending Aptos High School, David swam on the high school team and played water polo. He won 2nd place in Surfing for Aptos High in the Santa Cruz Surfing League, in his senior year.

Then in 2012, David moved to the North Shore of Oahu to pursue his love of Surfing. David went on to manage North Shore surf shop in Haleiwa. He enjoyed teaching people from all over the world to Surf.

David is preceded in death by both his maternal and paternal grandparents, his Cousin, Donna Vaz and Uncle Steve Espinosa. He is survived by his parents, Michael & Cheryl Vaz, his two brothers, Nicholas and Miles and their wives, Maddysen and Vanessa, also his special little buddy, nephew, Matthew Vaz, many aunts, uncles and cousins.

David's infectious smile and sense of humor will be forever missed by his many cousins, friends and family. David will live on in the hearts of his loved ones and all those who knew him. He is in every bright ray of sunshine, the twinkle of every star at night, the smiles of every child catching their first wave.

A paddle out is scheduled at Manresa Beach on the morning of June 22nd, with a Celebration of David's life to follow at the La Selva Beach Clubhouse. Times will be posted on the Santa Cruz Memorial website. Please come share your stories about David and bring any photos of him! In lieu of flowers, please make donations to the Manresa Jr. Guard program.

Aloha David, We love you!

Share Your Memory of
David Michael
Upload Your Memory View All Memories
Be the first to upload a memory!
Share A Memory
Plant a Tree