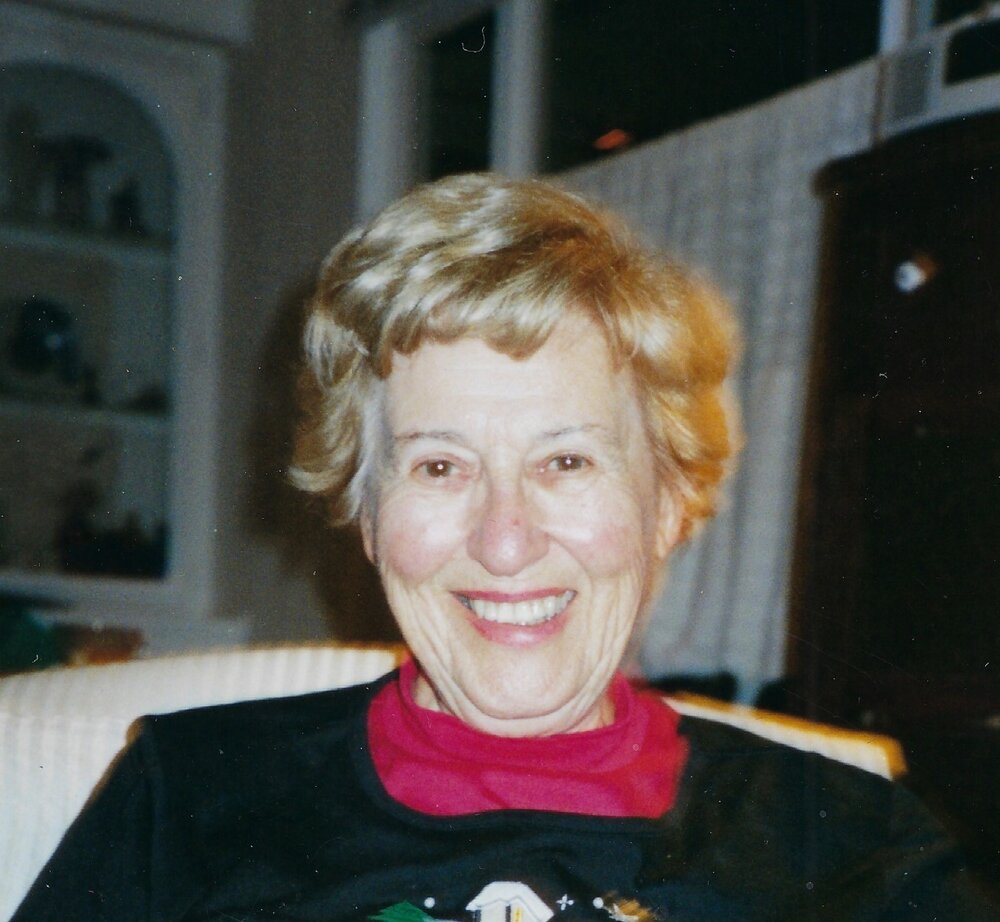 Please share a memory of Wilma to include in a keepsake book for family and friends.
View Tribute Book
Wilma M. Gawthrop, a resident of Aegis Living in Aptos California, died peacefully on December 31, 2022. She was 101. Born on August 27, 1921, in Brooklyn, New York to John Jacob Franzman and Blanche Benscher. She was preceded in death by her brother, John Franzman of Royal Oaks, California and her sister Barbara Franzman Keely of San Antonio, Texas. Wilma attended Pratt Institute in Brooklyn New York where she received an interior design degree in 1941. She worked for several years as a designer at Gimbels. In 1944 she moved with her parents from New York to Atherton, California. She worked for a few years as a number cruncher for an aviation firm in the bay area. In 1947, she met her beloved husband of 53 years, Howard Gawthrop, at a square dance for returning World War II veterans. They were married shortly thereafter. They had two children, Pamela Gawthrop Cummings and William Howard Gawthrop, both predeceased her. Wilma received her real estate license and successfully sold property in and around Santa Cruz County. She had an active social life, golfing on weekends and bridge games throughout the week. Wilma loved to travel with her husband Howard, visiting over 35 countries. She was a gifted painter and writer. Wilma was also a student of several spiritual endeavors. Wilma inspired others with her zest for life. Whether it was international travel or playing games or simply visiting the local ocean views, Wilma was always up for an adventure. There were two phrases Wilma frequently used to describe herself and her life. She said she enjoyed excellent health and that she was lucky. She was lucky in her husband, her children, her grandchildren, her in-laws, and her friends. And we were all lucky to know her. Wherever she is now, she is probably still insisting she is lucky and enjoys excellent health. She is survived by her two granddaughters Tarla Moede of Arvada, Colorado and Jennifer Johnson of San Diego, California, four great grandchildren Hazel and Oscar Moede, Tobin and Finley Johnson, and four nephews and three nieces. Memorial services to be announced at a later date.
To plant a beautiful memorial tree in memory of Wilma Gawthrop, please visit our Tree Store

Look inside to read what others have shared
Family and friends are coming together online to create a special keepsake. Every memory left on the online obituary will be automatically included in this book.
View Tribute Book
Services for Wilma Gawthrop
There are no events scheduled. You can still show your support by planting a tree in memory of Wilma Gawthrop.
Plant a tree in memory of Wilma