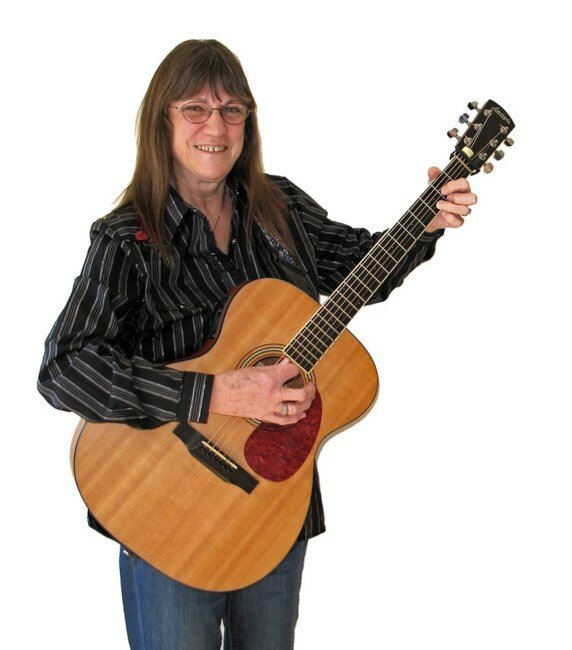 Please share a memory of Mary to include in a keepsake book for family and friends.
View Tribute Book
Folksinger and songwriter Mary Noel McCaslin passed away on October 2, 2022 at her home in Hemet, California. She had suffered from Progressive Supranuclear Palsy (PSP), a rare neurological disease. Born in Indianapolis on December 22, 1946, Mary was adopted as an infant by Russell and Lorraine (Taylor) McCaslin and grew up in Redondo Beach California. Her musical influences were early rock 'n' roll, bluegrass and country, particularly the Western ballads of Marty Robbins. When she was fifteen, she bought a guitar with her baby-sitting earnings, and at eighteen she performed her first gig at The Paradox, a coffeehouse in Tustin, California. Soon after, Mary became a regular performer at The Troubadour's Monday Night Hoots in West Hollywood, often hosted by singer-songwriter Mike Nesmith. In mid-career, she would later play that iconic room as a featured artist. During the 1970s Ms. McCaslin recorded a series of acclaimed and influential albums for Philo Records, now a division of Concord Music Group. Way Out West, Prairie in The Sky and Old Friends established her as both a distinctive songwriter and a unique re-interpreter of the popular canon. Sunny California extended her unblinking exploration of western self-mythologizing into the dissonant turf plowed by the likes of Joan Didion. The Bramble and the Rose featured Mary in duet with the late Jim Ringer, her music partner and husband until the late 1980s. Together, booked by Folklore Productions (FLi Artists), Mary and Jim performed at virtually every folk club and festival in the country. A recording of their concert at Philadelphia’s Cherry Tree is now in the Library of Congress. Ms. McCaslin’s guitar work featured an array of open tunings, and her direct vibrato-less vocal style avoided sentimentality. She influenced Nanci Griffith and many younger folk performers. Her songs have been recorded by Tom Russell, Bill Staines, Gretchen Peters, David Bromberg, Kate Wolf, Stan Rogers, Cris Williamson, and Còig. In 1989 Mary moved to Santa Cruz, California. Accompanied by her old friend and new husband-manager Greg Arrufat. she toured widely, performing in concerts and giving interviews. Her 1994 album Broken Promises features the haunting song “Someone Who Looks Like Me,” which explores the questions carried by adopted children. A resolution of sorts occurred in 2013, when Mary met her birth mother Oowanah Chasing Bear Mauser of the Kiowa-Apache tribe. Mary McCaslin is survived by her husband Greg Arrufat, sister Rose Brass and brother-in-law Richard, brother Eric Mauser and sister-in-law Becky, nephew Eric Joseph Mauser, and niece Nicole Mauser Brown and family. Services will be held on Friday, November 18, 2 pm, at Oakwood Memorial Park, Santa Cruz, California, followed by a musical celebration at Kuumbwa Jazz Center at 3:30pm. For further information, please email [email protected]
To send flowers to the family or plant a tree in memory of Mary McCaslin, please visit Tribute Store
Friday
18
November