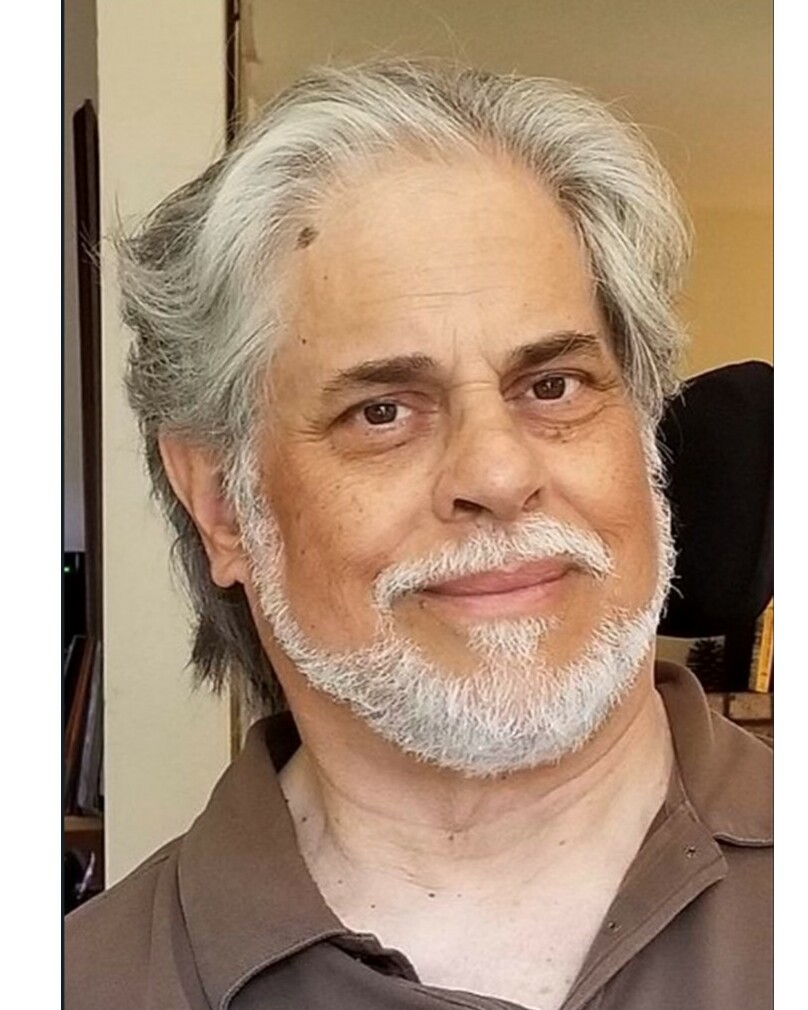 Please share a memory of Andrew to include in a keepsake book for family and friends.
View Tribute Book
MADISON, Wisconsin/SANTA CRUZ, California - Andrew Mark Vahldieck, age 69, transitioned on June 7, 2022. Andrew was born in 1952. As a child and adolescent he was a very active person who loved exploring the outdoors with friends - prairies, forests, lakes. These natural environments all held considerable fascination for him, as did the urban environment in which he was raised. After graduating from Madison’s West High School in 1970, Andrew volunteered at the State of Wisconsin Youth Conservation Camp in the pine forests of Manitowish Waters. There, after a hot day of physical labor, he sustained a traumatic spinal cord injury in a swimming accident, which left him completely paralyzed below the upper chest. The accident devastated him both physically and emotionally, a once athletic young man, now destined to spend his life in a wheelchair, dependent on the assistance of others. At age 17, Andrew lacked tools to cope with the pain, immobility, loss and disorientation he experienced. During ten months he spent in an acute care hospital, his doctors prescribed him a wide variety of painkillers on which he became tolerant, and subsequently addicted. Recognizing that the medications undermined his mental state, isolated and depressed him, Andrew chose to quit them "cold turkey" and try meditation, in time gravitating to Tibetan Buddhism. He spent a lifetime seeking out teachers and studying Buddhist philosophy, comforted in the realization that he was not his body alone, and that his mind could learn to powerfully meet the challenges of his severe disability. Andrew’s spiritual journey was featured in the March 2001 edition of Mandala magazine. Andrew earned a BS in Education, and nearly completed his Masters in Clinical Social Work at UW-Madison despite the then-abysmal lack of accommodations for disabled students and his own physical challenges. A well-known activist for Madison’s local disability community, Andrew organized street protests, leading to Madison installing curb cuts for wheelchair users long before the Americans with Disabilities Act mandated them. He helped found the McBurney Disability Resource Center for the UW, served on the advisory panel planning the fully accessible, 20-unit Karabis Apartments in Madison's Triangle, and served on the board for Access to Independence, Inc. He lectured widely to professional groups on the sexuality of the disabled and provided support and encouragement to newly disabled persons. Following passage of the Americans with Disabilities Act in 1992, he worked at the Wisconsin Coalition for Advocacy providing legal advocacy services to clients representing a broad spectrum of disabilities. He also worked with men who were court ordered to address issues of violent behavior, teaching them anger management and alternatives to violence. In 1994, Andrew moved to California to escape the harsh Wisconsin winters. Settling in Santa Cruz, Andrew would stroll West Cliff bike path on a daily basis, greeting friends and savoring its ever changing seascape and abundant wildlife. He volunteered for the local Suicide Prevention Center crisis line for seven years, and developed an interest in poetry and fiction writing. His story, “A Man Called Father,” was published in the Spring, 1999 Porter Gulch Review. His essay, “Uninhibited,” appeared in the December, 1999 online edition of Nerve Magazine. Among the great joys of Andrew’s life was assisting his close friend Diane, who had become a single parent to three minor children, David, Katrina and Amy, befriending them and mentoring them into adulthood. They came to call him “their other father” and, much later, their own children, Jadon, Milo and Spirit, would call him “Poppa Andrew.” Andrew's study of Buddhist philosophy helped him to realize his physical limitations were an opportunity to serve as a role model and helper. His experience of physical loss, emotional turmoil and severe pain helped him develop genuine compassion for others who were also in pain or turmoil. He was deeply respected and loved by all who knew him. The life he led is a testament to his sincere endeavor to follow the advice of his revered teacher, Zong Rinpoche: “Don’t worry about this life so much. Think about the next.” Andrew is survived by his siblings Michael (Julie) and Linda; his dear friend Diane, her children and grandchildren; and many, many family, friends and neighbors who feel blessed to have known him. Andrew was preceded in death by his parents Rosemary and Edward. The family sends deep thanks to Andrew's skilled and loving caregivers Jampa and Mekyi; his VNA nurse Sheelagh; and his personal physician Adam Yarme, MD. A celebration of Andrew’s life is planned for July 24, 2022. Should you wish to join us, please contact David at (408) 412-1696. Should you wish to honor Andrew with a gift, please consider donating to Tibetan Nun’s Project at https://tnp.org/ or Doctors Without Borders at https://donate.doctorswithoutborders.org/secure/onetime-donate.
To plant a beautiful memorial tree in memory of Andrew Vahldieck, please visit our Tree Store

Look inside to read what others have shared
Family and friends are coming together online to create a special keepsake. Every memory left on the online obituary will be automatically included in this book.
View Tribute Book
Services for Andrew Vahldieck
There are no events scheduled. You can still show your support by planting a tree in memory of Andrew Vahldieck.
Plant a tree in memory of Andrew