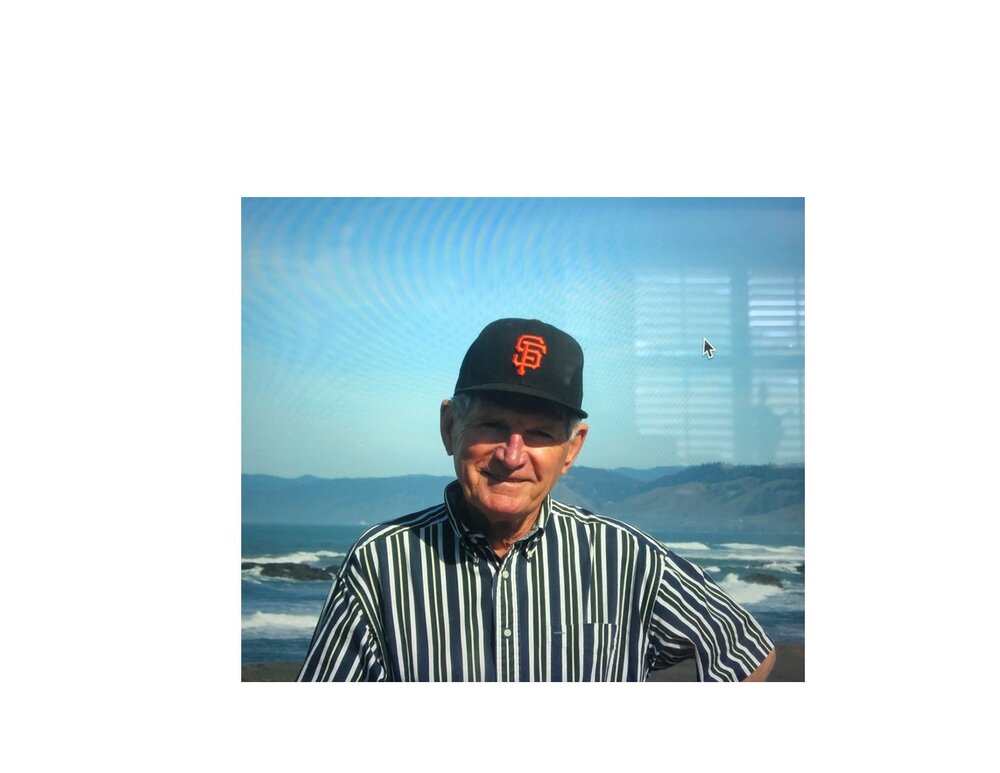 Please share a memory of John (Jack) to include in a keepsake book for family and friends.
View Tribute Book
Jack Simpson passed away peacefully in his home in Santa Cruz after a long battle with cancer. Jack was born in Van Nuys, California, where he was raised by his parents Roy and Emily Simpson, with his two sisters, Ruth and Royce. He attended elementary schools in Van Nuys where in the 7th grade, he met Carole Ann Davies, who would become his wife of 67 years. He was very active in all sports, especially football and baseball, and was gifted enough to attract the attention of major league baseball. He signed a contract with the Cincinnati Red Legs upon graduation from high school, and spent his professional career at shortstop. Carole and Jack traveled the country as he played baseball in the South, Minnesota, and Arizona. Jack made the decision to leave baseball after their first son, Dan, was born. The family moved to Santa Cruz in 1957 where Jack and his brother-in-law were partners in a service station. Jack joined the Santa Cruz Fire Department in 1960, and shortly thereafter, he and Carole welcomed two more children; a son, Mike, and a daughter, Juli. Jack was very active with his children’s activities; coaching his sons in Little League and Pony League, and following Juli around the golf course. He retired from the Santa Cruz Fire Department and was able to spend time on his special interests of wood working and taking care of his beautiful Bonsai trees. He leaves his wife, Carole, sons Dan Simpson (Terri), Mike Simpson (Staci), Juli Inkster (Brian), and four grandchildren; Bob Simpson, Hayley Chase (Harrison), Cori Long (Correy), and Shae Simpson. He also leaves two great grandsons, Tomas and Daniel Simpson, as well as his sister, Ruth Wakefield (Don), several nieces and a nephew. He was preceded in death by his parents and sister, Royce Gilmore, and a nephew and niece. Jack will be remembered for his love of family, the San Francisco Giants, and a heavy pour of a nice, red wine. He and Carole enjoyed frequent trips to their family vacation property in Amador County, where they enjoyed the beautiful scenery, antiquing, and friendships at several local wineries. We’d like to thank Hospice of Santa Cruz, especially Lynn, Beline, and Makala for their help and kind care. In lieu of a service, Jack’s family will remember him in a private gathering, as he requested.
To plant a beautiful memorial tree in memory of John (Jack) Simpson, please visit our Tree Store