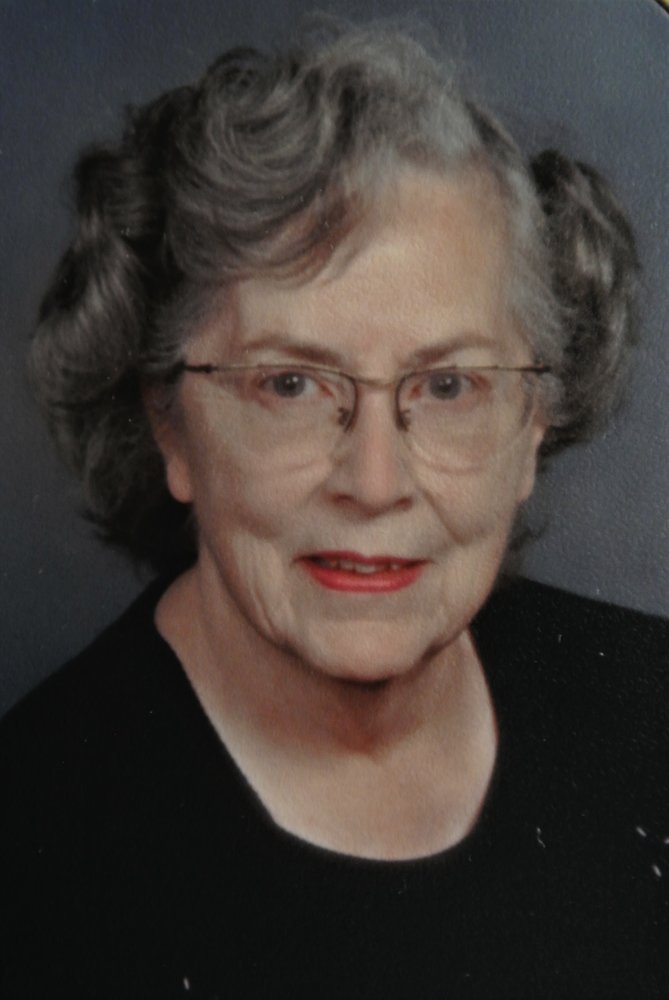 Please share a memory of Marjorie to include in a keepsake book for family and friends.
View Tribute Book
Marjorie Louise Breeden, a 25-year resident of Santa Cruz, passed away Jan. 18, 2021. Born in Missouri in 1927 to parents Rev. William and Mrs. Elsie Dewar, she was the youngest of four children, and a first-generation American. A series of family moves took her to Glendale, Calif. where she met and married her husband of 46 year, Ted J Breeden. Marjorie and Ted raised five children, born over the span of 20 years, from their home in Canoga Park, Calif. Primarily a homemaker, Majorie was a Brownie and Girl Scout leader, Sunday school teacher and the owner/operator of a licensed home daycare center. Always creative, she made crafts and games for the family, as well as sewing costumes for church plays and hand quilting keepsakes. An avid reader, she loved fiction, particularly westerns. Holidays were large events with extended family and no family gathering was complete without a game -- usually one Marjorie created on her own. Summers typically included epic 4- or 5-week driving vacations that extended to nearly every state west of the Appalachians and several times into Canada. Approaching retirement in 1990, Marjorie and Ted made several trips to Europe, visiting France, England, Scotland, and Belgium, as well as to Hawaii. In retirement, Marjorie and Ted moved to Colorado Spring in the early 1990s. Her husband passed away in 1995, and Marjorie moved to Santa Cruz to be near family. She remained involved with her growing family, typically hosting Thanksgiving and Easter at her home. She continued to travel, including trips around the country with her family. Her most distant trip was to Guam in 1997 to see her grandson, who had just been born. Marjorie was active in her church and was a frequent volunteer in church activities, developing many close friendships. Even in her early 90s, Marjorie continued to walk to church for weekly services and sang in a group with other seniors. She remained independent, living in her home until late 2019, when she moved into a managed care facility in Santa Cruz. With two of her children and their families living in the area, Marjorie had frequent visitors and never missed a chance to try to share her lunch with those who came to chat. She loved seeing pictures of all her children, grandchildren and great-grandchildren when family visits were again allowed last summer. Marjorie contracted COVID in early January and passed away a couple days after returning from a visit to the hospital. Marjorie was preceded in death by her husband Ted; and her siblings William Dewar, Barbara Nogy, and Elsie Ames. She is survived by her daughter Terri Knutson and son-in-law Gary Knutson of Santa Cruz, son Philip Breeden of Hawaii, son Greg Breeden and daughter-in-law Edna Breeden of Charleston, S. Carolina, son Dan Breeden and daughter-in-law Sydney Breeden of Capitola, and son Tom Breeden of Los Angeles. She is also survived by five grandchildren, Rachel, Charlotte, Amber, Amanda, and Andrew; and three great-grandchildren.
To plant a beautiful memorial tree in memory of Marjorie Breeden, please visit our Tree Store

Look inside to read what others have shared
Family and friends are coming together online to create a special keepsake. Every memory left on the online obituary will be automatically included in this book.
View Tribute Book
Services for Marjorie Breeden
There are no events scheduled. You can still show your support by planting a tree in memory of Marjorie Breeden.
Plant a tree in memory of Marjorie