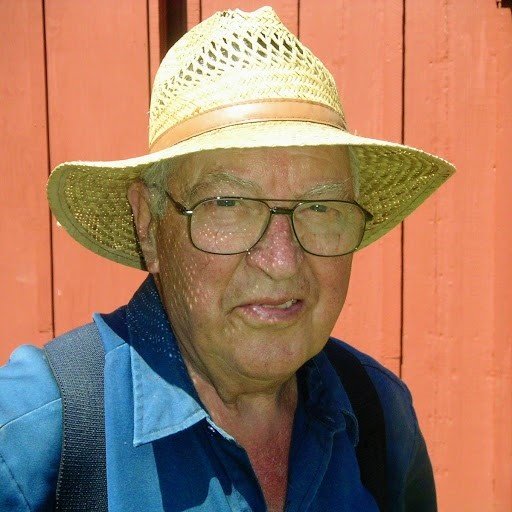 Dean Warren Barnes, of Santa Cruz, passed away peacefully in his home on Sept. 1, 2019, just 11 days shy of his 100th birthday.  Dean was born in Willamette, OR on Sept. 12, 1919, to Lawyer and Ella (Ream) Barnes.  He was proceeded in death by his loving wife, Mary Alys, and is survived by his son David (Adrienne Stolz), grandson Mark (Tara), great-granddaughter Emile Rae, nephew Gary (Diane) and many loving friends and neighbors.

Dean and older brother, Norman, grew up on a farm in Willamette where his father taught him to farm.  He developed a great love for animals and learned to ride horses at a young age.  He was an athlete, earning two letters in football, one in basketball and one in track during his high school years.

His career began at the age of 16 when he followed in his father’s footsteps and joined the National Guard because, as he put it, “It was during the Depression and the one dollar I earned for attending Monday night drill was a lot of money for a young teenager.”  He entered the Army’s ROTC as a way to fulfill his goal of achieving a college education.  This led to a military career that spanned 24½ years in which he rose to the rank of Lieutenant Colonel, the rank of which he held when he retired in 1962.

Dean met his future bride when assigned to sit alphabetically in his freshman English class at Oregon State College.  Over the next four years his romance with Mary Alys Boynton blossomed.  He was called to active duty in 1941, just shy of having the required courses for graduation, and sent to Engineer School at Fort Belvoir, VA.  Upon completion, he bought his first car and, with the motivation of making Mary Alys his bride, drove his 1936 Pontiac day and night to the West Coast.  Dean and Mary Alys were married in 1941.

As a World War II officer, Dean’s tours of duty included assignments in Australia, New Guinea, the Philippines and Japan.  He earned the Legion of Merit for his responsibilities while assigned to the Engineering Section of General MacArthur’s Headquarters, Southwest Pacific Area, and he served inside the Beltway at Washington DC, in the Office of the Chief of Engineers.

After the war Mary Alys and their son, David, accompanied Dean to each new military assignment, including frequent moves across the country and four years in Germany.  His tours of duty included time as a student and later as an instructor.  This took them from coast to coast with tours in the Portland District which allowed him to complete his degree in Civil Engineering at his alma mater, and New York where he earned his master’s degree in Industrial Engineering and Management.  After retiring from the military, Dean worked for United Technologies for 14 years where he wrote test procedures for assembly and checkout of Titan III solid rocket motors.  Dean had a lifelong passion for writing and authored a Field Manual, Army Forces in Amphibious Operations, for which he received a commendation from the Commanding General.  Proud of his military career, Dean was a founding member of the Santa Cruz Chapter of the Retired Officers Association and supported the chapter throughout its 55-year history.

Upon his Army retirement, Dean and Mary Alys moved to the Santa Cruz mountains where they had room for two horses and enjoyed tending their 2½ acres that Dean so lovingly called “Lower Paradise”.  He and Mary Alys took on the task of remodeling the old farmhouse on their property and began gardening and planting every type of fruit tree they could imagine.  Canning and freezing to preserve their harvest were huge summer projects each year.

Dean’s passion for growing dahlias grew out of his desire to downsize his vegetable garden.  Little did he know at the time that his dahlia garden would grow to over 800 plants, in a multitude of varieties, per season.  This definitely surpassed the work of raising vegetables and took his gardening in a new direction.  With a colorful garden in full bloom, he became a valued member of the Monterey Bay Dahlia Society.  He hybridized and propagated 23 new varieties that passed the American Dahlia Society trial garden standards and were introduced into the American Dahlia Society Classification and Handbook of Dahlias.  Most notable, and his proudest variety, he named MAB after the love of his life, Mary Alys Barnes.  He became a mentor to those who wished to follow in his footsteps.

Dean lost Mary Alys in 2011, just short of 70 years of marriage, and faithfully kept alive the family tradition, of writing their Christmas letter through his last Christmas in 2018.  Dean lived independently, by himself, after Mary Alys’ passing, continuing to garden, drive and care for himself and his Lower Paradise until the last few weeks of his life.  A remarkable achievement for a man of his years.

Dean’s neighbors will remember the support and many kindnesses he and Mary Alys extended to them. Always ready to lend a hand, neighborliness was a quality that Dean highly regarded and of which was very important to him.

Dean will be remembered for the deep love he had for his wife, caring for all the stray cats in the neighborhood, for his independent spirit, generosity and helpful nature, for making a difference in the lives of the people he touched, and for his immense and gentle kindness to all.  May he rest in peace in God’s loving arms.

To send flowers to the family or plant a tree in memory of Dean Barnes, please visit Tribute Store
Saturday
26
October