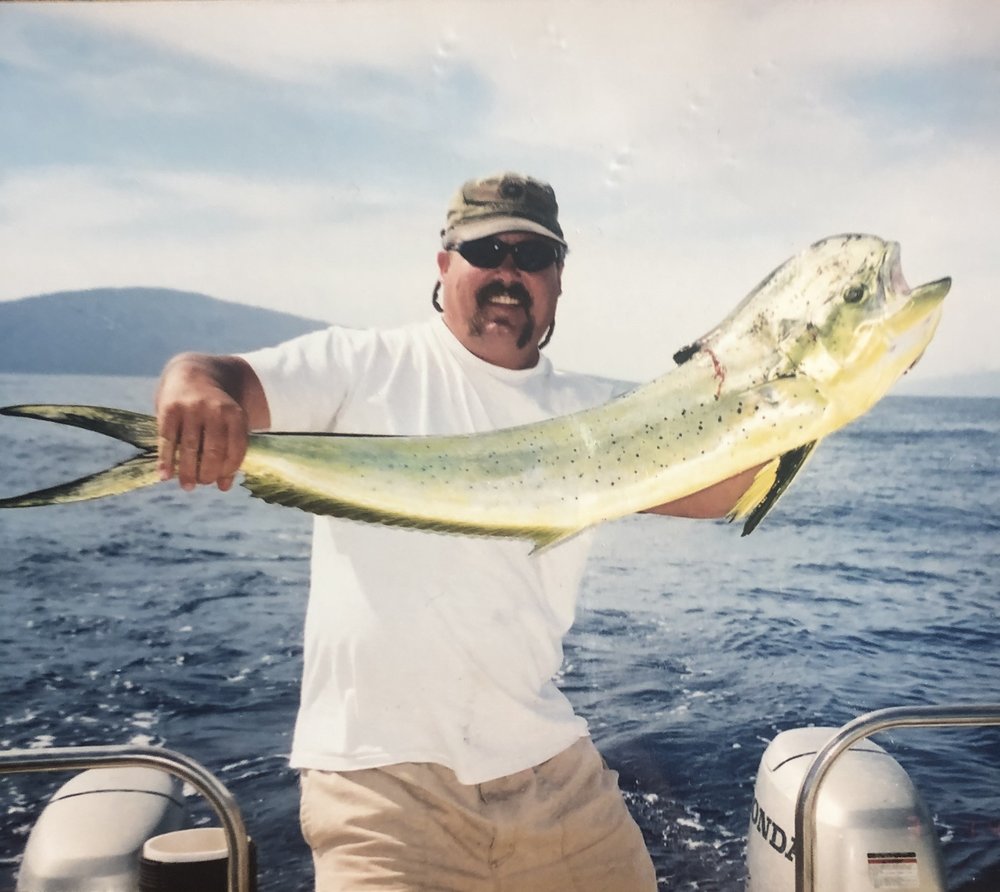 Please share a memory of Thomas to include in a keepsake book for family and friends.
View Tribute Book
Thomas "Tom" Morgan passed from this life in his home in Santa Cruz, CA at the age of 60, with his family by his side. Tom was one of three children of Paul and Mary Ann Morgan. He grew up in Saratoga, CA and graduated from Prospect High School. He then moved to Santa Cruz to attend and play football for Cabrillo College. Tom had a lifelong love of sports and while growing up played Pop Warner football and Little League baseball and continued playing football and other sports throughout high school and college. His dedication to sports continued and he returned to Prospect to coach football, he coached Capitola-Soquel Little League (where you could hear him several fields away) and was an avid supporter of Santa Cruz Pop Warner Football. He later became a member of the San Francisco 49er's "chain gang," working the line markers on the sidelines. While attending Cabrillo College, Tom met and later married his wife Rosalind "Roz" Oldemeyer. They had two children, Paul and Allison and raised them in Santa Cruz. They loved to entertain friends and family and Tom loved to cook. His love was shown in the culinary delights he shared with you. He was well known for his fish tacos and fresh caught fish and crab feeds. He was as an avid outdoorsman who enjoyed camping, hiking, hunting and most of all fishing. He had a fisherman's heart and was happiest on the water. His annual fishing trip to Mexico and several to Maui were among his favorites. Tom worked hard and played hard and material objects meant nothing. He was a strong, kind and loving man who loved his kids, family and friends. His laugh was loud and infectious and he loved to pull a good prank. On the weekends, you could find him talking shop at Moon Dog Cafe or Santa Cruz Harbor and then driving East Cliff to check out the waves. He enjoyed reading and sharing books. He lived life to the fullest and he will be greatly missed. He is survived by his mother Mary Ann, son Paul, daughter Allison, and sisters Paula and Michelle. He was preceded in death by his father Paul and loving wife Rosalind. His family will be hosting a celebration of life at a later date. In lieu flowers, the family prefers donations to Santa Cruz Pop Warner, PO Box 2962, Santa Cruz, CA, 95063, [email protected] or Capitola-Soquel Little League, PO Box 1344, Capitola, CA, 95010.
To plant a beautiful memorial tree in memory of Thomas Morgan, please visit our Tree Store

Look inside to read what others have shared
Family and friends are coming together online to create a special keepsake. Every memory left on the online obituary will be automatically included in this book.
View Tribute Book
Services for Thomas Morgan
There are no events scheduled. You can still show your support by planting a tree in memory of Thomas Morgan.
Plant a tree in memory of Thomas

Share Your Memory of
Thomas
Upload Your Memory View All Memories
Be the first to upload a memory!
Share A Memory
Plant a Tree