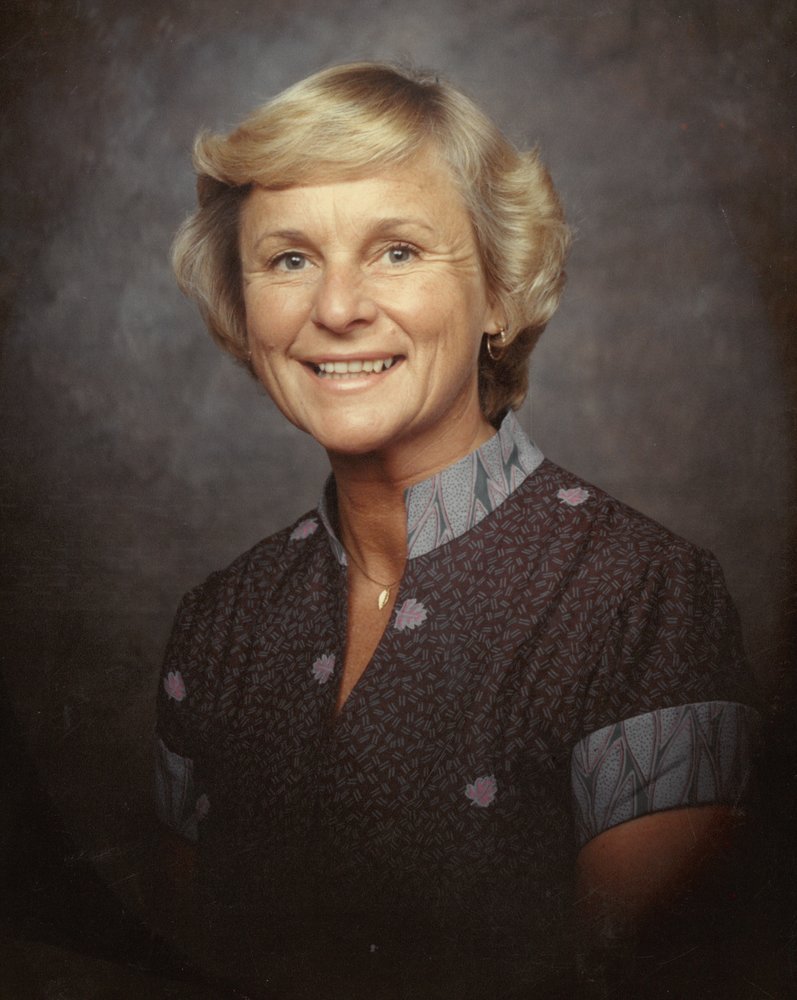 Please share a memory of Nelda to include in a keepsake book for family and friends.
View Tribute Book
Nelda was born in San Jose, Ca. to Earl and Alice Parker in l930. Her father was a Professional Violinist and her Mother an accomplished Pianist. She started piano lessons when she was four and gave a full length classical concert when she was nine. She studied piano with the goal of a classical piano career which included private studies in Paris, France. She attended San Jose Schools and First Baptist Church where she enjoyed being in many musical groups. After attending San Jose State she went to Biola College. While at Biola, she was organist/pianist for the schools’ Coast to Coast Radio Broadcast and Youth Radio Program. In 1950, she married Paul Barton, her high school sweetheart and enjoyed 70 years together. After Paul’s graduation from Biola, they moved to Santa Cruz, Ca. and came on staff at Twin Lakes Baptist Church where Paul became the Minister of Music, and led music/worship and Nelda played organ/piano. She was the accompanist for 40 years. She traveled with Paul on many choir tours, special groups and family concerts…twice to Japan and to Haiti. She also was accompanist for the church radio broadcast, Morning Chimes, for 25 years. Her two recorded CD’s combine classical and original hymn arrangements. Nelda loved the out of doors, flowers, (especially her roses), painting, and sewing clothes for their 5 children. She is survived by her husband, Paul Irvin Barton, their four children, Liz de Paul, Chris Murray (Joseph), Shery DeLair (Don), Greg Barton (Jennifer), and daughter-in-law, Dawn Barton. Together they were blessed with 18 grandchildren and 24 great-grandchildren. Nelda is preceded in death by her parents, two brothers and son, Paul Gary Barton. She committed her life to Jesus Christ and now heaven is rejoicing with the presence of a truly remarkable woman of God!
To send flowers to the family or plant a tree in memory of Nelda Barton, please visit Tribute Store
Oakwood Memorial Park
3301 Paul Sweet Road
Santa Cruz, California, United States
Need Directions?
View Map | Text Directions | Email Directions
Order Flowers for Nelda Barton's
Online Memory & Photo Sharing Event
Online Event
About this Event