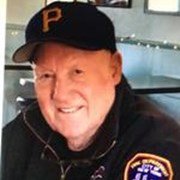 John Lawrence Taylor was born on November 6th, 1937, to Jack Jay Taylor Spinelli and Dixie Henrietta Taylor. Survived by his son, John Jay Taylor & wife, Julie, & Joan Estell Mann, former wife, of Vancouver, Washington. Pre-deceased by youngest son, Michael Taylor Spinelli.
John passed on May 26th 2019 in Santa Cruz, CA, at the age of 81, following a seven-month battle with pancreatic cancer. Surrounded by his son and daughter in-law as well as long-time friends, Bart Carpenter and Bill Prather, John passed peacefully in his own bed as he desired. John made the decision to stop all treatment and to have Santa Cruz Hospice assist him in his last weeks of life.
Growing up in Richmond, California, he graduated Richmond Union High School in 1955. He entered the United States Air Force and became fireman that set the stage for his lifelong career of courtesy and service. Hired in January 1962 with the Richmond Fire Department and then testing and being hired in the San Jose Fire Department, in January 1966. John was promoted to Engineer in December 1970 and Captain in January 1974. John retired from the San Jose Fire Department on March 31,1993.
If you had John Taylor for a friend, you had the best friend one could ever ask for. His warm smile and true heart brightened any place he went. He was the real deal who never left a friend in need nor deferred to help those who needed assistance. If you asked him a question, be prepared for his heart. He will be missed by all who knew him!
John loved to fish in lakes, streams and his favorite, the Pacific Ocean! His love of the outdoors took him on many adventures and he loved sharing stories of his many adventures during his lifetime.
Donations in memory of John Lawrence Taylor can be made to Hospice of Santa Cruz County, 940 Disc Drive, Scotts Valley, CA 95066
A celebration of life is scheduled for October 26th, 2019 at 318 Plateau, Santa Cruz, beginning at 2 PM and continuing until all the stories are told!

Share Your Memory of
John
Upload Your Memory View All Memories
Be the first to upload a memory!
Share A Memory
Plant a Tree