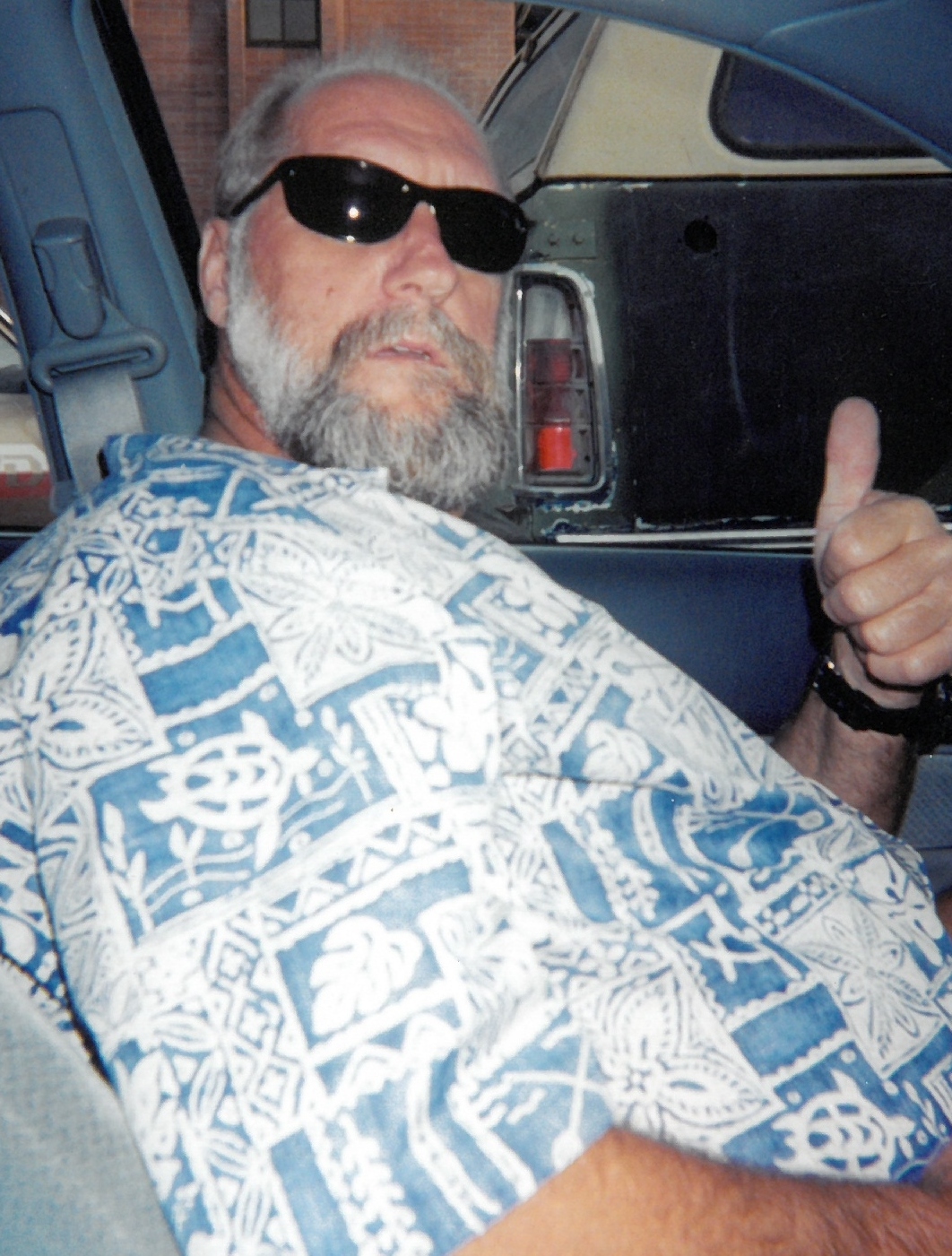 Pete Galli, a native of Santa Cruz, passed away on July 1st, 2019 at the age of 72.  Pete was born on October 19th, 1946 to Peter Giovanni Galli and Edith Anne Baker. He attended local Santa Cruz schools and graduated in 1973. Pete later became a longtime carpenter where he worked respectively for Hal Porter and Mike Watts Construction.
Pete had a passion for surfing. He spent much of his early years camped out on West Cliff Drive in his Volkswagen Bus just waiting for the next big surf! He also had a passion for classic cars, sailing and most of all, riding his Harley Davidson motorcycle.  Pete was the life of the party, wherever he went! He always had a great story to tell. Most of his stories included his dearest friend, Shannon Gannon who was like a brother to Pete. They shared the good, the bad and the ugly. Shannon was by Pete’s side until the very end.
Pete had a heart of gold. He was always the first to lend a helping hand. Shannon once recalled Pete, holding up traffic to help an elderly woman to cross the street. It didn’t matter to him how long it took or how many horns were honked, he just wanted to help. No matter how hard life became for Pete, he always put other’s first.
Pete is survived by his significant other, Nancy Fassio of Santa Cruz; son Nicholas, daughter in- law Jennifer and granddaughters Beatrice and Audrey Galli of San Francisco; sister Sharon Pitt of Sebastopol, brother Tom Galli of Ukiah, step son in-law Christian, step daughter in-law Lori and step granddaughters Gianna and Emma Le Moss of Watsonville; step daughter Katie Kelly of Angels Camp; and many nieces and nephews. Pete is preceded in death by his brother Gene DeVico.
Pete was loved by so many that friends, became family. A very special thank you to Shannon and Margaret Gannon, Ray and Zayne Fassio, Sharon Pini, John and Cathy Woo, John and Carol Tietz, Ray Brubeck and Bernice Wong, Danny and Barbara Cabico, along with many other close friends.
“YOUTH IS A TRULY WONDERFUL THING." Unfortunately, though, this is often something that’s hard to appreciate when we’re young. Life passes by quickly. Before we know it, we are old. That’s why in our youth we should be as active as we possibly can. Rather than a life of blank pages, live a life crammed full of memories- of battles well fought and wonderfully diverse experiences. Not to leave behind any history, to just grow old and die, is a sad way to live…” Cheers to you Pete Galli. Here’s to a life full of history, crammed full of memories and wonderfully diverse experiences but most importantly, battles well fought. You will be greatly missed, my Love.
A Celebration of Life will be held on Saturday, September 14th, 2019 at 2:00pm at the Moose Lodge #545 located at 2470 El Rancho Dr, Santa Cruz, CA 95060. Donations may be made in Pete’s honor to the Surf Rider’s Foundation at: https://secured.surfrider.org/.memorial?id=7010H000001rcwJ

Share Your Memory of
Pete
Upload Your Memory View All Memories
Be the first to upload a memory!
Share A Memory
Send Flowers