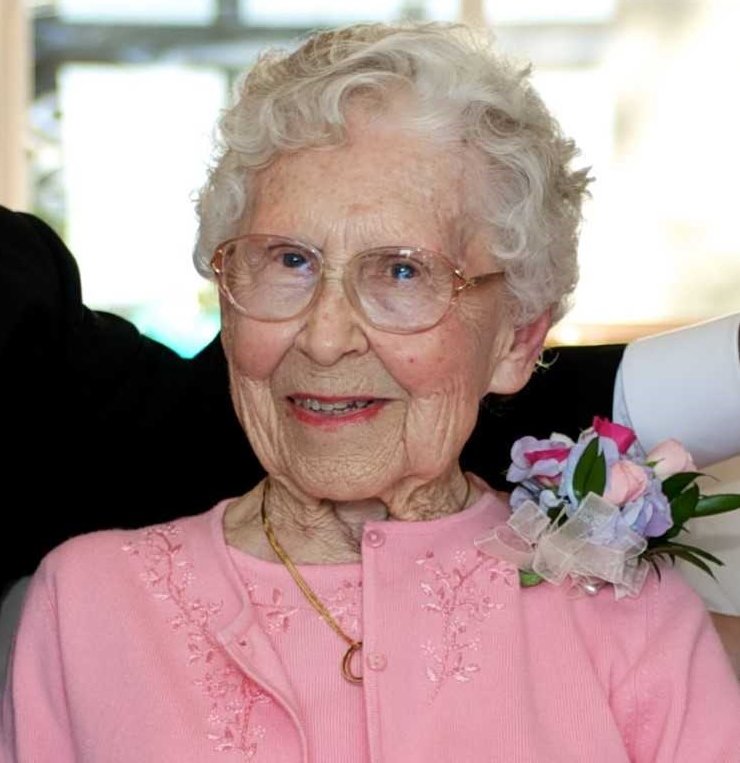 Services have been held for Rosa Minuti, long time Santa Cruz resident, who passed away on July 19th.  Rosa was born on June 1, 1926 in the Texas panhandle city of Pampa.  When she was 3, Rosa moved with her parents, Nora and Charles Wyatt, to the California coast, north of Santa Cruz.  The family lived on a dairy ranch between Año Nuevo and Pigeon Point lighthouses.  Rosa attended Pescadero High School.  One of Rosa’s favorite activities as a young girl was to sneak out of the house and go horseback riding alone on the moon-lit beach.  This was safe in the good old days.  At 18, while visiting her aunt in San Diego, during World War II, Rosa met a sailor who was quite taken with her.  His name was Frank Minuti, who predeceased her.  On January 21, 1944, Rosa and Frank were married, they had 55 happy years together.  Rosa has 3 sons (William, Frank and Charles) and a daughter (Cathy).  Three of the children reside in Santa Cruz and Frank lives in Redwood City.  When her children were older, Rosa worked as a nursing assistant for over 20 years at Dominican Hospital.  Rosa thoroughly enjoyed taking care of patients.  Rosa also volunteered for the Mended Hearts Association and visited patients at Dominican Hospital, bringing her joy of life to others.  Rosa was a wonderful wife and mother and will be deeply missed by her family.

In lieu of flowers the family asks that donations be made in Rosa’s memory to Hospice of Santa Cruz County, 940 Disc Dr., Scotts Valley, CA 95066.

Share Your Memory of
Rosa
Upload Your Memory View All Memories
Be the first to upload a memory!
Share A Memory
Plant a Tree