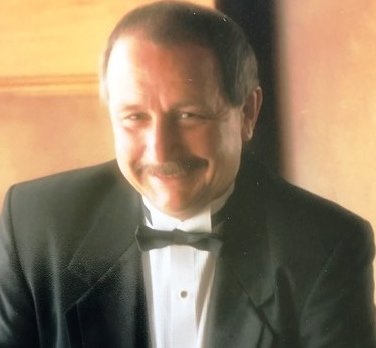 Ronald Andrew MacMinn, 75, died Monday, May 3, 2019 in hospice care at Veteran's Hospital in Palo Alto, after being hospitalized due to complications with his paralysis.  He leaves his wife, Lillian MacMinn; his two sons Justin Andrew MacMinn, and Jason Donovan MacMinn; his sister Alexis Verrett; his grandson Ryan James MacMinn; as well as many other family members and close friends.

Ron was born on November 20, 1943 in San Francisco, the son of Andrew Alexander MacMinn and Berdella Marie Sornsen. Ron served in United States Air Force, from January 1962 to January 1968, as an air fuel supply specialist. During his service he was stationed in Anchorage Alaska during the 1964 Great Alaskan 9.2 earthquake. Later in life he worked as a banker for Wells Fargo Bank, was a California Highway Patrolman, he also worked for Pacific Bell for nearly 20 years, and finished his career as a self-employed mobile Disc Jockey following his lifelong passion for music. He had his 1st son Jason with Diane Carli. Later he and Lillian Szewczyk were wed, and had his 2nd son, Justin. He spent most of his life in Northern California, and enjoyed having many pets.

Funeral services will be held June 8th at 1:00 p.m. at Santa Cruz Memorial-Mission Chapel,1927 Ocean Street, Santa Cruz, CA 95060. Viewing available from 11:30 a.m. – 1:00 p.m., a Celebration of Life ceremony will start at 1 pm. In lieu of flowers or gifts, contributions are preferred in Ron’s memory to The Fisher House Foundation at fisherhouse.org

Share Your Memory of
Ronald
Upload Your Memory View All Memories
Be the first to upload a memory!
Share A Memory
Plant a Tree