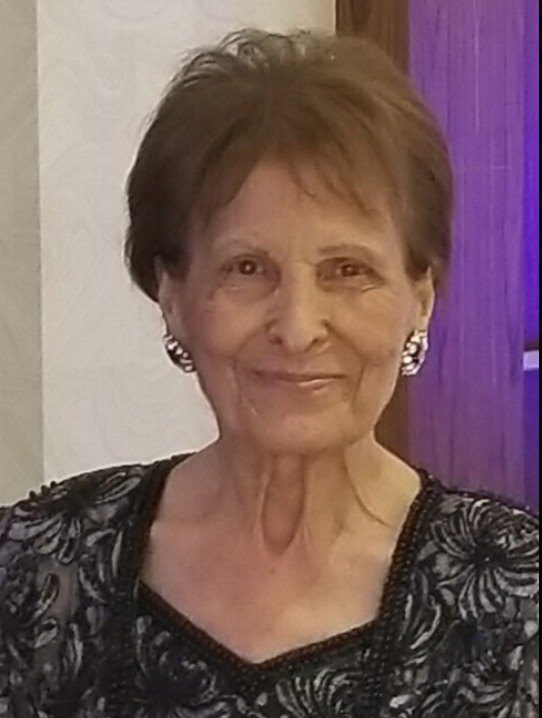 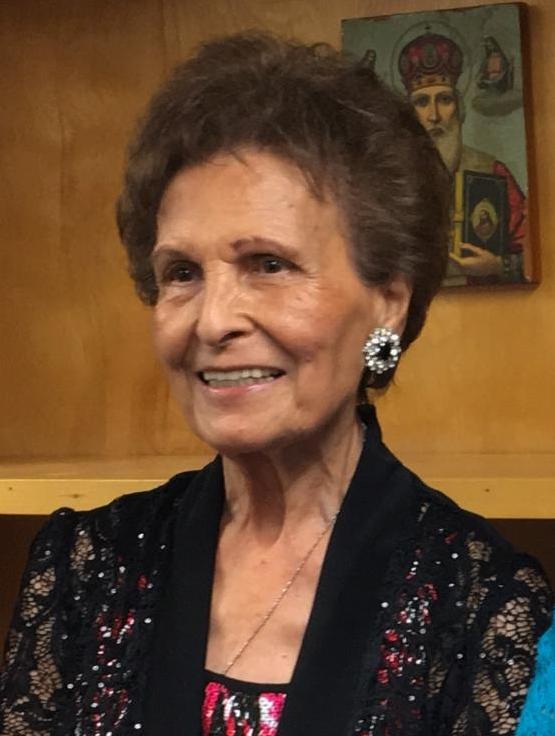 It is with great sadness but with hope in the Resurrection that the Greek Orthodox Metropolis of San Francisco announces the passing of Presvytera Anastasia Karastamatis who fell asleep in the Lord on March 9, 2019. She was born in Nea Anchialos (near Volos), Greece on February 10, 1940 to her proud parents, Hrisoula and Ioannis Matselis. She was the third in a family of four girls.

“Presvytera Anastasia was a devoted wife, mother and grandmother. She cherished her family and they brought great fulfillment to her life. She never wavered in her faith, even after the tragic passing of Father John. She was the epitome of strength, grace and love to all those who knew her,” stated His Eminence Metropolitan Gerasimos. “Now she has been welcomed into the loving arms of the Lord whom she so faithfully served, and has found peace and eternal rest in heaven.”

Anastasia lived in Greece during the war years and at the age of 11 she came to the United States to live with her aunt and uncle in San Carlos, CA. After she completed school, she went to work in San Francisco where she was introduced to the young and handsome John Karastamatis.

In 1961 Anastasia married John at the Annunciation Greek Orthodox Cathedral in San Francisco, presided by Rev. Father John Geranios, of blessed memory. The young couple first made their home in San Francisco, and then moved to Redwood City, and in 1968 to San Carlos. They were blessed with two wonderful children, Maria and Foti. Maria and her husband Dimitrios Kosmides, reside in Thessaloniki, Greece. They have two children, Stefanos, married to Anastasia, and Yiannis, married to Rena, who recently gave birth to their first son, Dimitrios, the first great-grandson of Presvytera Anastasia born the same day of her passing. Foti lives in Tennessee with his four beautiful children, Kallista, Yianni, Thanasi, and Anastasi; their mother Tina passed away in January 2019. Presvytera Anastasia is also survived by her three sisters and several extended family members.

John Karastamatis fulfilled his dream of serving the Lord, and was ordained to the Holy Diaconate on August 8, 1970, and to the Holy Priesthood on the following day, at the Holy Transfiguration Greek Orthodox Church in Anchorage, Alaska. This would be Father John’s first parish assignment, and Anchorage would become home for the Karastamatis family. Later they moved to Canonsburg, Pennsylvania, but because of illness due to the climate, they moved back to northern California. Father John, with Presvytera Anastasia and their family, were assigned to the newly formed Prophet Elias Greek Orthodox Church of Santa Cruz County in November 1979.

After the untimely death of Father John in 1985, Presvytera Anastasia found herself a widow at the age of 45. Their daughter Maria was married and living in southern California, having given birth to her first son, Stefanos, born just five days before her father was murdered. Father John and Presvytera Anastasia’s son Foti was finishing high school and still living at home. Presvytera Anastasia was a pillar of strength and faith for her family and for the young struggling community in Santa Cruz to move on and keep Father John’s dream alive. It is the example she set, through her inspiration and leadership, which kept the rest of the community committed to having a Greek Orthodox Church in Santa Cruz. She was the backbone of the parish and she led by example through her selflessness. She earned respect because she demonstrated what real love was like. While she considered Prophet Elias Greek Orthodox Church her parish, it is really God and the Orthodox Church that she served. She put the needs of others ahead of her own, and sacrificed so that the Church could thrive.

May her memory be eternal!

To send flowers to the family or plant a tree in memory of Presvytera Anastasia Karastamatis, please visit Tribute Store
Monday
18
March

Share Your Memory of
Presvytera Anastasia
Upload Your Memory View All Memories
Be the first to upload a memory!
Share A Memory
Send Flowers