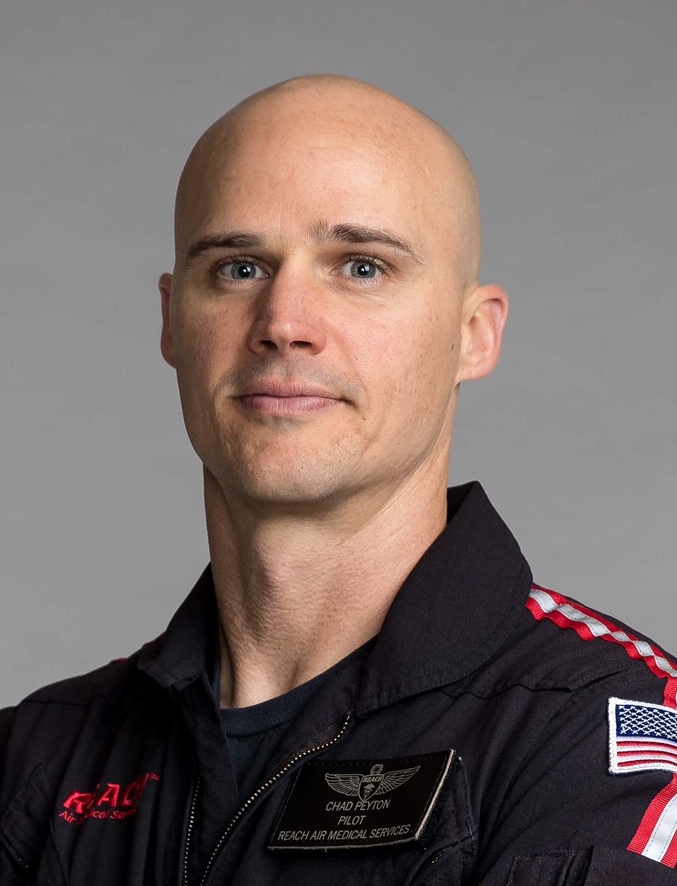 Chad Robert Peyton, a beloved husband, father, son, brother, and friend, passed away on May 17, 2021. Chad was born in Tyler, Texas on November 10, 1980. He was raised in Chandler, Texas and graduated from Brownsboro High School in 1999. Chad received a congressional nomination to attend college at the United States Military Academy at West Point. While at West Point, he majored in Geospatial Information Systems and played Division 1 rugby for the Army’s Rugby Football Club. Chad graduated from West Point with a Bachelor of Science in May 2003 and was commissioned as an Aviation officer in the United States Army. After completing flight training at the Army Aviation Center in Fort Rucker, Alabama in 2004, Chad became a UH-60 Black Hawk helicopter pilot and served in Germany as an Executive Officer for a forward deployed Divisional Air Traffic Services company during Operation Iraqi Freedom II and as a Platoon Leader providing combat aviation support to the 1st Infantry Division. He was subsequently promoted to Captain and served as an Aviation Company Commander and Pilot-In-Command for Company C, 3-1 Aviation Regiment, Combat Aviation Brigade at Fort Riley, Kansas from 2006 until 2009 when he transferred to Fort Bragg, North Carolina. At Fort Bragg, Chad served as a Senior Rotary Wing Aviator flying Black Hawk helicopters in support of domestic training missions and international military deployments with the 82nd Airborne Division. During his military service, Chad was awarded the Bronze Star Medal, Iraq Campaign Medal with three Campaign Stars, the Afghanistan Campaign Medal with Campaign Star, two Air Medals, Combat Action Badge, Senior Aviator Badge, and various other awards and commendations. In 2012, after over nine years of service and multiple combat deployments to Iraq and Afghanistan, Chad was honorably discharged from the Army and relocated to the Santa Cruz, California area to work as a civilian helicopter pilot and be with the love of his life, Nicole Peyton. Chad and Nicole were married in September 2014 and together they created two beautiful children, Isla and Ellis. When he wasn’t flying helicopters as a first responder, Chad enjoyed spending time with his family, exercising, hiking in the forest, surfing, traveling, and helping his friends and fellow veterans. Chad is survived by his wonderful wife, Nicole, and his two precious children, Isla age 5 and Ellis age 3; his mother-in-law, Leslie Perrigo of Santa Cruz, CA; his mother and stepfather, Janet and David Box of Corralitos, CA; his father and stepmother, Robert and Susan Peyton of Chandler, TX; his brother and best friend, Eric Peyton of Dallas, TX; his brother, Matthew Peyton and nephew, Reese Peyton, both of Richardson, TX; his brother and sister-in-law, Zach and Carlie Peyton, and their children, Tyler, Emory, Mattie, and Gentry, all of Jacksonville, FL; his sister and brother-in-law, Megan Peyton and Lee Jaster of Austin, TX; his aunt, Beverly Branch of Sanger, TX; his cousin, Blake Branch and his wife, Jaclyn, and their children, all of Krum, TX; his cousin, Charlie Branch and his wife, Ashley, and their children, all of Gainesville, TX; his uncle and aunt, Michael and Janis Peyton of Jamestown, NY; his cousin, Clint Peyton and his wife, Tashiana, and their children, all of Jamestown, NY; his cousin, Amber Peyton of San Diego, CA; his uncle and aunt, Charles and Stacy Peyton of Maypearl, TX; his cousin, Spencer Peyton and his son, both of Maypearl, TX; his cousin, Pierce Peyton of Eugene, OR; his aunt, Mary Lillpop and her husband, Jerry, of Mount Zion, IL and Mary’s family, Mark and Sheila Bodine of Rutledge, TN; Russ and Melodie Bodine of Decatur, IL; and Bridgett and Dennis Durbin of Decatur, IL; and also Chad’s numerous friends across the country. The Veteran Surf Alliance will honor Chad’s life with a paddle out at Capitola Beach in Capitola, CA on June 19, 2021, at 10:00 AM Pacific Time. A celebration of Chad’s life will be held in Texas at Chandler First United Methodist Church, 507 North Broad Street, Chandler, TX 75758 on June 26, 2021, at 11:00 AM (cst). The Celebration of Life live stream will start at 10:00 AM (cst) with a slideshow and move into the service at 11:00 AM. You can view the live stream on the church's website on their "Online Worship" link: https://chandlerfumc.org/online-worship. You can also view the live stream on the church's Facebook page at https://www.facebook.com/ChandlerTXFUMC On day of service, four hours before, there will be notification on both sites for the live stream to start. In lieu of flowers, please make a donation in memory of Chad to the Veteran Surf Alliance (www.veteransurfalliance.com), an organization Chad loved dearly and where he spent time connecting with other veterans.